Cody and TJ keep it real at UFC 217 press conference 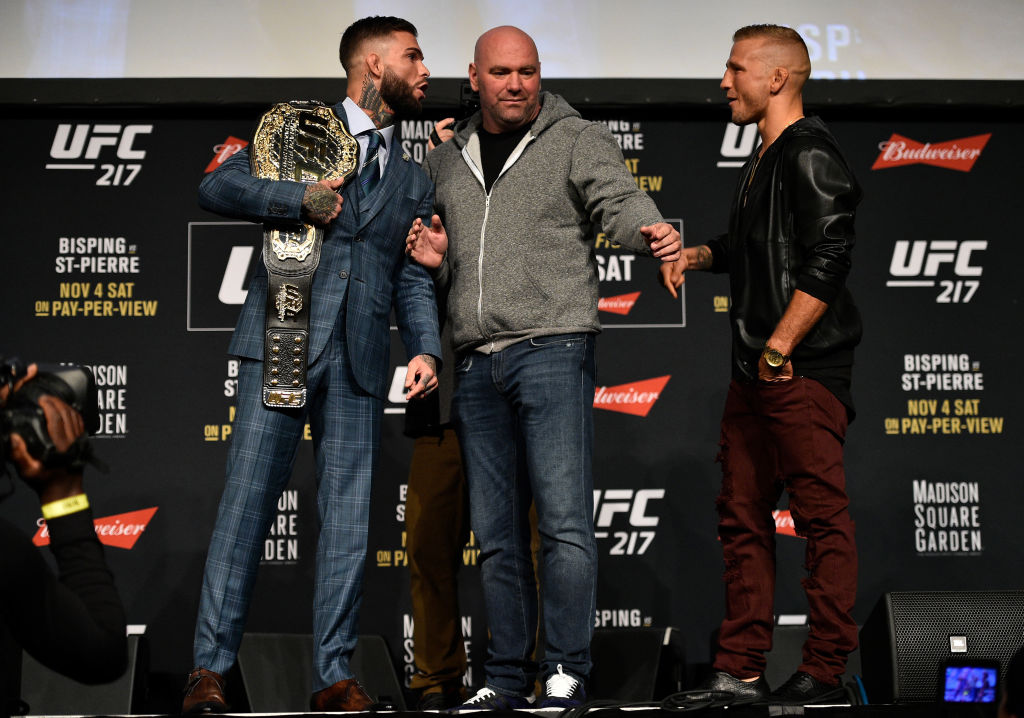 Unsatisfied with his opponent Georges St-Pierre’s verbal sparring skills, Michael Bisping gave a nod to the string of insults and animosity ruthlessly hurled back and forth between Cody Garbrandt and TJ Dillashaw.

“See, that’s how you do it, Georges,” Michael Bisping joked. “That’s called a back-and-forth.”

It didn’t stop there between the former teammates, who made it clear their rivalry is fresh as ever at the UFC 217 Press Conference in the Madison Square Garden.

The barbs came in such a brutal, rapid-fire stream that there were moments in which it was difficult to tell which fighter was speaking.

"How about when you went home crying?"

"How many times did you quit practice?”

“You can’t condition that chin of yours!”

“The guy is on everything!”

In the fight game, promoting the fight often means insults and verbal sparring to gain the imagination and interest of the fans. Sometimes it’s real, sometimes it’s forced. The storyline that follows the falling-out between Garbrandt and Dillashaw is well-documented. But if there was a revelation at this press conference, it was that both fighters have legitimate, unmanufactured vitriol for one another.

Time and again, both fighters had been asked if they could set their personal emotions aside and regard the fight as merely an exercise in technical prowess. Or if they could shake hands and end the beef when it was all over.

Their attempts to be amicable and respectful in their answers were valiant, if in vain. Any attempts at giving a diplomatic-type answer quickly devolved into more personal insults. The hatred was so clear that upon hearing the animated crowd, it caught Bisping’s attention once again.

Coming from a seasoned trash-talker like Bisping, the weight of the words had suddenly gotten even heavier.