For UFC 277, Kyte called upon Marc Montoya, the head coach at Factory X Muay Thai, and striking coach Sean Madden, who is currently freelancing after spending several years with the Elevation Fight Team.

This time around, the tandem talk about the interim flyweight championship fight between Brandon Moreno and Kai Kara-France that serves as Saturday’s co-main event. The pair previously faced off at UFC 245, with Moreno winning a unanimous decision with scores of 29-28, 30-27, and 29-28, but now they’ve got two more rounds to work with. 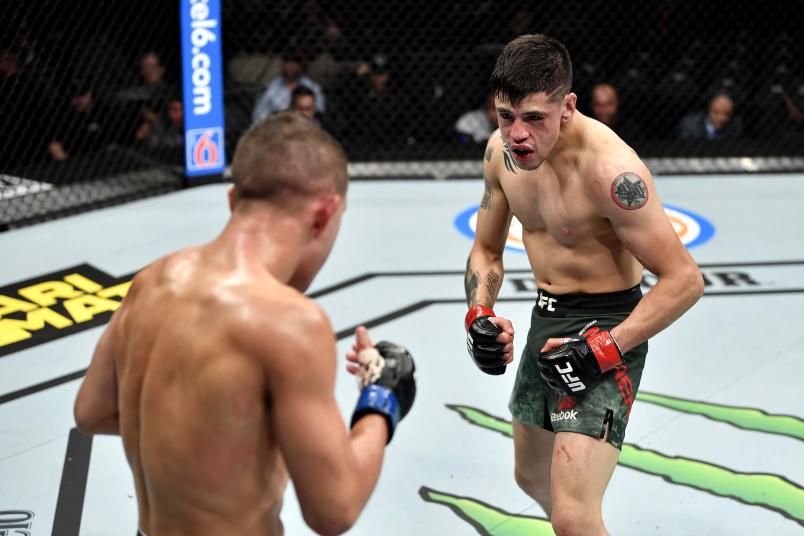 Montoya: I think what won Moreno the title is his ability to get to the body lock. He’s a good striker, he’s obviously got a good ground game, but the thing that he won the title from was the body lock; he transitioned into the body lock and took a lot of power away from Deiveson (Figueiredo) and put him on his back.

Whether he kept him there didn’t matter — it’s that he constantly put him there, especially in the first fight they had. His ability to slow a fight down and control it on top is absolutely something that is a great trait that he has, for sure.

With Kai, his patience and power are impressive at ’25. As you start to get higher in weight, they all start to carry that power, but at the lower weights, they don’t all carry power in their hands, and so he’s got good power and good patience in his hands. He can put anybody out with one punch and that’s a good trait to have, especially at that weight class.

Where he comes from, the team that he’s with, he loves to f****** be in there and loves to fight. You can certainly say the same thing for Moreno and where he comes from, what he’s come through as well, but I think Kai really embodies that in his fights. He’s never going to back down from a gunfight.

For Moreno, he’s got a lot of them, but his speed and ability to punch in combinations is going to be really important for him in this fight.

Madden: From Brandon, he’s going to have to stay behind his jab and use his speed. I think one weapon that we saw that worked for him in that last fight was that left kick, so if he can mix up his weapons again on the feet, I think he’s shown that he has a little more diversity in his weapons.

I think, for him, using the diversity of strikes on the feet could end up resulting in a victory for him.

For Kai, he’s got to put Moreno on the back foot. Fighting is about momentum, and Kai’s going to have to steal momentum early — push Brandon back and keep his momentum; not stay at Moreno’s range, because I think he’s the faster puncher, the faster striker.

Montoya: With Moreno, if he fights Kai similarly to how he fought Deiveson and blends his body lock into his striking and all the unorthodox stuff that he does on the feet, especially the first fight, that’s his path to victory, for sure.

If he can, he has to utilize his power and cut off the cage in order to pin Moreno in and find an opportunity to set his feet. 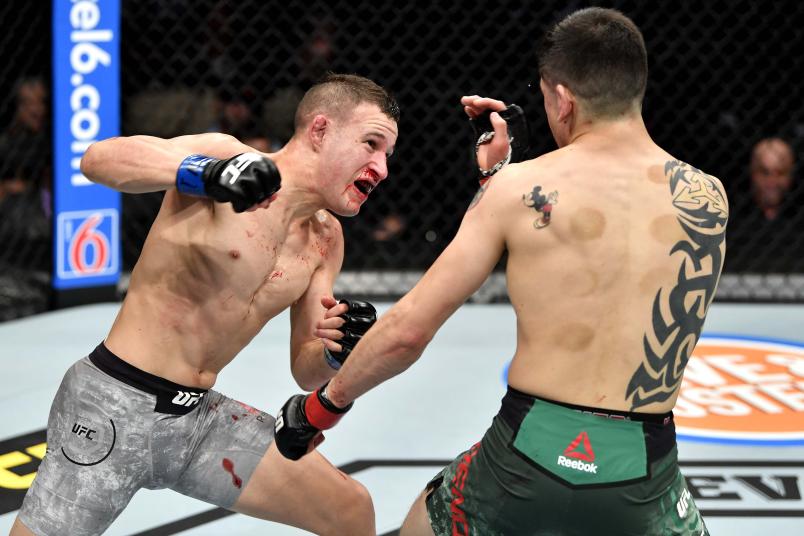 Montoya: If Kai gets controlled like Deiveson did, it could be a long night for Kai, but if he can defend it and do his thing like he did against Askarov — stay at range and pin him with pressure; fight him in a triangle — it could be a great night for him.

It’s a huge fight for these two!

OTHER FREE FIGHTS: Kara-France vs Garbrandt | Figueiredo vs Moreno 2

Madden: I’m actually really interested — Brandon has been training with (James) Krause, right? This is his first fight under him?

For me, looking at it from a coaching standpoint, I’m really interested to see — I don’t think we’re necessarily going to see technical adjustments for Moreno — any time a fighter of championship caliber comes to you, you’re not necessarily going to be making technical adjustments — but I do think Krause is a really great coach in terms of making tactical and strategic adjustments, and I think we’ll be able to see that over the five rounds.

I’m excited to see what those adjustments look like training under Krause for this fight because I do think it could be an X factor in this fight.

Montoya: Knowing both of them very well because we’ve prepared for them and then just being a student of the game, the thing I look for is do they look like the same version or are they going to be a different version of who they’ve been with little sprinkles of different on top of what they’ve done?

That’s one of the things I look for a lot, especially with guys that are in the same divisions as the UFC fighters that I have. I watch to see if those kids are continually growing or are they bringing the same stuff every fight?

What I’m hoping to see from Kai early in the fight and building on it is more body work and leg work to ultimately set up the right hand. I’m going to be keeping an eye on a little more patience from Kai with the right hand, using a couple other weapons, and attacking all three levels to set that shot up.

Marc Montoya is the head coach of Factory X Muay Thai in Englewood, Colorado, and leads a team that includes flyweight standout Brandon Royval and surging veteran Dustin Jacoby. He’ll be in the corner of Anthony Smith on Saturday night as “Lionheart” takes on Magomed Ankalaev.

Sean Madden teaches Muay Thai at Easton Training Center in Denver, Colorado and was a long-time coach with the Elevation Fight Team. Currently freelancing, he most recently worked with Lauren Murphy ahead of her dominant victory over Miesha Tate at UFC Long Island.