After Conor McGregor fell to Nate Diaz at UFC 196 - the first loss of his UFC career - the entire SBG Ireland team took it to heart. 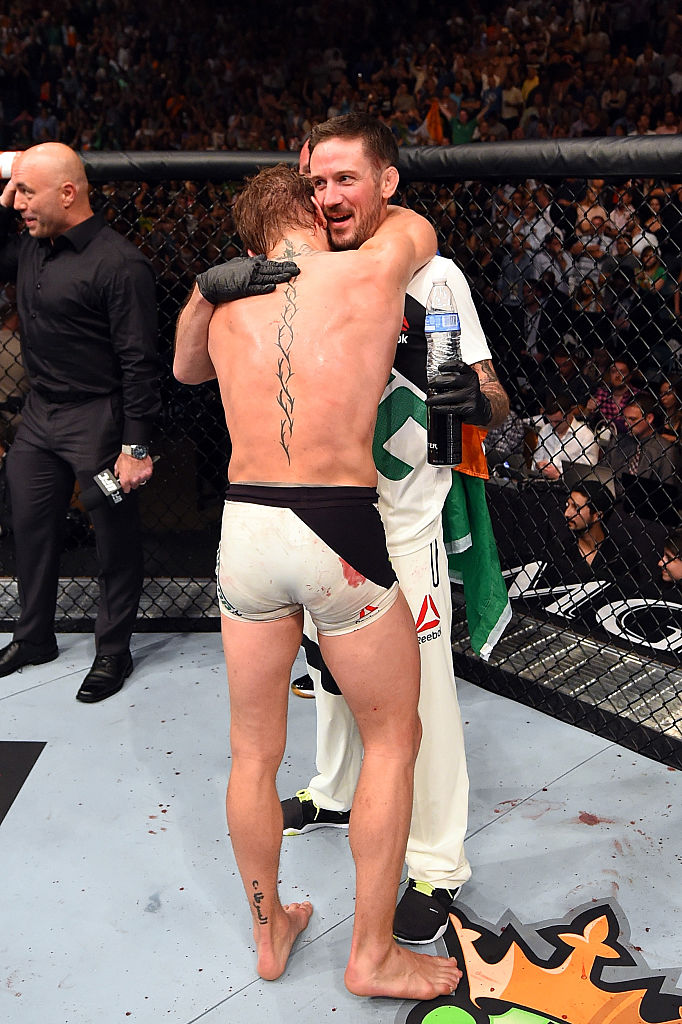 In a blog post for The42.ie, McGregor's head coach John Kavanagh said that the camp leading up to the rematch with Diaz has been completely different. Each day, McGregor has followed the same routine and he is specifically preparing to face a bigger and more experienced fighter in Diaz at UFC 202.

McGregor and Kavanagh have studied the first fight and have implemented a game plan for the sequel.

"There’s no comparing this training camp to any we have done previously," Kavanagh wrote. "Routine hasn’t been something you would have associated with Conor’s preparations in the past. But this has been like nothing we’ve done before and it’s going to be a massive help for his next number of fights, not just this one."

RELATED: Buy UFC 202 tickets now to be a part of historic McGregor-Diaz rematch | Short look at the rivalry of McGregor-Diaz and the build up to the rematch | Pre-order UFC 202

It's been well-documented that McGregor didn't spar a single southpaw boxer before his first fight with Diaz. For this camp, McGregor has been putting in rounds with big middleweight southpaws to help prepare for Diaz's size and power.

Kavanagh said that he expects the rematch to be a completely different fight and that the key for McGregor will be patience in his approach.

"This is a very important fight for Conor, but I also feel that my own reputation as a coach is at stake," Kavanagh said. "This contest can be a bit of a game-changer for us all.

"There can be no excuses here if we don’t get the result we’re pursuing. The preparation has been flawless. But the reassuring thing from our point of view is that I know we won’t need any excuses because it’s not going to come to that."