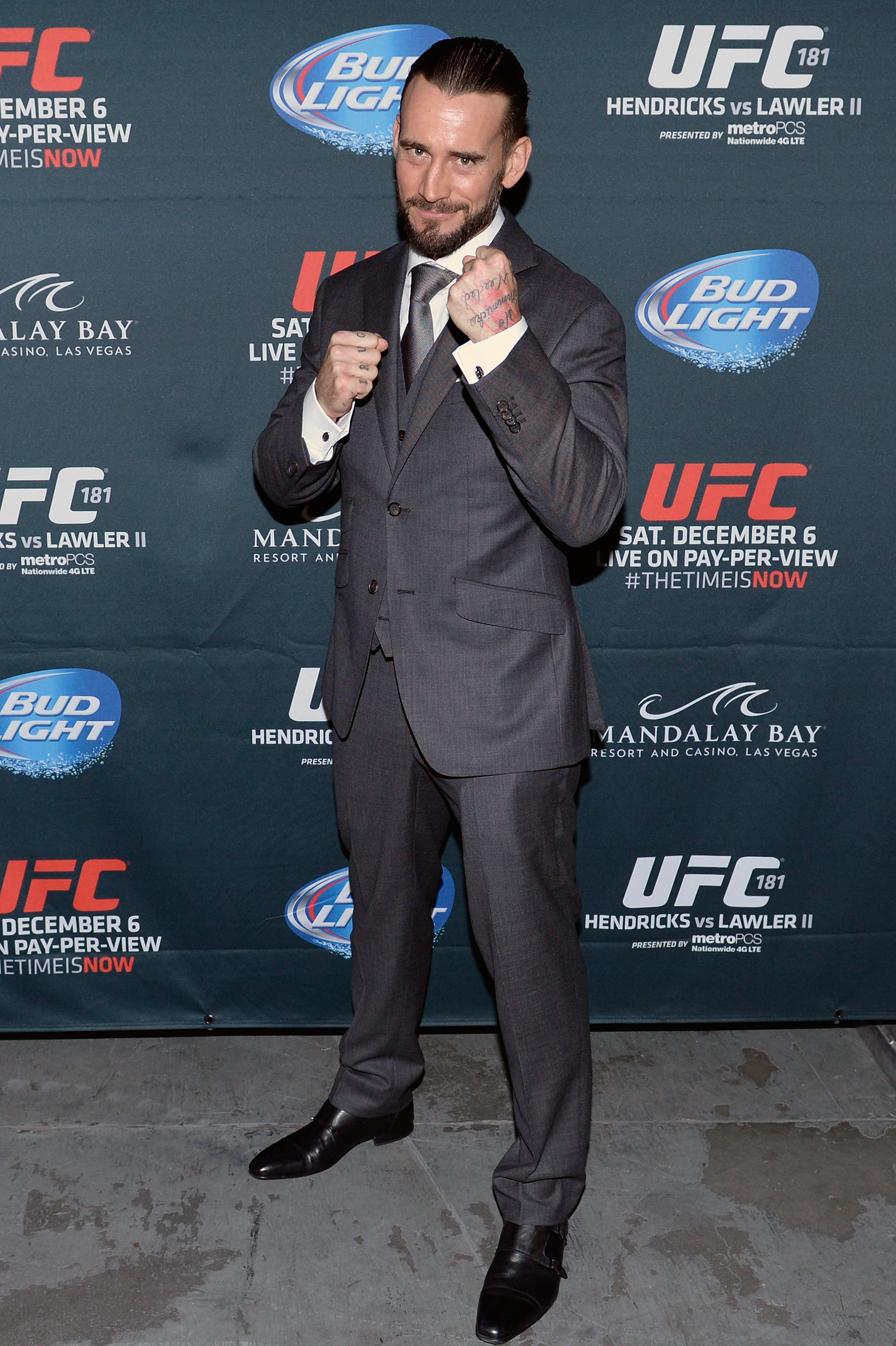 It was a little more low key than NBA superstar LeBron James announcing that he was taking his talents to South Beach in 2010, but UFC President Dana White’s revelation on FOX Sports Live Tuesday that former WWE superstar CM Punk had found a training home to prepare for his UFC debut in 2015 still made waves in the world of mixed martial arts.

That home? The Roufusport gym in Milwaukee run by head coach Duke Roufus, who couldn’t be happier with the latest addition to a team that includes the likes of UFC lightweight champion Anthony Pettis, his brother Sergio, Ben Askren, Chico Camus, Dustin Ortiz and Erik Koch.

“I met him in Chicago through some mutual friends when Anthony fought Donald Cerrone (in January of 2013) and we really hit it off and connected in a lot of different ways,” Roufus said. “I’m excited to work with him. Obviously he has a load of doubters out there, but I enjoy that and that motivates me as a coach and teacher to these guys. For the longest time, I was mouthing off that Anthony Pettis was going to be the greatest of all-time. People thought I was crazy, but look at Anthony Pettis now.”

Since Punk (real name Phil Brooks) announced his intention to compete in mixed martial arts at the highest level of the sport, speculation swirled around his choice of a training team and who would prepare him best for the rigors of MMA and for fighting the elite of the sport. For the Chicago native, location was important, so Roufusport fits the bill as an approximately 90-minute drive away. But even more key was going to a place where he could learn from the best while not having to worry about being a target as “the pro wrestling guy.” Roufus, a former pro kickboxer who has built his squad into one of the best in the game, believes Punk has found that place.

“I do run a tight ship,” he said. “I don’t allow cheap shotters, and we actually don’t do a lot of training camps. Our guys are full-time members where they’re part of the team and the family year-round. Not putting anyone down, I just like that method. That’s what Phil wanted, and with him living in Chicago, it’s a great fit for him to be close as well.”

As for the rest of the team, Roufus says they’re excited to welcome their newest member, with 2008 Olympic wrestler Askren being a key cog in the machine to get Punk ready for MMA.

“Ben’s a coach and an athlete at our team, and he’s done an amazing job with our wrestling program for MMA,” Roufus said. “He’s so on board and he’s excited to work with Phil, and Anthony and Erik Koch, they all have open arms and they all want Phil to join our team. Our philosophy on our team is ‘a high tide raises all ships.’ When one guy’s doing great, everyone’s gonna get to shine and it makes more opportunities.”

Of course, it doesn’t mean that this is going to be easy, and Roufus knows that it’s going to be an uphill climb at first. But then again, any coach worth his salt loves a challenge, and this certainly fits the bill.

“I’d be a liar to say I don’t have doubts, but the great Mike Tyson said ‘if you’re not scared, you’re lying to yourself,’” he said. “All great fighters are scared before they fight; that’s what makes them perform better. My doubts are going to be the fuel that’s going to help Phil and I just want him to succeed just like any of the guys or women I work with.

“I’m a big fan of desire, and desire trumps a lot of things,” Roufus continues. “I talk about Anthony Pettis having the potential to be the greatest of all-time, and yes, he is gifted and talented, but what makes Anthony special is his desire, and I see a desire like that in Phil, and that’s what excites me about working with him. I really like his attitude. He’s putting himself in our hands, and he just wants to be molded like clay, and that’s my favorite situation, where people just want to come in and learn from the ground up.”

And if anyone doubts Roufus’ ability to bring a fighter up from scratch to the UFC level, the success of the Pettis brothers and several other Roufusport products can end that argument in a hurry. The coach is particularly happy with the development of Sergio Pettis, who is currently making waves in the UFC’s bantamweight division.

“I saw Sergio grow up in front of me,” Roufus said. “He’s not even close to his potential yet, and that’s the most satisfying thing. That’s where the trust and the relationship comes from, because we grind together and we shine together. We go through the whole struggle of the journey, and I’m excited to take the journey with Phil.”

It’s a journey Roufus believes CM Punk will succeed in.

“I grew up in a family of martial artists and I wasn’t the greatest fighter but I was around some of the greatest fighters and I know how to help the guys that are awesome and I know how to help people overachieve,” he said. “I’m an overachiever and Phil can count on that I’m gonna help him 101 percent to reach his goal. Success is made out of cans, not can’ts, and you’ve got to believe to achieve. And I believe Phil is going to make a dent in the UFC.”