Clay Guida - Eager for a Fresh Start at Featherweight

"We’ve been all over the place and it’s been a fun road, and the road is gonna continue with more success at featherweight." - Clay Guida 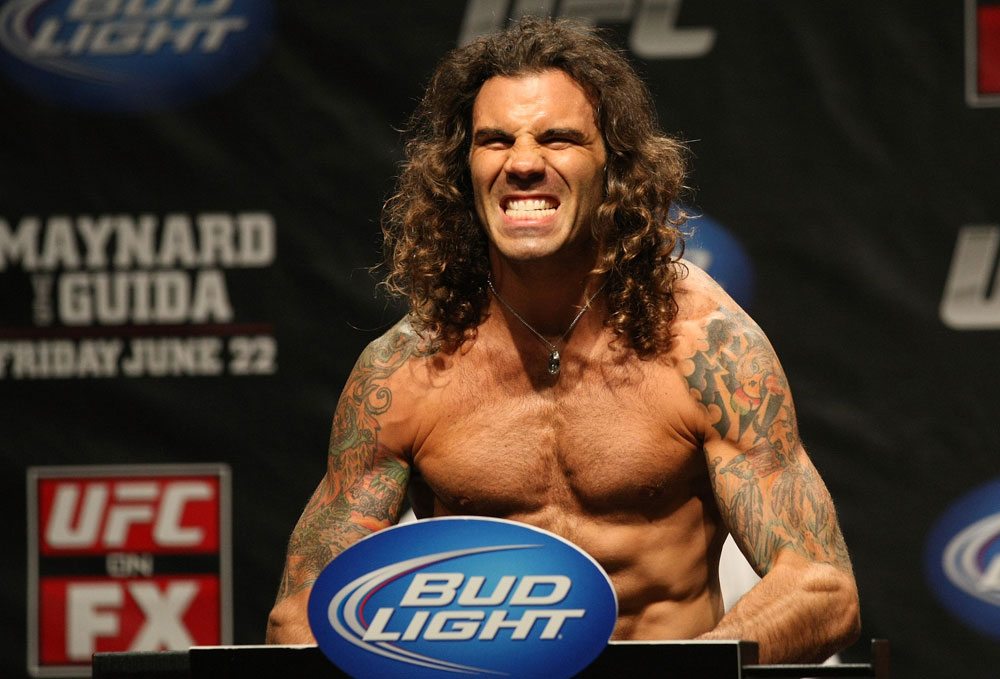 Despite his current status as one of the UFC’s most popular fighters, Clay Guida is old school. Old school in the sense that he’s been plugging away in this sport since before there were action figures, trading cards, and network television deals. So when the longtime lightweight contender filmed a commercial and had his face plastered on billboards for one of his sponsors, SafeAuto Insurance, it hit home just how far he had come in a little under a decade.

“It really does,” said Guida. “My sister and her family live a block or two away from where one of the SafeAuto billboards is, so it’s really cool. Talk about hitting home, when your little niece and nephew get to see this thing every day on the way to school. It’s special in that sense, and the support system from Safe Auto and the UFC combined has just been huge in our family and inspiring to our teammates and other MMA fighters that can use the extra promotion and exposure in building their names.”

And while every little bit helps in that aspect, given Guida’s personality, fan friendliness, action-packed fighting style, and wild mane of hair, you get the impression that he would have made it into everyone’s living room one way or another, even without the SafeAuto exposure. It’s why Guida – win or lose – has always been must see TV since his UFC debut in 2006, and he’s got the five Fight of the Night and two Submission of the Night awards to prove it.

Yet despite his success, after close losses to Benson Henderson and Gray Maynard, Guida decided to make the move ten pounds south to featherweight, with his debut at 145 pounds set for January 26th in Chicago against Japan’s Hatsu Hioki.

“We fought the best in the lightweight division and got very close to the top,” he said. “We’ve had a couple of chances for a number one contendership or whatever you want to call it, and had some Fight of the Night bonuses and Fight of the Years. We’ve been all over the place and it’s been a fun road, and the road is gonna continue with more success at featherweight.”

This past June, Guida went five rounds with Maynard in a bout that ended with a controversial split decision going to “The Bully.” It wasn’t the first close decision Guida was on the wrong end of, but it was the one that pushed him and his team to consider a change of scenery.

“Looking at my record in the UFC, 9-7, it just doesn’t sit well, and I demand more out of myself and I know I can do better and always improve,” he said. “People see my fighting style, and if they’ve seen my fights, that record could be 15-1 just like that. I think there’s only really one fight that I went out there and it wasn’t even a close fight, and that was the Kenny Florian fight (in 2009), which helped change my career in a positive way. So looking at it as a whole and in the bigger picture of my career, after the Maynard fight I spoke with my brother (fellow fighter Jason Guida), who is a huge influence in my life and my career, and he said it might be that time to cut those extra pounds and get down to ’45 and start pushing people around and start knocking dudes out. He said ‘You had some close fights, you stunned Gray a few times and wobbled Ben, but we’ve gotta start finishing these guys.’ So I thought about that, and let it soak in for a while.”

And after consulting with his Jackson’s MMA coaching staff and his management, Guida pulled the trigger on what isn’t just an intriguing move for his career, but for the featherweight division as a whole, as Guida joins former UFC lightweight champion Frankie Edgar as newcomers to the 145-pound weight class in 2013. Guida’s excited about the move and about the coming year.

“I just know that with the impact that Frankie and I are gonna make, and along with my teammates Cub Swanson and Diego Brandao, we can run the division,” he said. “I don’t put myself on a pedestal; I just know how competitive we are, and that with the proper training and the proper diet, it won’t be more than a couple fights before the UFC’s gonna want to put a big face in there. So I’m excited about the opportunity that lies ahead of us.”