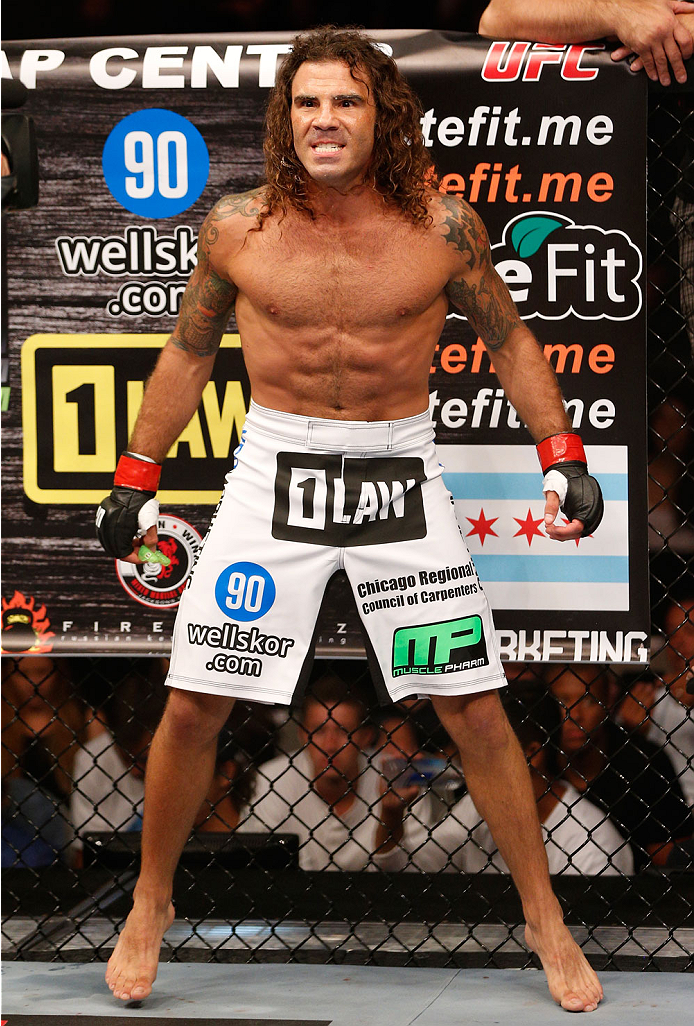 “The dude has gone west, the Winnebago is still out in Illinois, staying cold until I get back.”

With that, the next chapter of the wild and wonderful journey of Clay Guida begins. Sure, it would have been nice to know that the storied Dudemobile was heading out to sunny California with the featherweight veteran, but the 33-year-old has found other ways to occupy his time and get around his new haunts in between training sessions, including a beach cruiser, skateboard, and Chevy Blazer.

It’s not your typical life, but would he have it any other way?

“I love the west coast,” he said. “I love the water, the activity, everyone is always on the move doing something healthwise or businesswise, and there’s so much to do and that’s what I want to be around. It’s a good fit for me.”

The Illinois native’s past few years had been spent primarily in Albuquerque, New Mexico, where he became a key member of the Jackson / Winkeljohn camp. But after a second-round submission loss to Dennis Bermudez last July, which put him at 2-2 in the 145-pound weight class, he did some tape watching and soul searching, and he decided to shake things up a bit.

“I believe in my last fight I was being a little predictable and I wanted to broaden my horizons,” he said. “It’s that simple. I wanted to mix it up a bit and re-oil the machine a little bit.”

This is around the time where the drama comes in – the personality clashes, the need to get away from a system that wasn’t working anymore. Well, sorry to disappoint, but there was none of that with Guida’s departure. In fact, even though he’s prepared for his Saturday bout against Robbie Peralta with the Glendale Fighting Club and Team Alpha Male, he may very well grace the Jackson / Winkeljohn gym again in the future.

“I spoke to those close to me (about the move), and Greg and Wink are behind me as well,” he said of coaches Greg Jackson and Mike Winkeljohn. “I spoke to them before anyone, basically, and they were all for it. They said the door is always open, and come on back and teach us some stuff. So everything’s all good, and that’s still my home. I’m just working out west a little bit and then I’ll be back at Jackson’s in the future as well.”

As a member of the upper echelon in the UFC for over eight years, Guida would likely have his pick of training camps in a situation like this. But the winners in “The Carpenter” Sweepstakes were in Glendale and Sacramento.

“My manager and I spoke, and obviously at GFC the striking speaks for itself,” Guida said of the gym led by Edmond Tarverdyan, head coach for women’s bantamweight champ Ronda Rousey. “They’ve trained many boxing champions and I have buddies that live near there, so I figured as far as convenience, let’s check it out for a week or two, which I did, and I enjoyed their system and the process of how I was being taught, so I stuck with that. And then I’ve been friends with (Team Alpha Male founder Urijah) Faber for years. We got into this around the same time, we’ve been good buddies for a while, and he’s been asking me to come out to train before I was even in the UFC. So I said all right, let’s check that out too. He’s got an amazing camp, and I had visited them the week that he fought Jens Pulver the first time, and I was out there training and working out with those guys just for fun and I knew they had something special. So I wanted to get back and see how they had developed. It was an extended invite that I took them up on finally.”

With some new faces, new training philosophies, and plenty of killers to spar with, Guida couldn’t be happier at this point in time. But happy is the usual state for The Carpenter, and that’s a rarity in a sport where the days can be quite grueling, especially deep into a training camp.

“Hard work can work against you or work with you,” he said. “Wrestling is the hardest sport on the planet. You can make it fun or you can make it miserable. I choose to make wrestling and MMA fun. Some people despise it. The road is not for everybody. I enjoy the process, the path along the way.”

Guida enjoys winning too, and even though Peralta has legitimate one-shot stopping power, he’s also going to be right in the face of the pride of Round Lake, Illinois, and that’s music to this veteran’s ears.

“I think Robbie is going to have evil intentions and will be swinging for the fences,” Guida said. “That’s what I expect from him. We expect him to be trying to stop our takedowns and keep it on the feet, and those fights are always catered to our style. We find a way to get past those punches, throw a few combinations and get to what we do best, and that’s putting guys on their back and keeping their hands by their side and making our jiu-jitsu and wrestling take over from there.”