The 30-year-old Welterweight Newcomer Believes He’s A Lion Set To Make Noise In One Of The UFC’s Toughest Divisions.
By Gavin Porter, On Twitter @ItsGavinPorter • Jan. 12, 2023

His sensational knockout win on Season 6 of Dana White’s Contender Series and a subsequent UFC contract was a culmination of hard work 13 years in the making.

“I started dancing Axé, then hip hop, and today I dance funk. We dance everything in Brazil, don’t we?” Ribeiro joked with UFC.com. “Dancing helps motor coordination, so when I went to martial arts, I learned everything so fast. I started with boxing and then went on to MMA and this has been my life since.” 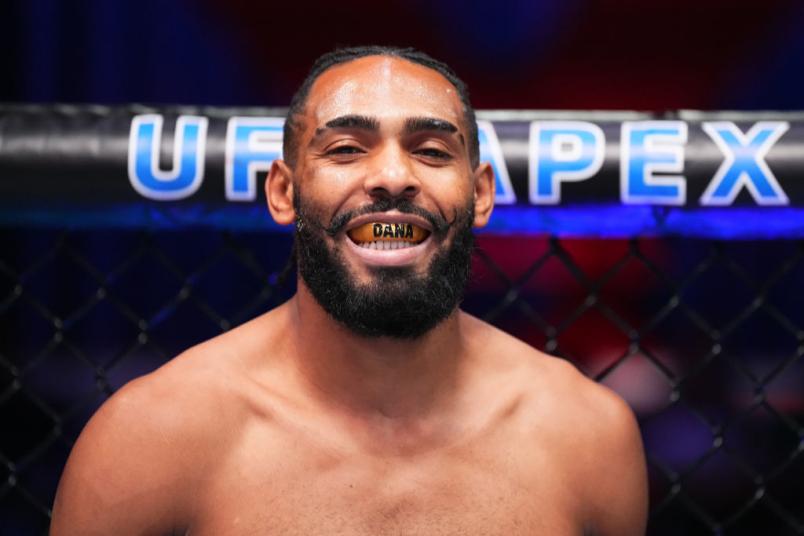 And while it’s been a long journey to reach this point, the 30-year-old expected that he would shine when he got his chance to join the world’s premier organization for mixed martial arts.

“Some people say it was luck, but it wasn't, it was work. It only took 25 seconds, and I got the contract,” Ribeiro said. “I am happy, and my dream came true. Now it will be my debut and I will get another knockout.”

It’s a high-level first test and Ribeiro couldn’t be happier to face such a respected opponent in his first trip to the Octagon. He believes Alhassan is the perfect dance partner to quickly make a name for himself, and he’s determined to do just that. 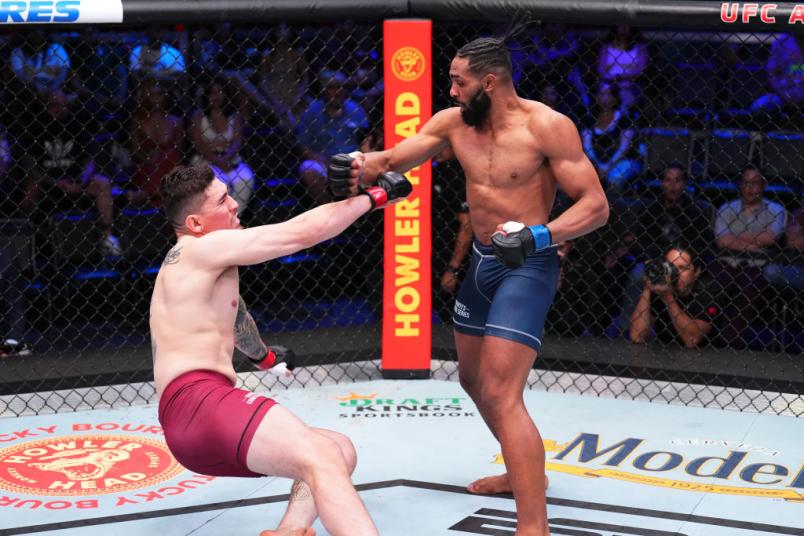 “I have the utmost respect for Alhassan. He is a good guy, a very strong striker, so I think this fight was a great matchup. We're going to come out on top and put on a show for the audience,” Ribeiro said of his UFC Fight Night: Strickland vs Imavov opponent. “He is an aggressive guy, just like me, and very good at it. But that's the thing, right? The way things come, they also come back.”

Ribeiro is confident that he’ll keep that trend going this weekend.

“There will definitely be a knockout. I have a lot of respect for him, but when the Octagon door closes, I will take a real storm to him. There will be a knockout for me, no doubt,” Ribeiro said.

Ribeiro isn’t nervous for his first dance in the Octagon at all. He feels like he’s exactly where he’s meant to be and wants to establish himself as a fan favorite and the type of fighter that not only puts on entertaining bouts but is also a personality that fans can relate to.

“For those who doesn't know me, Cláudio Ribeiro is an aggressive guy inside the cage. I am a lion, but also a very playful guy who likes to have fun. You will see a show in this debut, you can be sure,” Ribeiro said. “It is the first event of the year and I have to show everyone what I came here to do.”

“As I said, the UFC is my home. I'm building one wall at a time and the belt will be the ceiling. One step at a time.”