Claudio Puelles, like so many of us, is a Clay Guida fan.

“He has a lot of wars. I remember his fight with Diego Sanchez. That one was crazy. I think I was just starting to watch UFC—not even training—12 years ago or something.”

It’s a surreal experience for the Peruvian lightweight; soon to be standing across the Octagon from a fighter he used to watch on television as a teenager. Puelles will turn 26 just two days before their tilt at UFC Fight Night: Lemos vs Andrade. Guida turned 40 last December. 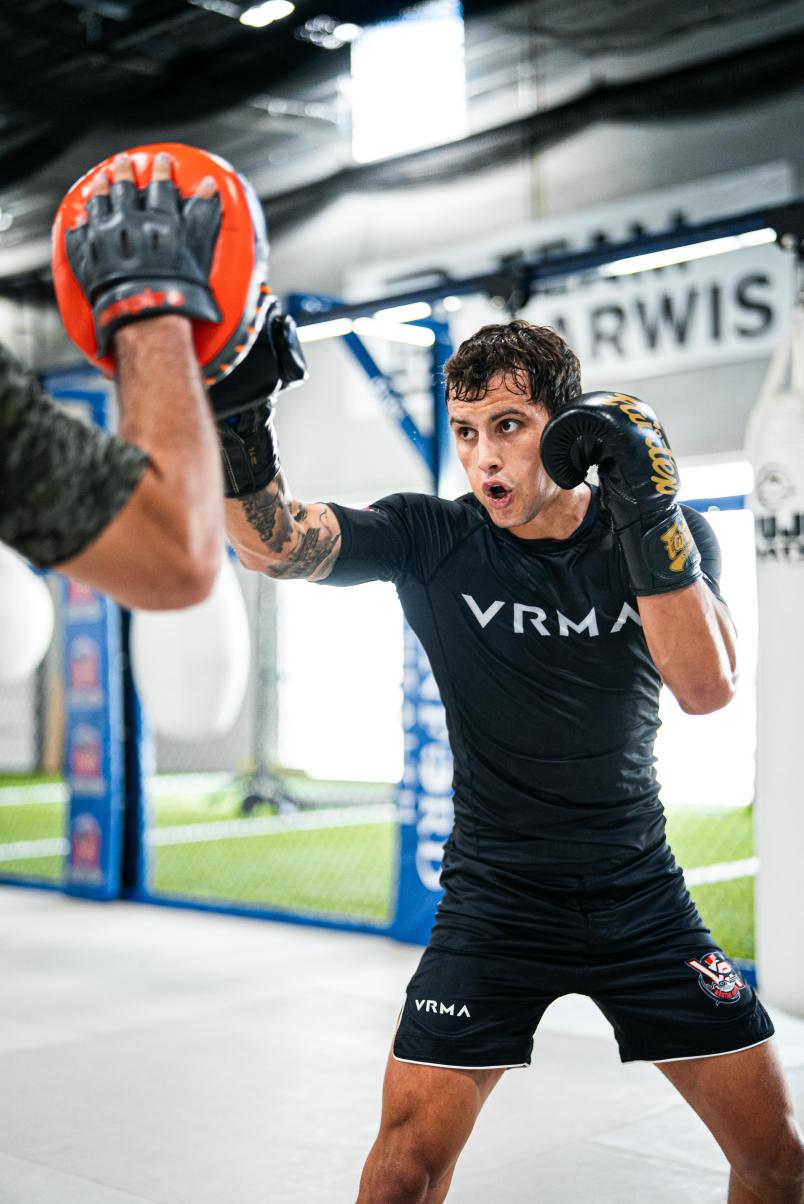 “This fight really motivates me. It’s been a long journey for me,” as he says this, he smiles and catches himself, nodding to Guida’s 55 professional fights vs his own 14.

“I know his has been like, four times mine. But I’m on my way up and this is next for me.  It’s a fight that people are going to remember. That’s what I’ve been looking for, for a long time.”

The waiting, as the song goes, is the hardest part. Despite his still-tender age, Puelles has spent much of his career waiting. Logistics, pandemics and plain old bad luck sometimes resulted in full years passing between bouts. But since relocating to Florida’s Sanford MMA, “El Nino” was able to put together two wins in 2021, bringing his current win streak to four.

“I’ve been looking to be consistent for a long time. I’ve struggled with that, for sure. I don’t want to say ‘I’m back’ because I never felt like I left. But I’m here now. There’s no stopping me.”

Guida will easily be Puelles’ biggest, highest-profile test to date, and it’s precisely the type of moment he dreamed about in all those years of waiting.

“He’s a warrior, for sure. He’s one of the tough guys. That’s why I’m happy, because I’m getting a tough guy. The last guy I fought was very tough, too, but Clay has more of a name, so that’s awesome for me. I’m fighting someone tough and if I don’t finish him, he’s going to give me a hard three-round war. So I’m looking forward to it.”

Here Puelles hits on a hard truth: all the wins in the world don’t mean much if nobody knows who you are; the proverbial tree falling in the forest. He scored a dramatic, third-round kneebar submission over Chris Gruetzemacher last December and was a finalist on The Ultimate Fighter: Latin America 3. But a win over a titan like Guida would be a real moment of arrival in a crowded lightweight field.

“Sometimes you fight somebody tough, but people don’t maybe know them too much. So you can have a tough fight, but they don’t remember those fights. They remember the big names and I’m my way to becoming a big name.”

His placement in the co-main event is a sign he’s indeed on his way, and he’s excited to have the increased eyeballs on his craft. 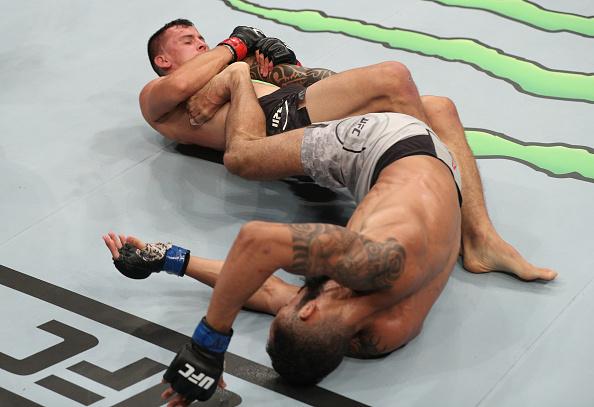 SANTIAGO, CHILE - MAY 19: (L-R) Claudio Puelles of Peru secures a knee bar submission against Felipe Silva of Brazil in their lightweight bout during the UFC Fight Night event at Movistar Arena on May 19, 2018 in Santiago, Chile. (Photo by Buda Mendes/Zuffa LLC/Zuffa LLC via Getty Images)

“I think they’re going to be surprised. Because even though I’m on a four-fight win streak, maybe a lot of people don’t know me yet. But when I take a big name out, like Clay Guida, it’s impossible to deny me.”

Still, it’s easier said than done, and Puelles knows the real work comes Saturday night. The fight might be a lot of things, but it won’t be an easy out, and if he is to get those ranked opponents he covets, he’ll need to impress.

“It is going to be very tactical. I know he doesn’t give up. He hangs in there very good, even when hurt. So I’ve just got to do what I do every day: go in there with a good strategy and a good mindset. I think I’ll take that win.”