Claudio Puelles has just taken the Octagon at the UFC APEX for a test drive. It’s his first visit to the Las Vegas facility, and his first time touching an official Octagon in 21-plus months.

“Nice,” he smiles. “Actually going into the UFC Octagon after a long time, it’s really nice. I go into my gym’s cage all the time, but it’s a different feeling once you’re under those lights. It feels really good. It’s going to be cool fighting in Vegas. Vegas debut. US debut. This is something I was waiting for.”

It’s been a long time coming. The Peruvian had originally been slated to make his Las Vegas debut at UFC 214 in a canceled bout vs Sage Northcutt. That was 2017. Northcutt and the three opponents Puelles would eventually face in his UFC tenure no longer fight for the promotion. And to further confound things, the man is only 25 years old.

“I can’t believe it’s been almost two years; it doesn’t feel like that for me. For people on the outside - there’s so many fights every weekend - they must be asking, ‘Why is he not fighting?’ But I’ve been ready to fight the whole time! It’s incredible. All this time I wanted to fight.” 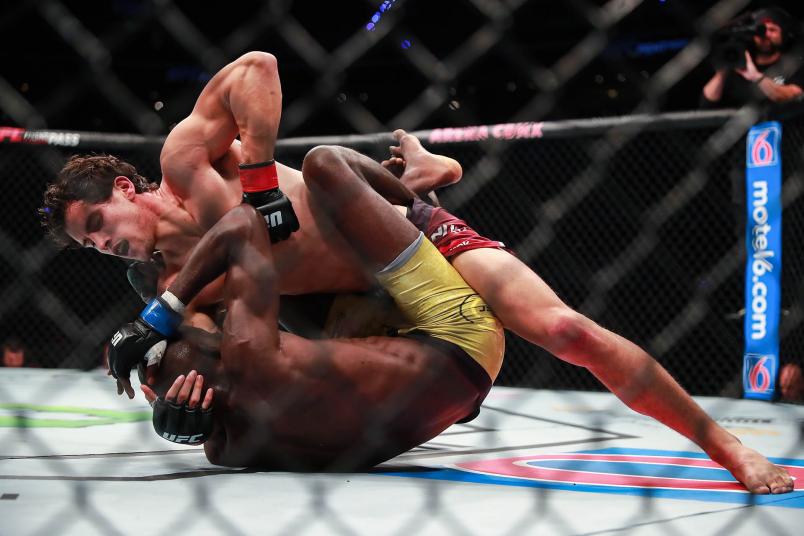 It's true. There’s no injury story here, no suspension story. Some mild logistical hassles, maybe. But mostly just the strange and relentless passing of time.

“The pandemic hit first and I was stuck back home in Peru. I couldn’t leave until December. I had to sell some things to come to the States, because I wanted to stay. I came in February, and I’ve been training since then. I got the fight for June, and it’s all good now. I’m ready to go. I hope I can stay consistent after this. That’s what I’m planning. I really want to have at least two more of these this year.”

In that quest, it helps that he’s landed at Florida’s Sanford MMA, Henri Hooft’s hotbed of top-shelf martial artists. Having relatively few training partners back home in Peru, there was a true period of adjustment.

“It was a little tough at the beginning. I had to adapt, of course. They were in a competitive rhythm. They were sparring hard all the time.  I wasn’t in the best shape; my cardio wasn’t there in the beginning. I was still hanging in there and doing my thing, but I knew the guys were fighting every weekend. They were in better shape. But that changed with time and now I’m good. I’m ready to go. I’m ready to showcase my new skills and abilities in the Octagon.”

He can keep up with the gang now, but it didn’t necessarily make the work any easier.

“Besides the best guys in the world that you see like Michael Chandler and Gilbert Burns and all those guys, there’s a lot of up-and-coming guys that will be in the big leagues soon that are also trouble. No easy rounds. That’s one thing I noticed at Sanford: I got no easy rounds. There are no rounds that I can rest. It doesn’t exist over there.”

So which parts of his game have improved since we last saw him in the Octagon in 2019?

“Oh my God, everything,” he laughs.  “I was so bad back then. I still got a really nice win last time around, but I’ve made a lot of progress. It’s really gotten me to a new phase of my game.”

Puelles enters Saturday on a two-fight win streak, so if his game is as elevated as he believes it is, look for him to start shaking things up amongst the prospects at 155 pounds. Against Jordan Leavitt, he faces an undefeated standout who last knocked out veteran Matt Wiman in a mere 22 seconds. 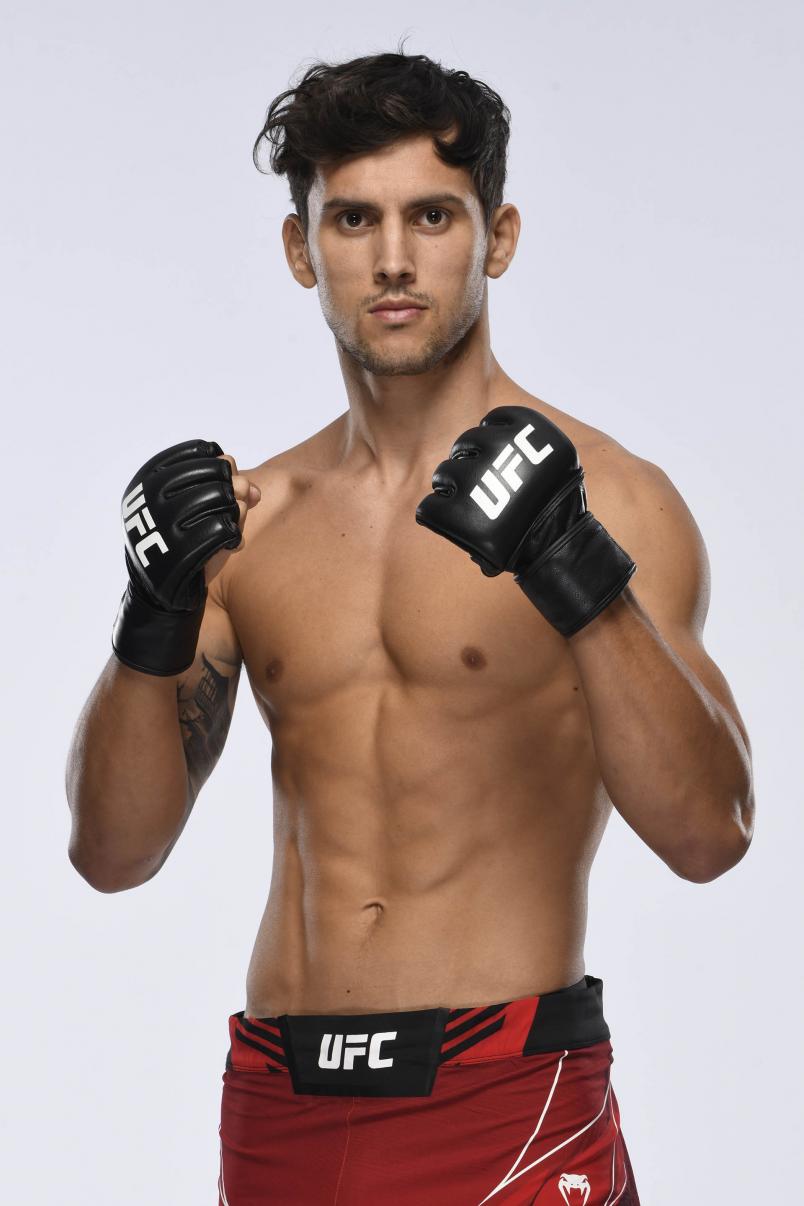 Claudio Puelles poses for a portrait during a UFC photo session on June 2, 2021 in Las Vegas, Nevada. (Photo by Mike Roach/Zuffa LLC via Getty Images)

“I’m going to try to make it more technical and he’s going to rush to try to take me down,” Puelles says, predicting how the contest will play out Saturday. “But it’s not going to be easy for him. It’s not going to be easy to take me down. I wrestle a lot and even if I go down, I pop back up. I love the grappling, so I don’t really mind being on the ground, but I really want to showcase my striking this fight. I think this is the perfect opponent for that. He doesn’t really like striking and I think he’s never been hit in the face…I was trying to find footage. All I see is grappling. I can do that if I need to. But I want to show a different fight this time around.  I grappled a lot in my last fight, I want to strike a lot in this fight. But if I have to go to the ground, I have the resources.”

Still technically in the pandemic era, Puelles’ return won’t be in front of the adoring crowds he recalls from his previous UFC outings. But he’s also the rare fighter who prefers it that way.

“I’ve done this before, similar on the Ultimate Fighter. So I kind of know the feeling. It’s way easier for me. Fighting with a crowd is something else. It’s more exciting, of course, but it’s a lot more pressure.

He hopes to save those pressure-filled moments for bigger dreams, hopefully not too far down the road.

“I want to grow a lot in the UFC so we can have a UFC Peru [Fight Night] and I can headline or be on the main card. I carry the flag every time. I love my country. I love representing my people.”