It was the ending Mark Munoz wanted, a final fight in the Philippines followed by a win, and in his MMA swan song Saturday at the Mall of Asia Arena, “The Filipino Wrecking Machine” delivered, winning a three-round unanimous decision.
“I remember watching super heroes,” Munoz, one of most beloved fighters in the sport said as he took off the gloves for the last time and retired. “I get to reenact that every time I step into the cage. I have a platform to talk about my life. I represent the Philippines, my family, the United States of America. With my anti-bullying campaign and a lot of things, I tried to be a role model for kids today. Thank you very much for the support and the trust in me.” 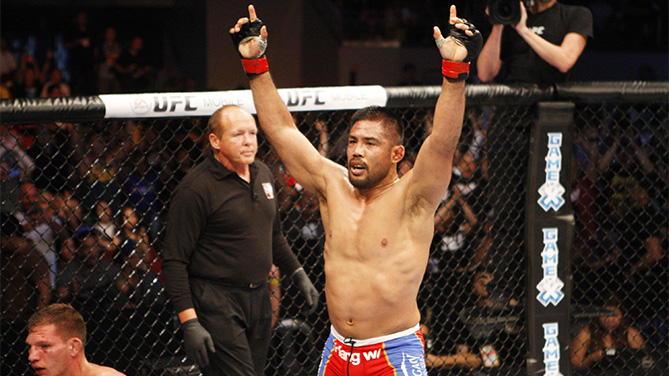 Barnatt (8-3) used his range well as the bout began, but two early takedowns kept Munoz even in the scoring column. After the bout went back to the feet, Munoz landed with two hard rights and then picked up two more takedowns, with the Californian looking better than he has in a long time. Munoz’ patented ground-and-pound attack followed, and Barnatt, while wobbly, was able to rise with under two minutes left. The spring was gone from the Brit’s step though, with Munoz easily taking the opening frame.

Defending Munoz’ first takedown attempt in round two likely did wonders for Barnatt’s confidence, and while the second one from “The Filipino Wrecking Machine” was successful, Barnatt got back to his feet smoothly, showing that he was not going to go away quietly, and the knees of “The Big Slow” to the body were starting to pay off as Munoz slowed his attack. 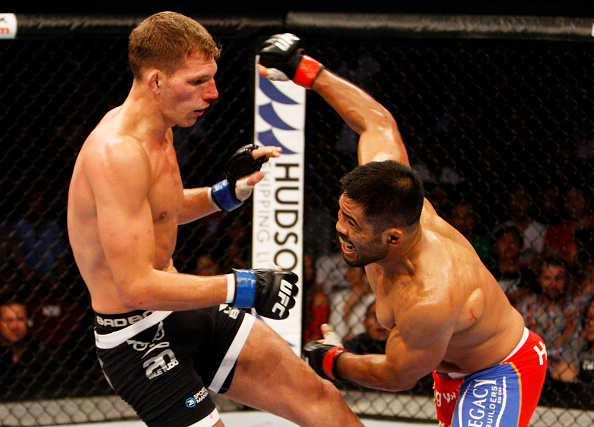 Munoz got the final round of his career off to a good start with two thudding overhand rights, but he was unable to get the fight back to the mat. Undeterred, Munoz fired off several hard shots and got his takedown, although Barnatt rose immediately. What the Brit needed though were some points, and with Munoz locking him up against the fence, those points were few and far between. Midway through the round, the two separated and Barnatt again showed off his chin after eating another series of right hands. From there, Munoz kept his grip tight on his foe, making sure there would be no miracle comeback, and as the final seconds ticked down, the roar in the arena was deafening, and rightfully so, as the Philippines’ favorite son did what so few fighters are able to do – leave on top.

“We all have a story,” Munoz said. “And mixed martial arts has been a story of my career. You might get hit by unforeseen things. You might have cancer, you might have diabetes, but life doesn’t stop there. You get back up and you keep competing to the best of your ability. And that’s what my career is all about.” 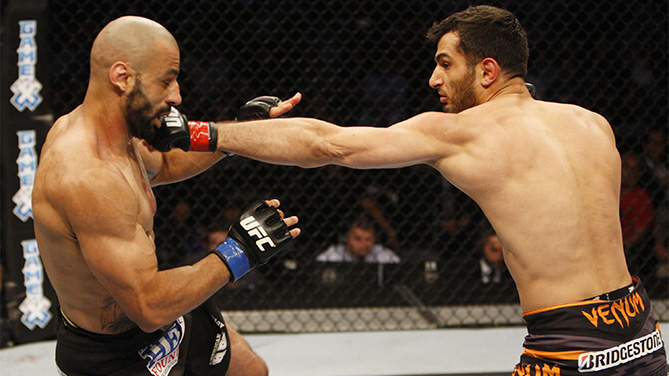 Mousasi got on the board first with a takedown in the opening minute, and his subsequent ground strikes made an impression as well. Philippou’s defense was solid in terms of preventing a finish, but Mousasi’s offense and ground control made it easy to score the round for him.

After being the victim of an early round two takedown, Philippou upped his work rate, throwing in kicks along with his usual punching attack, but Mousasi’s counters were strong, and after a brief halt for Philippou to recover from a low blow, the Holland product put his opponent on the deck again and kept him there for the rest of the round.

Philippou found no daylight in the final round, with Mousasi dominating everywhere the fight went, with his ground attack being the main object of the New Yorker’s woes. 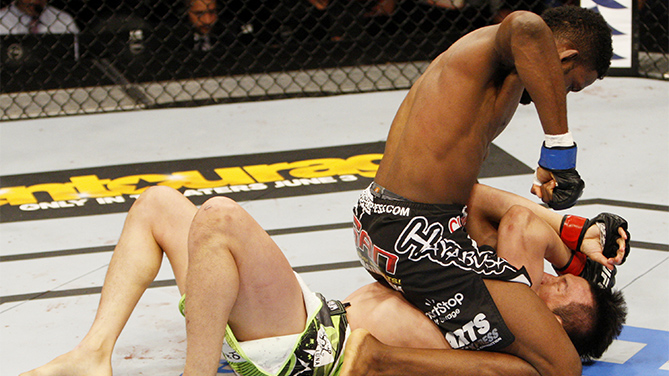 Welterweight contender Neil Magny’s seventh consecutive win may have been his most impressive, as he shook off some early bombs from South Korea’s Hyun Gyu Lim and stopped “The Ace” in the second round.

This fight was clearly going to be a battle of speed (Magny) vs. power (Lim), and after some early success, Magny got drilled by a right hand and some hard knees, forcing him to show off his grappling game. Through this change in attack, the Coloradan was able to turn things around, and after keeping Lim (13-5-1) guessing with several transitions, the two stood, Magny landing with a solid flurry at the bell.

Magny (15-4) scored with a takedown in the opening minute of round two, landing in the mount position and then taking Lim’s back. From there, ground strikes followed, with referee Steve Perceval stopping the bout. The official time was 1:24. 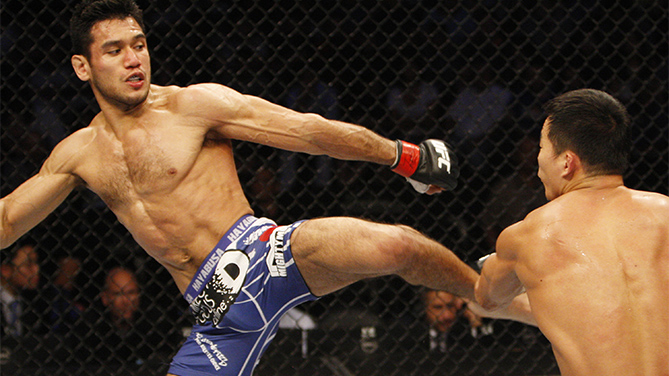 Former Ultimate Fighter finalist Phillipe Nover got a victory in his first UFC bout since 2010, as he survived a late charge from South Korea’s Yui Chul Nam to score a surprising split decision win in a bout that appeared to heading in Nam's direction.

Nover diluted Nam’s aggressive attack early with a takedown, and he remained in control throughout the rest of the opening stanza, whether it was on the mat or against the fence in the clinch.

The ground work kept coming from Nover in round two, but this time Nam was able to do some good work in the scrambles, landing hard ground strikes on the mat and a knee as the two stood. Nam also got his first takedown in the final minute, and while Nover stayed active from his back, “The Korean Bulldozer” powered his way out of any trouble.
In the third, Nam dominated the action, scoring takedowns and keeping Nover grounded for much of the frame. Apparently, Nover’s early lead proved to be enough for the win though, as he improved to 12-5-1; Nam falls to 18-5-1. 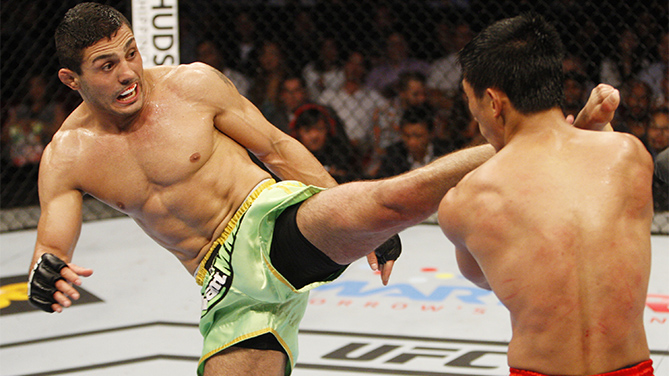 Taking his UFC debut on short notice, Levan Makashvili replaced the injured Alex White and then went on to spoil the home game of Baguio City’s Mark Eddiva, using a wrestling-heavy attack to win a three-round split decision.

Makashvili took the crowd out of the fight quickly with his superior grappling game, which kept Eddiva from getting any offense going. It wasn’t thrilling stuff, but it was effective, and while Eddiva did a better job in the second round of breaking free of his opponent’s grip, he still wasn’t able to put together an offense that was going to turn the fight in his favor, and in the third, the takedowns of Georgia’s Makashvili locked up round and the fight.