Clark has found her winning recipe 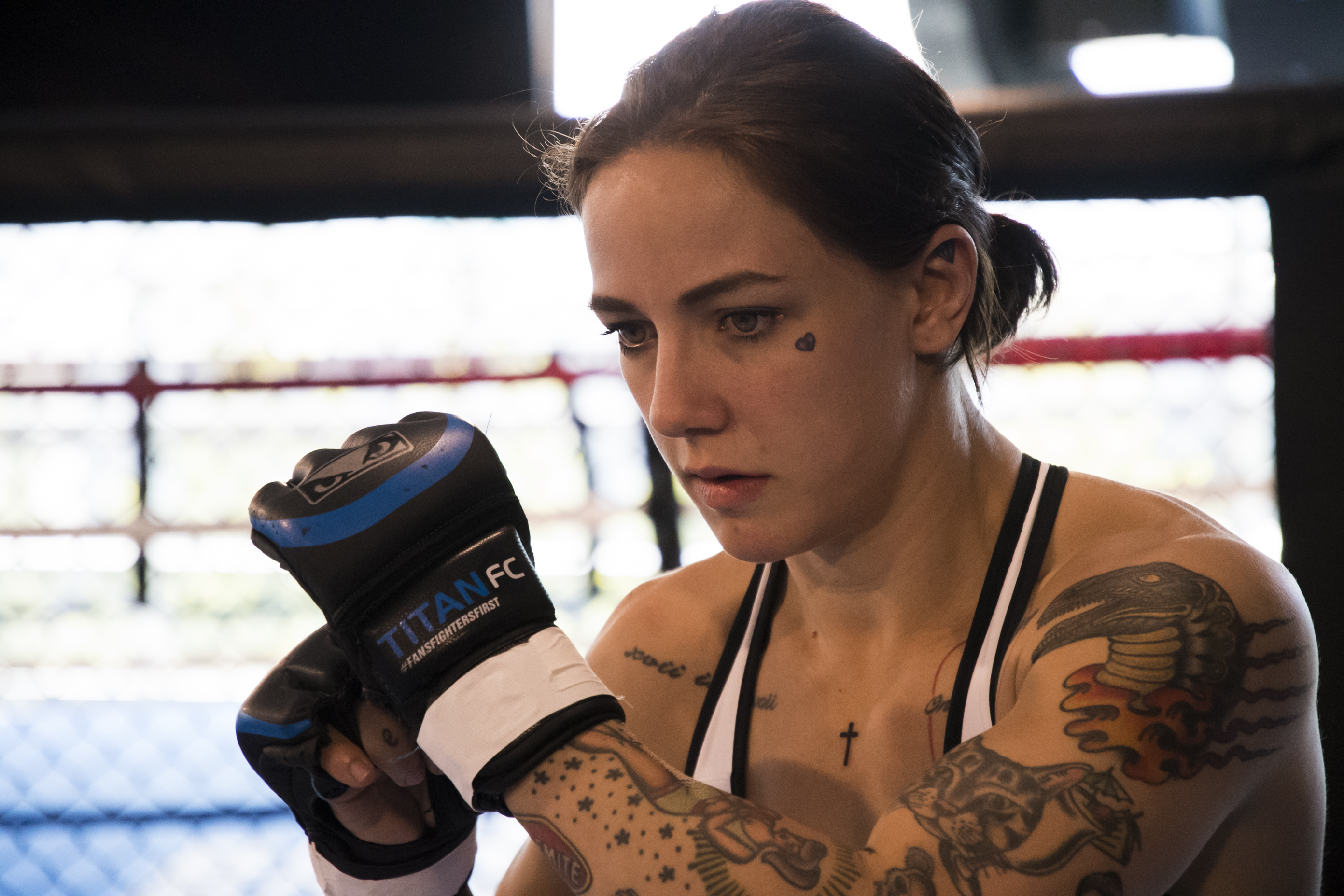 Jessica-Rose Clark at the UFC Perfomance Institute (Photo by Juan Cardenas/Zuffa LLC)" align="center" /> It was only November of last year that Australia’s Jessica-Rose Clark stepped into the Octagon for her UFC debut, a short-notice bout against compatriot Bec Rawlings. She came away with the win in that scrap, and followed it with another victory six weeks later against Paige VanZant in St. Louis.

In less than two months, the still-new women’s flyweight division was already on notice.

Fast forward to June 2018 and her pending match against Jessica Eye on the main card at Fight Night Singapore, and she’s poised to own the most wins in the division and find herself within spitting distance of a title shot.

“It’s been great,” she says of her early success. There were the material comforts, of course: a nicer place to live, a nicer car, and her ever-present best friend Blue – an undeniably adorable Blue Heeler puppy. But the opportunity to elevate her game for the future has been perhaps the largest reward for her hard work.

“I’m in a position now where I can really tailor my camps to how I need them, which is a big thing for me. Instead of just training with whoever I can find, now I can bring people in to help me train. I brought in a black belt to help me with this camp, which has been huge. I’ve got high-level strikers working every day with me as well. Previously I couldn’t afford to pay people to come and help me out. I had to take what I could get. And don’t get me wrong, we have amazingly talented guys and girls at [Clark’s gym] Syndicate, but it was more a matter of finding people to help me work on specifically what I need. That’s definitely been the biggest change for me.”

It's that laser focus on her own evolution that is evident when you speak to Clark. There’s zero hyperbole, self-aggrandizement or trash talk. Instead, there’s a quiet confidence in the skills she does have, and more importantly, a mindfulness of what she can still learn.

“I’m a baby in the sport. I’ve been training for six or seven years. I’ve been fighting for five. So I haven’t been doing it as long as a lot of the people I’m going to fight, which means I’ve grown really quickly. But I still only know the smallest fraction of what I can do.”

Her rapid ascension, coupled with her continued quest to improve, is something she attributes to her home at Syndicate MMA, and the special connection she shares with its leader, John Wood. 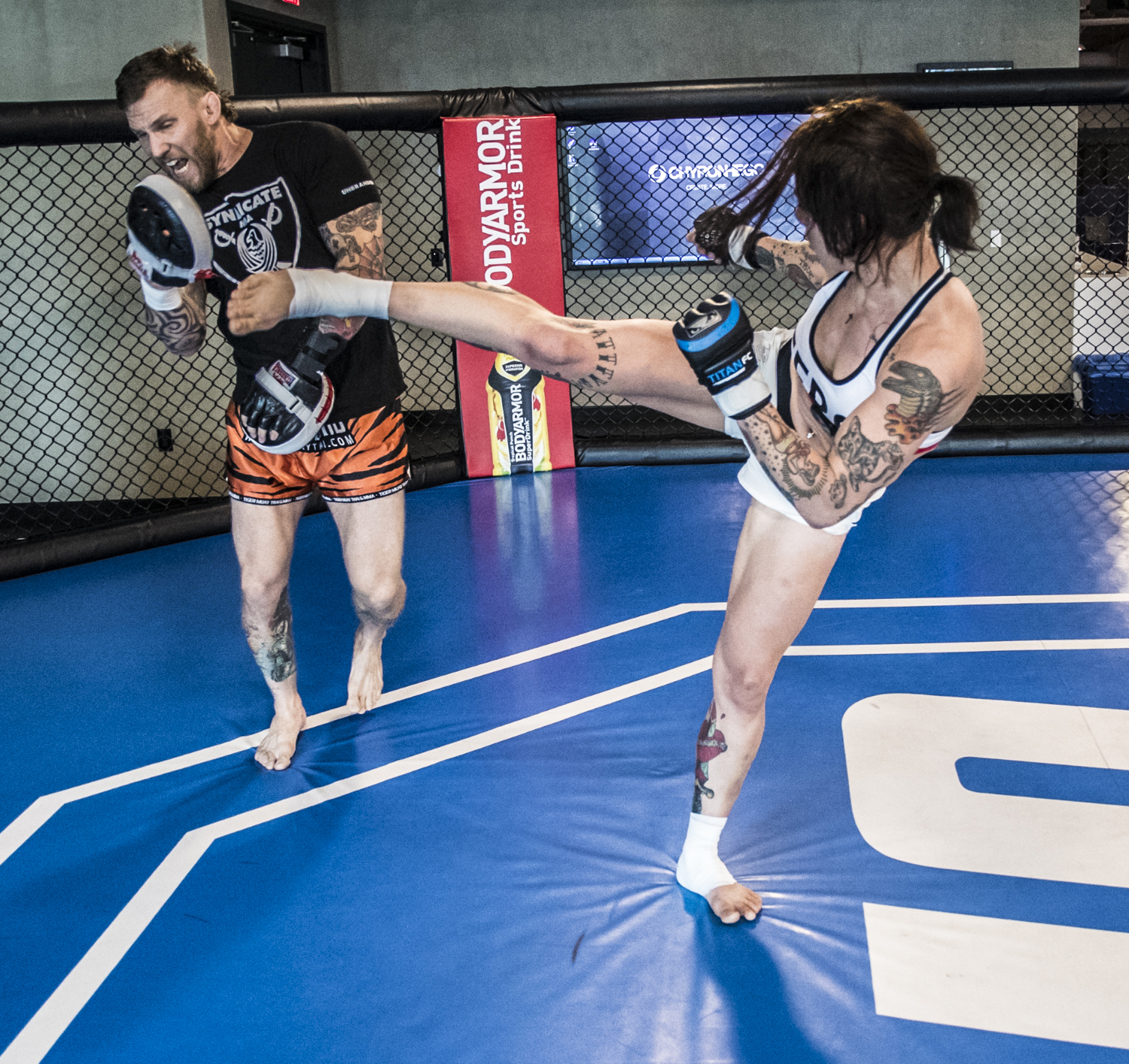 The revelation of the success that is possible when you connect with your corner isn’t lost on Clark, and it’s something she wishes she could impart to some of her peers.

“I feel like a lot of people just don’t understand how beneficial having a strong coach that you connect with and who you trust can be. There are a lot of fighters that are happy floating around and going to gyms where there aren’t coaches or they’re allowed to do their own thing or not be held accountable for anything, and I don’t think those people are going to be successful, only because I was that person before I met John. This is the longest I’ve been anywhere; I’ve been here almost two years and I’m not planning on going anywhere, and it’s because I know this is my winning recipe.”

The beauty of that teacher-student bond isn’t a one-way street for Clark, who relishes her role as an instructor at Syndicate as much or maybe even more as being a fighter. Guiding everyone from toddlers to adults in the ways of MMA, particularly Muay Thai, she beams rays of fulfillment when discussing the process.

“I just love it. I love seeing the look on someone’s face when they understand what you’re trying to show them. Or maybe they’ve been having difficulty with a particular technique or a particular move, and just being able to find a way around that difficulty or helping them solve whatever the problem is, it’s fulfilling. If I’m not training, I’m teaching. It’s the other half of my job. I’m not just a fighter. I’m going to be in this sport for a long time, and I’m going to help other people evolve in it as well.”

I really love my job, being in @ufc is everything I ever dreamed of
But I have to say, that one of the hardest things about full time fighting, is how much time I have to take away from teaching my little kids Muay Thai class.

The six months since the VanZant fight have accounted for one of the longest layoffs of Clark’s professional career, but none of that time was spent idly. Save for some Sundays where she allows herself to go to church (“Because that makes me a better person for the next week”) and spend some fleeting special moments with her friends, Clark is clearly on a mission. 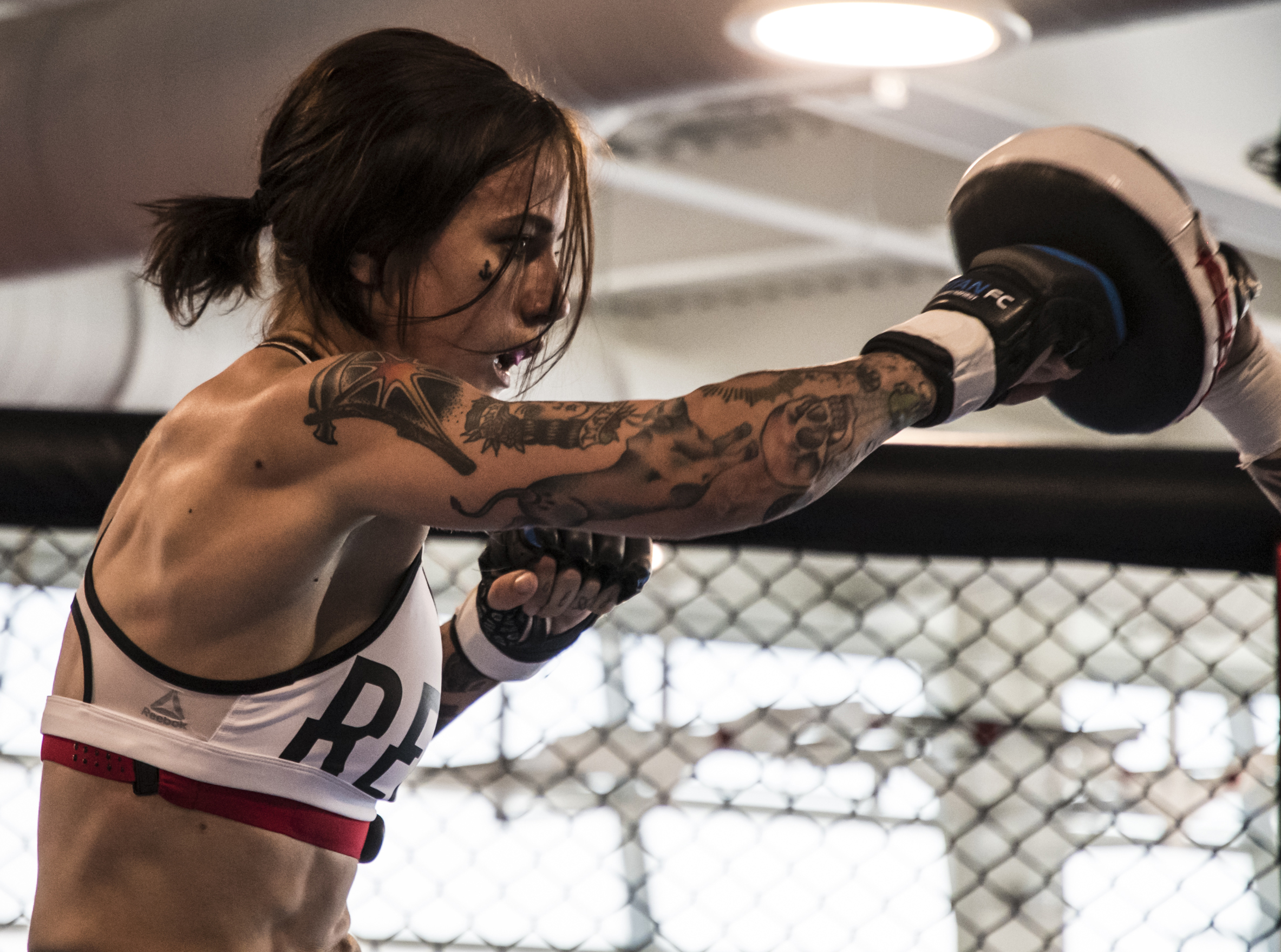 “I train outside of camp as if I always have a fight. I don’t really have ‘fight camp;’ the only thing that changes is my diet gets a little better. I think because I’m training so often and training with different people and my coach is always evolving, my game is always progressing and growing.”

She’ll need that evolution and progression against a refined fighter like Eye, who also claimed her last win in St. Louis following her successful move back to her natural weight class at 125 pounds.

“I think she’s had a really tough run in the UFC, and her UFC record isn’t befitting of how good she actually is, which is one of the reasons why I’m excited for it. I don’t really know what she presents; she evolves a lot and does a lot of competitions outside of fighting. I’m excited for it, I haven’t fought anyone like Jessica before. It’s gonna really be a good battle.”

Understandably focused on that battle, Clark nonetheless does have a roadmap for the future if things go her way on Saturday.

“My birthday is at the end of November, so [one more fight] right before my birthday would be perfect. I’m hoping when I keep this win streak going that I’ll have one more fight and then a title shot.”

So just like that? One year in the UFC and you’re fighting for the title? She smiles.

If that’s what Clark means by “winning recipe,” there’s not a chef in the world who can argue with it.