Ciryl Gane Is Carving His Own Path

Streaking heavyweight Ciryl Gane hears the comparisons to Francis Ngannou, but he's focused on what's right in front of him in Busan.
By E. Spencer Kyte, on twitter @spencerkyte • Dec. 19, 2019

Following his victory over Raphael Pessoa in his UFC debut, Ciryl Gane told Thomas Gerbasi he “surprised himself” by submitting the Brazilian in the first round, believing he was far more likely to earn the victory on the feet than on the ground.

Two months later, the promising Frenchman ventured to Singapore for a showdown with three-time Contender Series competitor Don’Tale Mayes. Just as he had done in his debut, Gane finished his sophomore appearance in the Octagon on the ground, securing the victory with a nasty heel hook in the waning moments of the fight.

So did the undefeated heavyweight surprise himself again?

“No, it was not really a surprise,” said Gane, who makes his third appearance in five months this weekend in Busan, South Korea, where he takes on Canadian Tanner Boser. “We work on that submission a lot with my coach.” 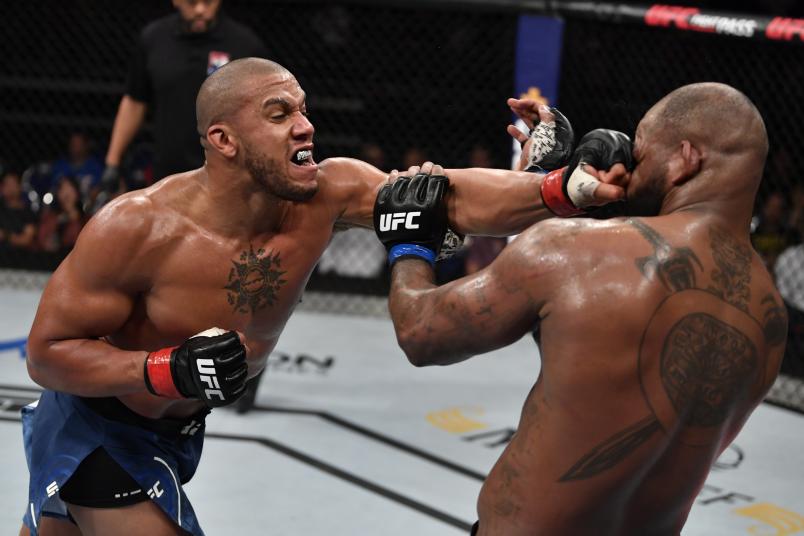 While the ending didn’t surprise Gane or observers who expected the talented UFC neophyte to continue his winning ways, it’s almost impossible not to marvel at how quickly the 29-year-old has become one of the top prospects in the entire sport.

Gane made his professional debut on August 8, 2018, earning a first-round submission win over Bobby Sullivan at TKO Fight Night 1 in Montreal, Quebec. He made his UFC debut 373 days later against Pessoa in Montevideo, Uruguay. In between, he earned two additional victories, claiming the TKO heavyweight title in his second bout before successfully defending his belt in what would prove to be his final appearance with the French-Canadian promotion.

In the span of 16 months, Gane has transformed from a kickboxer with no professional mixed martial arts experience to the best heavyweight prospect in the UFC, drawing comparisons to another undeniable talent who matriculated to the Octagon under the stewardship of Fernand Lopez, former title challenger and current top contender Francis Ngannou.

“Yes, I’ve heard the comparisons and it’s really crazy,” he said of the people likening him to Ngannou, who also burst on the scene while training at the MMA Factory in Paris. 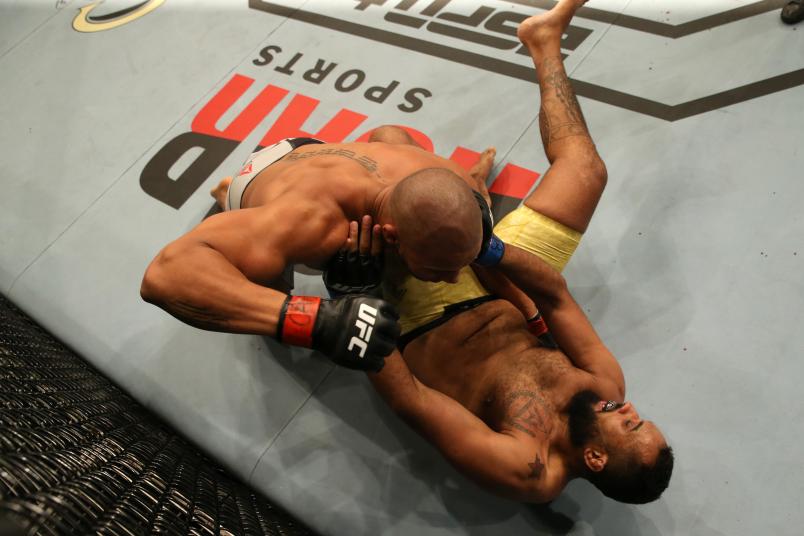 Though some may dismiss the comparison as being too on the nose, the trajectory Gane is currently on does bear a close resemblance to the journey Ngannou took when he first arrived as a hulking physical specimen brimming with potential in December 2015. Like “The Predator,” Gane began his UFC tenure with consecutive impressive stoppage wins and has continued to focus on gaining experience during his rookie year on the roster, fighting as frequently as the promotion and his body will allow him to compete.

As Saturday’s bout with Boser will already be his third in five months, Gane will likely match and probably surpass Ngannou’s total of four fights in his first year in the UFC and if he keeps performing the way he has thus far, he too could very well graduate to facing established, Top 15 fighters during his sophomore year.

But while the comparisons are both obvious and apt, they’re not something the impressive newcomer focuses on, opting instead to pay minimal attention to the scuttlebutt and chatter while fixating on continually getting better and the next man standing in front of him.

“It’s great having Francis in the gym, but I just do my own thing,” he added. “I just want to do Ciryl Gane.” 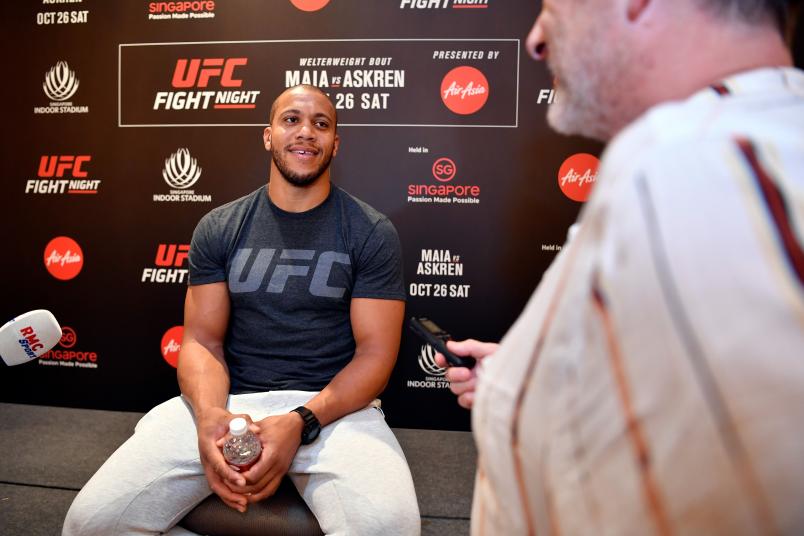 Thus far, “doing Ciryl Gane” has gone exceptionally well and the streaking emerging star aims to continue that run as he steps into the Octagon for his toughest test to date on Saturday in Busan against Boser.

Although the Bonnyville, Alberta native is a year younger than his counterpart, the 28-year-old karate stylist has more than five times the experience of Gane. A pro since late 2012, Boser logged 22 appearances, sharing the cage with a host of familiar regional names, including Victor Valimaki, Tony Lopez, DJ Linderman, Chase Gormley and the late Tim Hague.

After having his debut bout in his home province at UFC 240 scuttled two days before the bout, Boser finally made his first trip into the Octagon in mid-October, registering a unanimous decision victory to extend his unbeaten streak to three and elevate his record to 17-5-1 heading into this weekend’s meeting with Gane.

More from UFC Busan: Fight by Fight Preview | Jourdan Eager For Vengeance | Fighters On The Rise

“It is really important for me to gain experience because I’m still young in MMA,” said Gane of the opportunity to face a seasoned foe like Boser. “I’m going to learn a lot and come away from this fight better than I was going in.”

Having continued to compete at a breakneck pace since graduating to the UFC, Gane does foresee taking a little time off following Saturday’s event in South Korea, but he also has designs on fighting as frequently as possible in 2020 as well.

“I’m going to rest for a little bit,” began Gane, “maybe two or three months. As for next year, I would like maybe four or five fights; that would be great.”