Boiling over onto DVD and Blu-ray™ Today! 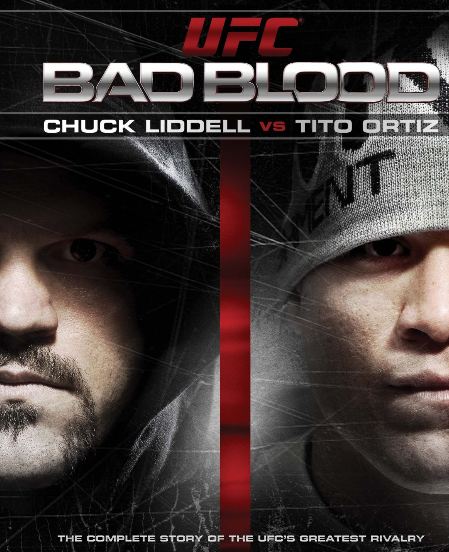 Anchor Bay Entertainment and the Ultimate Fighting Championship® now
give fans the chance to relive the Liddell-Ortiz war once again with the
release of UFC®: Bad Blood - Liddell vs. Ortiz.

Available on Blu-ray™ August 30th for an SRP of $29.99 and on DVD for an
SRP of $19.98, UFC®: Bad Blood - Liddell vs. Ortiz takes you inside the
Octagon® like never before. Witness the two epic fights between the
legends, as well hear exclusive commentary and gain rare
behind-the-scenes access. Learn how the Liddell-Ortiz conflict first
evolved and hear what the two giants of the sport have to say about
their storied grudge matches.

UFC®: Bad Blood - Liddell vs. Ortiz is a must-have for the ultimate mixed martial arts fan!