After Winning Four Of His Last Five, Christos Giagos Feels On The Cusp Of Breaking Out
By Thomas Gerbasi, on Twitter @tgerbasi • Sep. 17, 2021

Before each of his nine UFC fights, Christos Giagos visualized having the breakthrough performance that would put him on the map as a serious lightweight threat and keep him there.

“Every single fight that I go into, I imagine myself getting the bonus,” he said. “I imagine myself having my breakthrough, and I think it was just a matter of time. I came close a couple times, but they only give out a couple, so every fight, it was like, is this my shot, is this my time?”

In May, it was his time. Submitting Sean Soriano in the second round of their UFC 262 bout in Houston, Giagos got the night off to a rousing start, earned his second consecutive win, and picked up some extra cash for his bank account.

That extra cash helped Giagos and his wife move from California and Florida, and as they looked for a house, “The Spartan” only had one requirement. 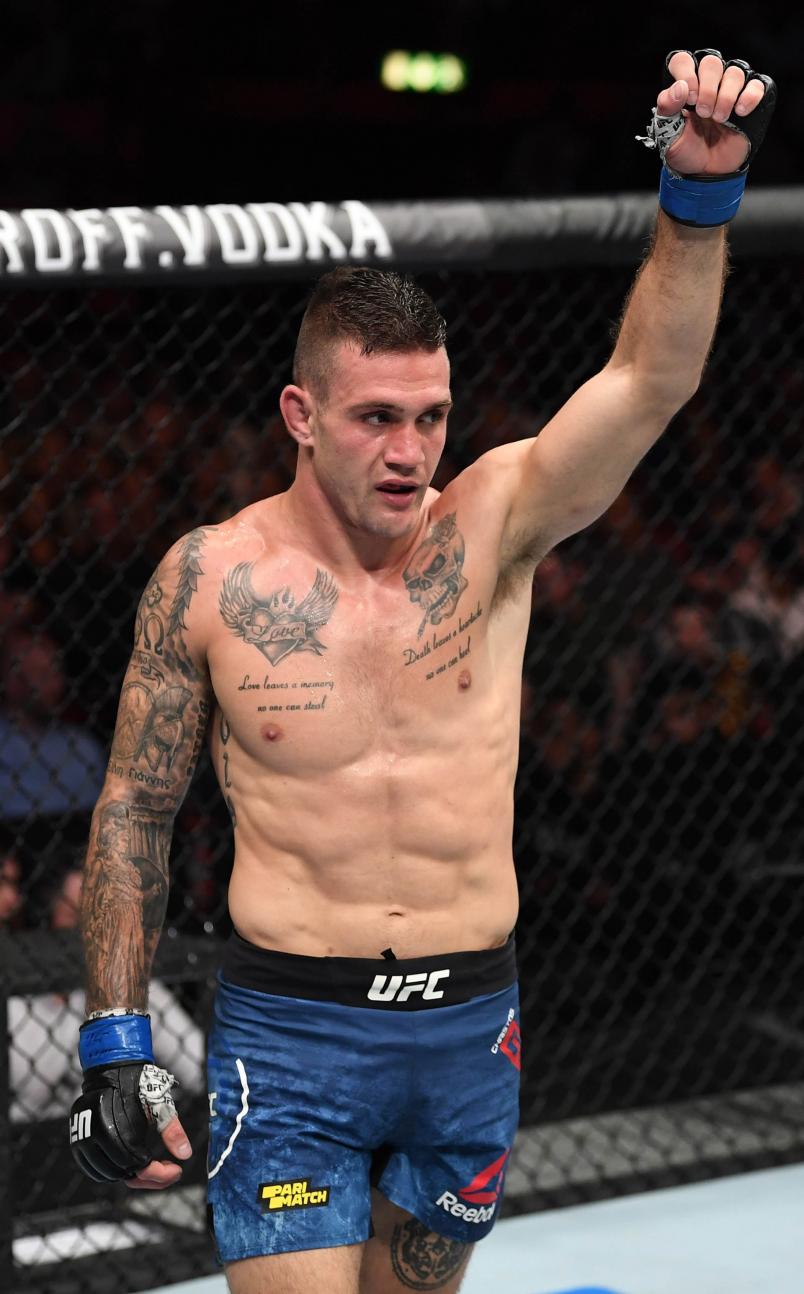 “I said, ‘Let's buy a house, but let's move to the gym I want to go to,’” he laughs. “I wanted to go to Sanford MMA, I heard great things about it, like Henri Hooft, and the guys have been awesome. So we were looking for a house in a certain location in Florida so I could be close to the gym.”

Living 20 minutes from one of the premier MMA gyms in the world is certainly a perk, even if it did take Giagos a little while to get used to his new gym.

“I definitely had to make some big adjustments training at the gym because there was usually three or four good guys your size back where I was, and now I've got a bunch of guys and everybody's on a high level over there, so I'm still adjusting to that, but it's definitely making me better, stronger and more aware, so that's good and I just think this is gonna shoot me in the right direction in my career.”

In facing Top 15 contender Arman Tsarukyan this Saturday in Las Vegas, Giagos has been shot in that direction. Now he just has to deliver by winning, and after picking up victories in two straight and in four of his last five, he feels he’s certainly in position to keep his hot streak going.

“When you're coming off a loss, you start worrying about your career, you start worrying about what's gonna happen if you lose again, and things like that,” he said. “Coming off a win, you feel a little sense of safety, but it also feels good to not have that pressure, so I feel like I get to go in there and be myself and just fight my fight without the pressure of having to win this fight. That makes for a better fighter.” 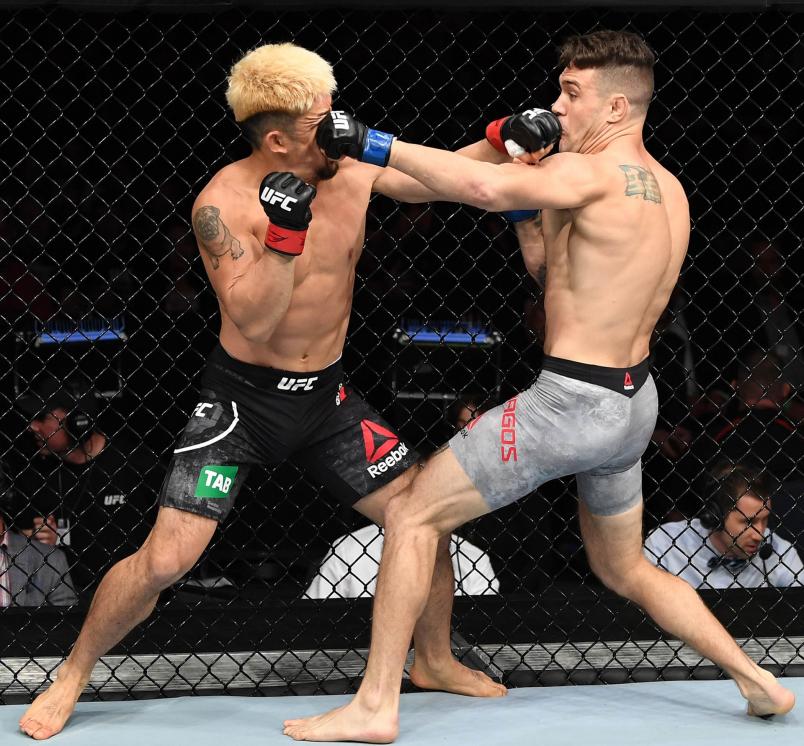 The 31-year-old has certainly looked like a fighter in his prime as of late, something he attributes to finally being able to be himself and unleash everything he’s been working on in the gym day in and day out. That’s not as easy as it sounds.

“It's just a matter of opening up in a fight and risking things,” he said. “When you train in the gym, you try all these things, and if you don't try them in practice, you're not gonna do it in a fight. So I just made sure that in training for that last fight, I was not afraid to go for things. If I mess up, I mess up, but I started catching him, and because you do it so much in practice, it becomes almost natural to do it in the fight, so it's about working your craft every single day for the fight and just trying new things and seeing what works, what doesn't work and being confident when you step into the cage because when the lights are on, you've only got one shot now.”

That’s the beauty and the curse of MMA. Eight weeks of training (ideally) and one night to get it right or get it wrong. Giagos got it right in May, even picking up a new teammate in the process, as he now trains with Soriano. 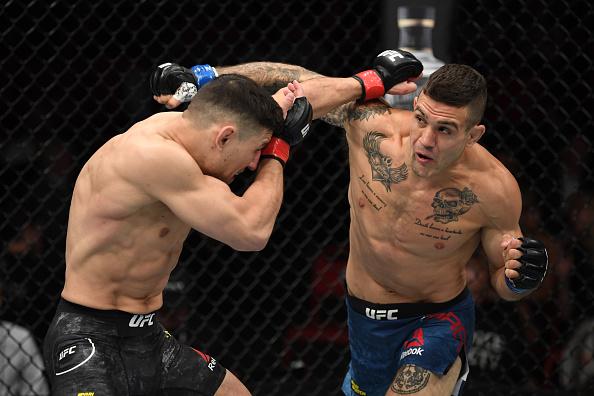 “We got to spar a little bit one time,” Giagos laughs. “He's a super cool guy, super welcoming and I've got nothing but good things to say about him. He's cool, and Gilbert Burns is there, and I fought him, too. It's just the fight game; it's all business at the end of the day.”

It is all business, and for Giagos, business is good these days, and he wants that to remain the case this weekend and beyond.

“It feels like I'm finally cracking out of my shell,” he said. “I knew I had the skills to be where I'm at right now, and it was all about proving it, and I finally feel like people know what I'm about now. I have a good jiu jitsu game, I have a good striking game and I have a good wrestling game. I just want to show that's what I'm capable of and it feels good that I'm actually able to show that now.”