Chris Weidman: The Best wants to be Better 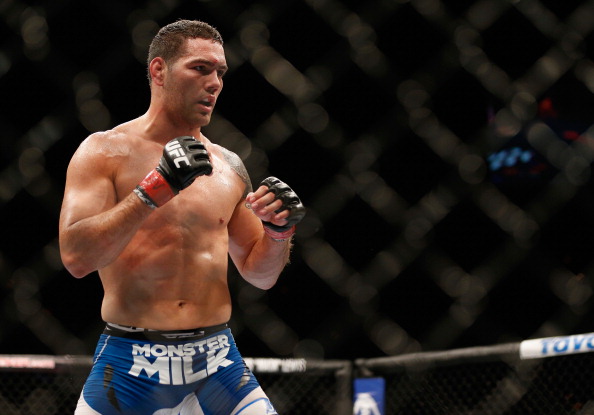 Chris Weidman knew it all along. He knew he would beat the unbeatable Anderson Silva, repeat the feat, and stand alone atop the UFC’s middleweight division, championship belt slung over his shoulder.

He just didn’t want to say it. At least not just a couple fights into his UFC career. Just 6-0 (2-0 in the UFC) after beating Jesse Bongfeldt at UFC 131 in June of 2011, the buzz about the Long Island native was already reaching deafening levels, but he was still a prospect at 185 pounds, albeit a talented one.

So Weidman kept his mouth shut for the most part. His family and friends knew his confident ambitions, so did his coaches and teammates and even a few folks in the media who were told off the record that he felt he could challenge the Brazilian icon who had yet to be touched in his run as middleweight king.

“I had to believe that I had the potential to beat him,” Weidman said. “I had this belief the whole time, but I wasn’t able to express it out loud without wanting to deal with the backlash. I would say my coaches believed in it and they would say it to me and I would say it to them. But it was a growing thing. I was shy, I didn’t want to deal with people hating me. I really didn’t have haters at that point. (Laughs) Everybody who knew me would like me. So I was scared of that.”

It’s an odd byproduct of the fight game. A competitor is expected to be confident and ready to take on the world, but when he says it, no matter how respectfully, he is largely ridiculed for having the temerity to challenge a sport’s golden idols. Weidman wasn’t going to fall victim to that. He was going to wait until the time was right and then let the world know he was ready for Silva. And after knocking out Mark Munoz in July of 2012, the time was right. And so was Weidman, as he knocked Silva out in two rounds in July of 2013 and added a second victory over “The Spider” five months later.

Nearly two years after his title-winning victory, he wonders if other fighters should follow the path he took, or just let the world know how they feel when it comes to their career ambition.

“They should say it out loud,” he said. “It’s important because it makes it more real and you hold yourself to that standard and not just to yourself, but now you hold it to other people. It adds a little bit more pressure and drive for you to work hard and prove yourself.”

Weidman, 30, defends his title for the third time against Vitor Belfort this Saturday in the co-main event of UFC 187 in Las Vegas. It’s Weidman’s first bout since defeating Lyoto Machida in July of last year and a fight that has been plagued with several starts and stops, most recently injuries to the champion’s hand and ribs. In the meantime, anticipation has built and the New Yorker’s public profile continues to grow, but his ego has not followed suit, a trait he owes in large part to his wife, Marivi.

“I married my high school sweetheart, so she’s been with me before any of this stuff, and if I started changing, she’d be the first to slap me in my mouth and let me know to snap out of it,” he laughs. But when the father of two (with one on the way) talks about life in the spotlight, he realizes that not only is fame a fleeting thing, it’s also something that can lead you down roads you don’t want to travel down and take away everything you’ve worked for if you’re not careful.

“It’s nothing that’s easy,” Weidman said. “It’s always a work in progress. Being on top of this sport for almost two years, you learn a lot. You have a lot of people that want to be a part of it, a lot of people that try to attach themselves, and you have every temptation in the world at your fingertips, and it’s always a learning experience. I feel like I’ve grown so much and learned so much through my UFC career so far, more about myself as a person than even as a fighter.”

To his credit, Weidman does not speak from an Ivory Tower, but from a real place where he is well aware that at this level, there are more people waiting for an athlete to fall than wanting to celebrate his success. In response, he keeps his circle small.

“I’d love to just kind of walk around like “I’m the man’ and have no worries about anything, but that’s not the right way to be; it’s always a path to failure,” he said. “So I’m trying to stay on the path to success, which is keep yourself grounded, work hard and keep your focus and your dreams and your goals right in front of you and keep moving toward them. You can get lost if you forget what you’re doing this for, and before you know it, you’re losing the love for it, your passion is diminishing, and it could happen. I beat Anderson Silva, and it could have been easy to be satisfied with that. Then I beat him again and it could be easy to be satisfied with that, but you have to set your goals high and keep following them.”

Weidman, still unbeaten at 12-0, isn’t the prospect worried about people not understanding his goals anymore. He’s the champ, the top of the heap at 185 pounds, and his goals are far from ambiguous. They’re specific and ambitious.

But what keeps the best in the world hungry? Reaching those aforementioned goals helps, but there’s more to it than that for Weidman.

“I realize I have so much to learn,” he said. “I haven’t fought my best yet, I haven’t been able to learn as many things as I want to learn in the sport yet, and I feel like my best is yet to come. And it excites me to finally be able to show that to people. That drives me. I want to clear out my division, I want everyone to realize that I’m the best here and that I’m here to stay, and I want everybody to believe that there’s nobody at 185 that can beat me.”

Not even Vitor Belfort, the veteran “Phenom” who is coming off three consecutive knockouts of Michael Bisping, Luke Rockhold and Dan Henderson.

“My goal is to run through him,” Weidman said. “He’s the second best guy in the world right now, and he brings a lot of challenges. It’s not easy to run through Vitor, no matter what, so I expect a war and I expect him to come out guns blazing. But I want to completely dominate the fight.”

And we all know how Chris Weidman’s predictions turn out.