"I was going to give this everything I had. My last memories of being a fighter were going to be good ones." - Chris Lytle 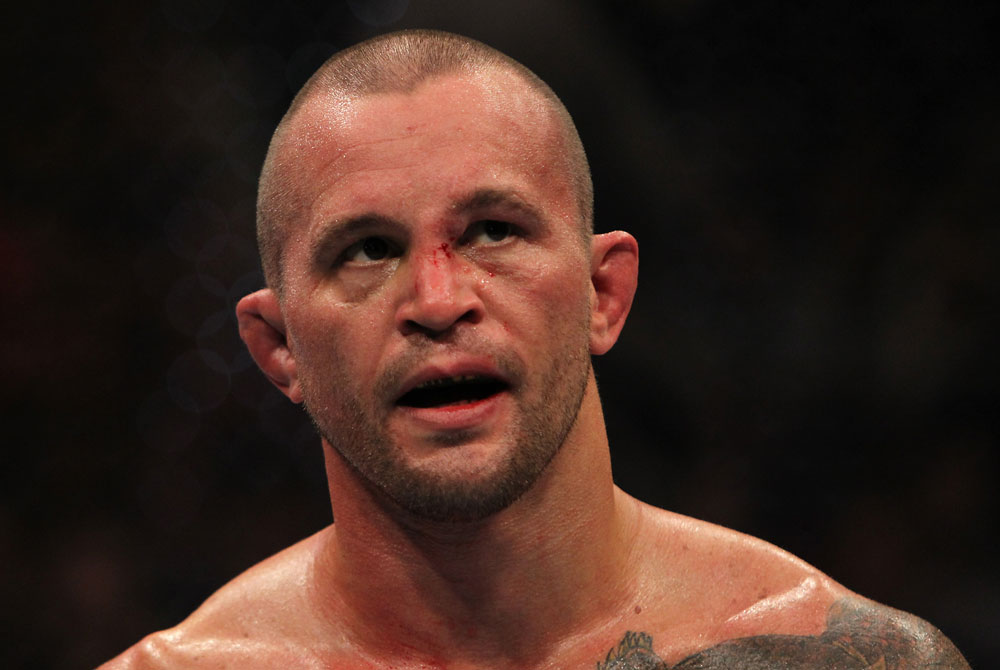 UFC welterweight Chris Lytle had won four out of his last five fights, had become one of the most exciting fighters in history thanks to his tendency to rack up post-fight bonuses, and was more popular than ever before when he decided it was time to retire. After 14 years in MMA, “Lights Out” made his decision for personal reasons and not because his ability to perform had diminished.

Lytle had knee surgery a month and a day before his fight against Brian Ebersole in February, 2011, and never gave it proper time to heal or rehabilitate. After the fight, Lytle found himself doing something he’d never done before in his MMA career – resting – and it gave him a lot of food for thought.

“After the Ebersole fight I knew I needed to rehab my leg and I had never done that before. So I took about a month and a half to strengthen up my leg and during that time I didn’t go to the gym at night like I used to, so I got to spend some time at home with my family,” Lytle recounts.

“I really became aware of my shortcomings as a father, that I had kind of dropped the ball with my kids. I felt like a bad parent. I kind of realized that around the time I was ready to fight again and they offered me the fight with [Dan] Hardy.

“I started going to the gym again at night and felt guilty for leaving my kids. Usually how my life went was that around 4-4:30 my kids would get home from school and then I’d go to the gym, so I’d get an hour or two with them every day and I literally wasn’t around them that much.”

Lytle was never one to half-step in his training, but he could no longer bear being away from his wife and four kids as much as he had for most of the children’s’ lives. Throughout his fighting career, Lytle had also maintained his full-time day job as a firefighter. Suffice to say fitting in time for his family between his two full-time jobs of firefighter and UFC fighter was a challenge.

“When I train for a fight I’m going to be there every day,” he says. “I came home and started talking to my wife. I told her, ‘I can’t do it anymore.’ We decided that I was going to do whatever I could for the next two months to prepare for the Hardy fight and then afterwards I would be done.”

Having made the decision to retire after fighting Hardy eased Lytle’s conscience because he knew that afterwards he would finally start spending time with his family. He returned to the gym with added motivation and fervor.

“I had been fighting since 1998 and knowing that this was going to be my last fight – I was not going to leave any questions or anything out there as far as, ‘Could I have done anything different?’ I was going to give this everything I had. My last memories of being a fighter were going to be good ones.”

Lytle made some great memories for himself and all the fans watching around the world in his final fight against Hardy in their UFC Live 5 main event. The two went back and forth to earn Fight of The Night honors and Lytle managed to do something that not even champion Georges St-Pierre could do – finish the durable Hardy – when he submitted the Brit with a guillotine choke in the final seconds of the bout.

If a team of screenwriters had gotten together to script a perfect movie ending to Lytle’s MMA career, they probably could not have written anything more dramatic. Lytle retired at the top of his game, on a win in the main event of a nationally televised fight.

It wasn’t long until Lytle found himself a new type of fight, outside of the cage and inside the political sphere. This past year, Lytle decided to run for the Indiana State Senate. Lytle was unable to garner his party’s nomination in the primary but finished strong with 30% of the vote to the first place finisher’s 41%.

Lytle has dedicated most of his adult life to serving his community as a firefighter, and says that his interest in politics was also sparked by a desire to represent and serve families like his. “I had been following things for a long time,” he explains. “About three years ago I actually started thinking that these people in office are not the right kinds of people because they don’t care about you and me. They just care about being in control.

“So I realized we needed different types of people in office. I’m not the type of person to sit back and hope that someone else is going to do something – I figure that I’ve got to do it.”

Lytle had the motivation but not the political knowledge or experience. He says that he can’t even begin to list all the lessons he learned throughout the process, especially early on.

“It was hilarious,” Lytle chuckles. “I knew nothing. I’d never been involved in a campaign before, I’d never helped anyone else on their campaigns, I’d never gone door-to-door. I bet we were really pretty funny looking at first. It was just me and some of my people who also didn’t have any experience but were helping me because they believed in me for who I was. Finally, we talked to some people that had political backgrounds and knew basic things we didn’t. It was definitely a learning experience.”

What Lytle lacked in campaign experience, he tried to make up for in effort. When he entered the race, he says he sorely underestimated the amount of time it would require from him. Once he realized how much work it would take, however, Lytle simply threw himself into it.

“I thought it would be like fight training in that I might be doing a three hour thing each day and then be done. I’d have a function go to, give my speech and then leave. Oh no,” he laughs.

“If you’re giving a speech, you’ve got research to do for it, you’ve got to memorize it, you’ve got to rehearse it and then you’ve got more functions to go to after one is done. All the time I had in between functions was spent doing issue research. For example, I never lived on a farm and didn’t know much about farming issues, but there are a lot of farms in my district so I had to go to school to learn something on so many different things. I don’t think I had my radio on in my car for months during a certain point because each time I was driving I would just be in there talking out loud trying to go over talking points. People pulling up next to my car probably would have seen me talking to myself and thought I was crazy [laughs]. I never imagined that campaigning would utilize every minute of my free time."

Never one to shy away from hard work or to be easily discouraged, Lytle says that he has no plans to run for office again, but would be open to doing it again if an opportunity presented itself.

“Nothing has really changed,” he says. “We still don’t have the right people in office. If there’s a good person running for an office in my area that I believe in, I’ll help them. But if there isn’t one, regular people should consider running.”

With his pro MMA career and the political campaign now both behind him, Lytle continues to focus on his family. He says that he’s enjoying getting to be home more than he ever has been before, but also that having the close relationships he wants with his children is going to take time.

“It’s weird, I’m still looking back and realizing that I’ve got a lot of work to do, especially with my older kids,” he says.

“I haven’t been around a lot because of work and there are just certain things that I’m never going to get back. The older ones might want to be with friends and not with me even if I’m home and available. I do know I have been able to spend a lot more time at home and I think they can count on me a lot more. I’m still working on how if they have problems they will just naturally talk to their mom and not me. It’s a longer process than I thought it would be. It isn’t just about being here, it’s also about what’s been done in the past and who they feel comfortable with.”

Any good parent knows that there is no harder job in the world – not being a firefighter, and not even being a professional MMA fighter. Lytle has worked hard to provide for his family, and he’s been able to do so very well. What he hopes to add on to that is the connection with his kids that may have suffered precisely because he was away so often providing for them.

“At first when I was fighting on top of being a fireman, I was doing it for the money – I needed to. I was trying to get enough money so that my wife wouldn’t have to work and she could stay at home,” Lytle says.

“It became different later but I didn’t realize it right away. It was a slow process but when I hurt my knee and had to rest it and spent time at home, I realized how much time had slipped away.”

Lytle still hits the gym to train a few times a week, these days. “I was in there yesterday and trained pretty good,” he says. “I was in there 2-3 times this week. Some days I go in there and I don’t feel good, I get tired. But other days, like yesterday when I went four, five-minute rounds and felt real good, it is all right.”

So, is there any chance that Lytle will ever fight again, professionally? On the one hand, he couldn’t have left the sport in a better way. On the other hand, competitors know that there isn’t ever a “good way” to go out, because you’re going out, and leaving behind a part of you that you love.

“If there’s ever a situation where someone backs out of a fight three to four days before a fight and they were supposed to fight one of the few guys I’m actually interested in fighting and the UFC called me and said, ‘Chris, can you help us out,’ well I’d do that,” Lytle reveals.

“I still feel good and can fight. But if it’s something where I have to train for three to five weeks or more, I wouldn’t do it. Only way I’m doing it is if I get a call and I literally have to get on a plane that day or the next, fly there, fight and come back home to my family. When I fight, I dedicate everything to it for as long as I’m preparing. If I did another training camp I’d feel like I’d be giving up on my family, and I can’t do that.”