Chris Gutierrez Is Aided By His Humility

Chris Gutierrez Stayed Humble And That Maturation Has Shown Itself Over His 5-Fight Unbeaten Streak
By Thomas Gerbasi, on Twitter @tgerbasi • Oct. 5, 2021

The first thing a fighter learns in the business is that if you’re going to make a living in this, it has to be a lifestyle, not something you do for eight weeks in preparation for a fight. So while Chris Gutierrez hasn’t been in the Octagon since a February win over Andre Ewell, that doesn’t mean he’s been sitting idle.

As he does that in the Factory X gym in Englewood, Colorado, that means no looking up at the clock for a chance to check out or getting extra antsy seeing his teammates get fights. The work is the work, fight or no fight.

“It keeps us all in shape,” Gutierrez said. “We're all in fighting shape year-round, so it's good for me because I stay active. I have to stay at a good weight where I could just say, let's go.”

That’s called being a pro. About the only bad thing is that he doesn’t get to dodge Friday sparring when he doesn’t have a fight booked.

“That's right,” he laughs. “If you do have a fight, you're getting shark tanked. If not, you're helping the other people get shark tanked. So either way, you're going through it.” 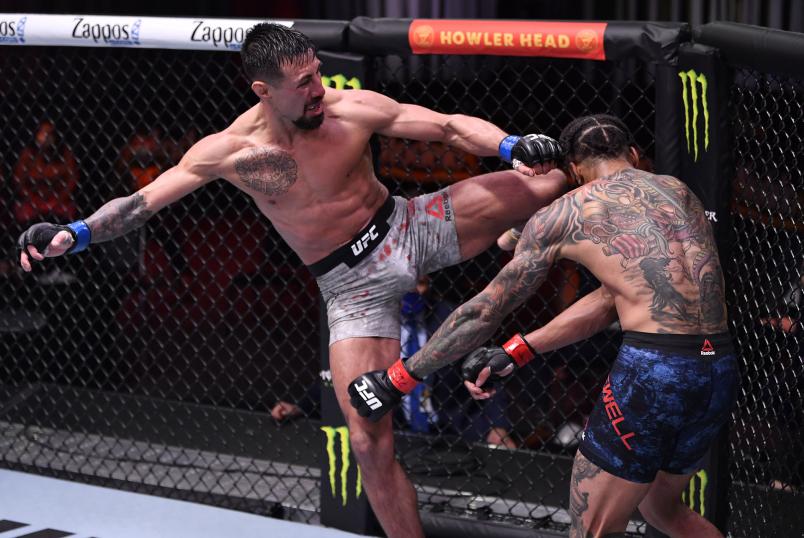 There is a hint of glee in his voice when he talks about the end of the week ritual that has steeled the nerves and resolve of the Factory X gang. Yet even though the sparring sessions are intense, those times in the cage have strengthened the bonds of the teammates, something Gutierrez always craved but never truly experienced until he arrived in Colorado from Texas.

“The gym that I started out with in Texas, it crumbled overnight, and so I was left training in my garage, and where I'm from, you have to drive an hour and a half, two hours to get to the city and find some really good training and good guidance,” Gutierrez said. “So when I left to come here, I longed for that family atmosphere, the family culture surrounding everything. Ever since then, everything's been going good, but that's what I was lacking and I needed that.”

That’s good for the mind. As for the body, yeah, Gutierrez gets that taken care of, too.

“We have such amazing talent at the gym,” he said. “Everyone in there is so good, and I'm not lying when I say 90 percent of the team could be in the UFC. When you have that much skill and that much talent there, every day is a grind. There's not an easy day. So our preparation for fights is an everyday thing.” 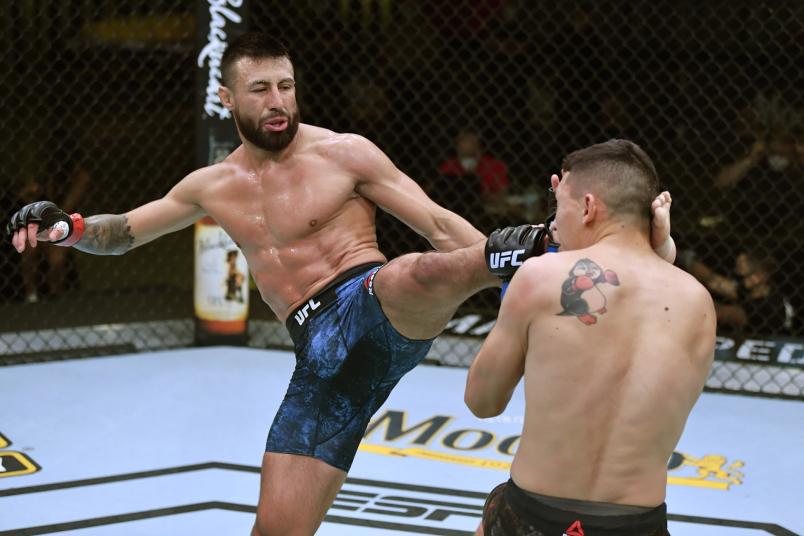 Chris Gutierrez kicks Vince Morales in their featherweight fight during the UFC Fight Night event at UFC APEX on May 30, 2020 in Las Vegas, Nevada. (Photo by Jeff Bottari/Zuffa LLC)

He talks of times when his dance partners are Youssef Zalal, Jonathan Martinez and Brandon Royval, and after a day like that, a fight seems to be a breeze.

“You're going against so many different people and they're all good at what they do, so when you go into the fight, you're like, whatever, if he does that, I've seen that. If he does this, I've been there before. So your preparation, you just feel solid everywhere.”

This Saturday, Gutierrez returns to face Felipe Colares in an attempt to extend his current unbeaten streak to six. Having not tasted defeat since a 2018 bout against Raoni Barcelos is impressive, especially in the bantamweight division, but in terms of a secret to his success, there is none.

“I just didn't like the way losing felt,” he said. “I learned a good lesson in that fight (against Barcelos), I went back and I changed it and I think my victories are because I'm humble. I'm still a student of the game, so I'm always seeking and trying to develop myself as a fighter.”

He’s also matured, a key factor in any fighter’s long-term consistency and success.

And he wants to keep that streak going.

“That's my job and that's my objective.”