Chris Cariaso: Ready to Knock on the Door Once More 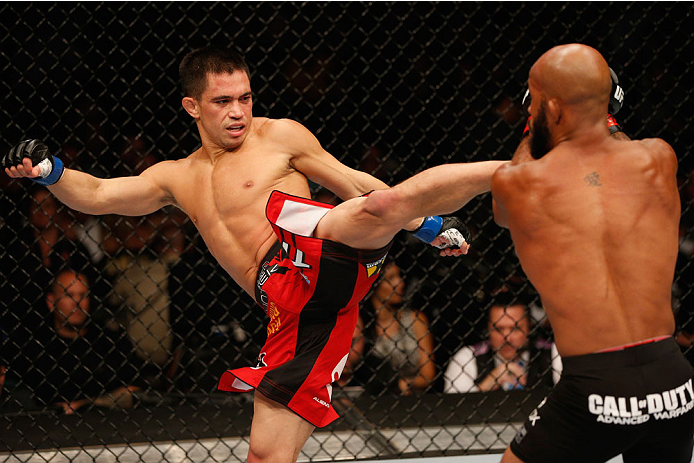 There are certain things that happen in the fight game that only those who compete for a living can relate to, and for Chris Cariaso, one of those moments came when Cat Zingano was finished by Ronda Rousey in 14 seconds in their UFC 184 title fight on February 28.

Five months earlier, Cariaso lost his first UFC title fight to flyweight champion Demetrious Johnson. The bout went 2:29 into the second round, but the emotions he felt were the same Zingano was experiencing; a desire to just get one more chance.

“After the fight I was kind of in shock, but I wanted to jump back in there right away and do it again,” Cariaso said of his UFC 178 main event against “Mighty Mouse.” “It was almost like when I watched Cat Zingano. I think I know exactly how she felt.”
> Watch Cariaso's past fights

If you fight long enough and train hard enough, there will be nights like that, times when nothing goes the way you planned it. Cariaso had that kind of night in his first title fight. 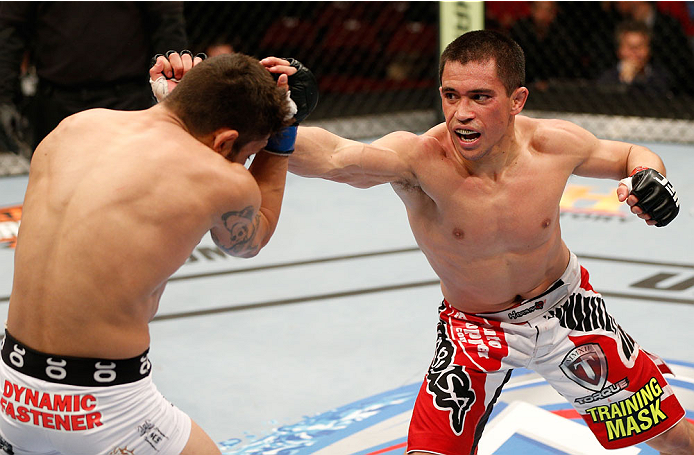 “It was definitely an experience, that’s for sure,” Cariaso said. “It was something that didn’t even compare to my other fights. It was a huge thing and I think I kinda cracked under the pressure of that big event. It was a total whirlwind and, honestly, I think it almost took the fun out of it. I think I’ll be able to enjoy it when I do it again, because I’ll have a whole new respect for it. But being thrown in there for the first time, it was a whirlwind and pretty hard to handle.”

Anyone who saw the fight knew it wasn’t the same Chris Cariaso who had won three straight before getting the call to fight for the belt. The bright lights surrounding one of the biggest events of 2014 can do that, but as the 33-year-old Arizonan returns to the Octagon to face unbeaten former Olympic Gold medalist Henry Cejudo on Saturday in Dallas, the key word in his vocabulary isn’t “if” he’ll get another shot at the 125-pound title, but “when.”

“I think that’s the attitude you have to have,” he said. “If you say ‘if,’ there’s a chance that you’re never going to do it. But ‘when’ is making a statement for yourself mentally, that you’re going to go out there and do what it takes to make it happen again. That’s my mindset. I want to go out there, make some money and get back to the top of the division again.”

The journey back begins with Cejudo in the UFC 185 main card opener. It’s not just an opportunity for Cariaso to get back on Pay-Per-View, but to open the show and remind everyone just why he’s one of the top flyweights in the world.
> Tickets still available for UFC 185 in Dallas 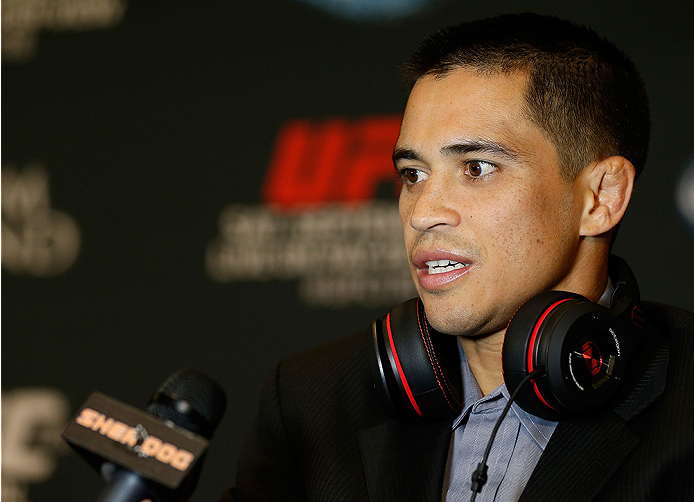 “Coming into this fight, I have a whole different mentality,” he said. “With me coming from that big show, I think Cejudo is in the reverse position. It’s his first big show, opening up the Pay-Per-View, so I think he’s going to be where I was in my last fight.”

Which could mean an early blitz befitting Cariaso’s nickname of “Kamikaze.” And yeah, he has respect for his foe, but not too much.

“I see a guy with two arms, two legs, two hands, and with a big head ready to get punched,” Cariaso laughs. “He’s a good athlete, but I’m a great athlete myself.”

And he’s not the same fighter he was last September.

“After taking a little bit of time off, I found that inspiration to come back and do it again, so I’m back,” he said. “Give me some good fights and I’ll put on some good showings and Demetrious, I’ll be knocking on your door again.”
> Check out the full UFC 185: Pettis vs. Dos Anjos fight card