Chris Camozzi faces Jacare Souza in the co-main event of UFC on FX 8 this Saturday... but that wasn't exactly the plan.

Things can change rapidly in the UFC. Injuries happen, fight cards get reshuffled, and the fighters who can’t adapt get left behind. That’s why many fighters say it pays to stay in shape even between fights, You never know when you'll get the call from Joe Silva or Sean Shelby, and when you’re already in shape, getting back into the Octagon goes a lot more smoothly.

UFC middleweight Chris Camozzi (19-5-0) learned this firsthand after his recent win at UFC 158 in Montreal. Shortly after racking up his fourth straight win in a row, Camozzi was asked to step in for an injured CB Dolloway to fight Cezar Ferreira (6-2-0) on May 18th at UFC on FX 8. When Mutante was then injured, Camozzi said yes to his replacement, Rafael Natal (15-4-1). And with less than two weeks to go before the showdown, another shakeup occurred — Costa Philippou was forced out of the co-main event due to an injury, opening the door for Camozzi to face former Strikeforce middleweight champ Ronaldo “Jacare” Souza (17-3-0).

Despite the turbulence, Camozzi’s poise hasn’t been fazed. “I always feel confident,” he told UFC.com. “I feel like as long as I do the work in the gym and I train hard, I should come out on top. And having just fought Nick Ring and coming out of that injury free, I was already in shape and my cardio was still good, so short notice isn’t really that bad.”

While the condensed timing to prep may not have rattled Camozzi this time around, he admitted that that’s not always the case. “The UFC might call you while you’re drinking a beer, so you need to clean things up quick, lower the calories, and start to eat clean as soon as possible,” he said.

For more tips on how fighters can get the most from a shortened training camp, we turned to Camozzi and Andy Hennebelle, NASM-CPT, CSCS, USAW, a TRX Ripped trainer at the UFC Gym in Corona, Calif. 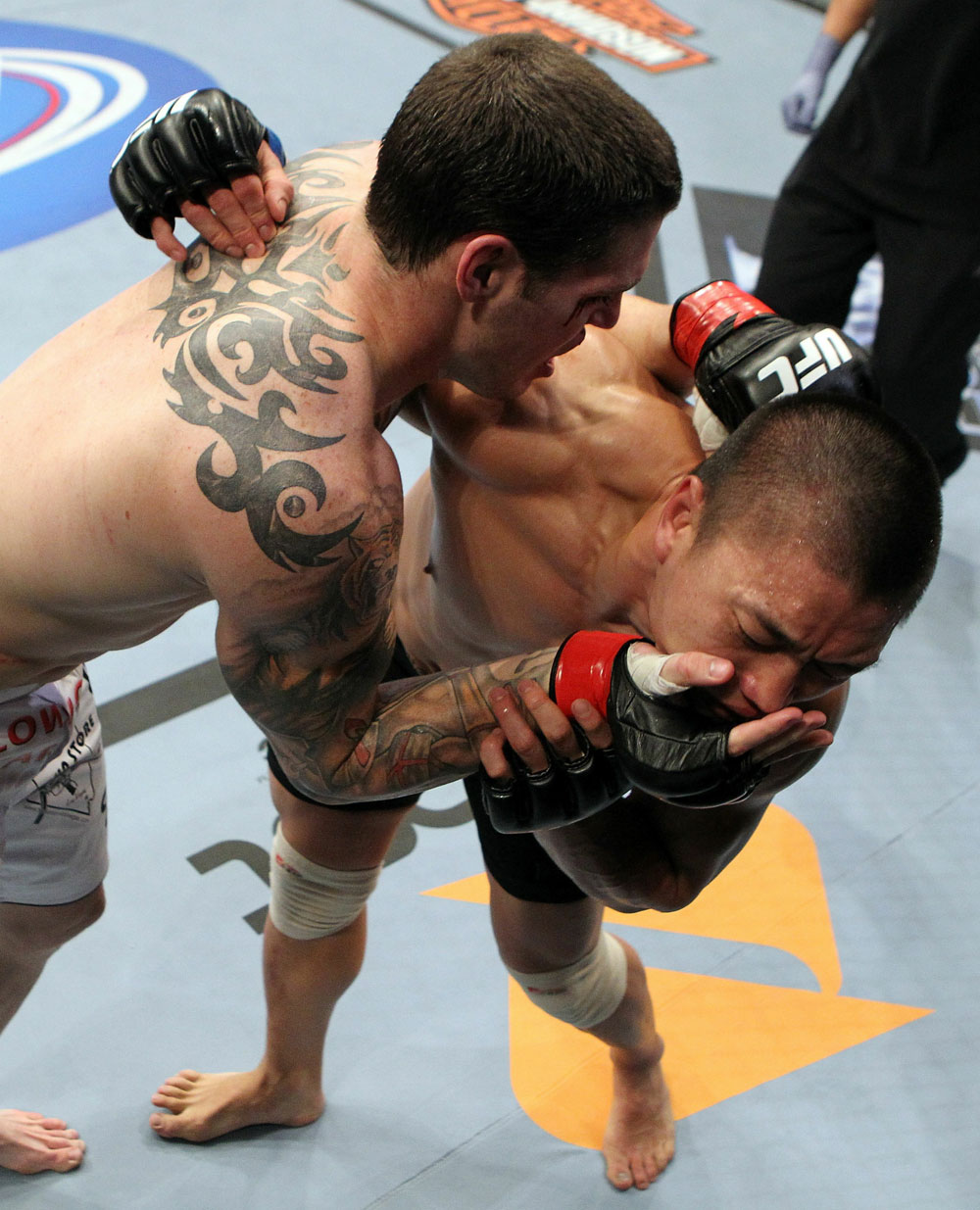 Cardio is king in the Octagon, according to Camozzi. “Short-notice fighters come in and they gas quickly, so a big part of camp would revolve around cardio and getting into shape,” he said. “We all know how to fight and that stuff comes back quickly, but building up the lungs and getting rid of lactic acid is huge. Try swimming, long-distance running, and sprinting -- when you’re tired, that’s the ballgame.”

#2. TRAIN FOR SPEED
Hennebelle’s training recommendations include ditching the heavy lifting and focusing on speed and agility. “There’s no time to add mass because it's counterproductive to the fight since you’re not cutting weight if you’re adding mass," he says. "So you modify type of training to get the fighter to peak in speed and performance on an endurance basis.”

#3. CLEAN UP YOUR DIET
Eating super clean wasn’t always on Camozzi’s to-do list, and he admitted his diet could have been tighter for his last five fights. “I brought in Malcolm Havens as my wrestling coach, and he helped with my nutrition and dieting,” Camozzi revealed. “The biggest thing for me was portion size. I was eating a ton of food. Even if it was healthy food, I was having two or three plates of it. Now I’m eating five to six meals per day and keeping my insulin level from spiking, which allows me to burn fat all day while keeping my energy up. That will be a huge advantage for me.”

#4. HEAD TOWARD YOUR TARGET WEIGHT IMMEDIATELY
Make your weight cut a top priority if you schedule a fight on short notice. “Start taking foods, liquids, and herbal aids that are diuretics to flush out toxins and additional fluids from the body,” Hennebelle explained. “Hydration is important, and it plays a huge role in a weight cut.”

Camozzi’s nutritional changes have helped him lessen the burden of cutting weight. “Getting to 185 lbs. has always been tough for me since I’m usually around 215 lbs. to 220 lbs. when I’m not fighting,” he said. “But my new diet has allowed for a more gradual weight drop, so this time it’s a good cut. I have a good feeling that I’ll gradually get my weight down rather than have to cut it off really quick and suck out all the water.”

#5. FORGET THERE WAS AN OLD STRATEGY 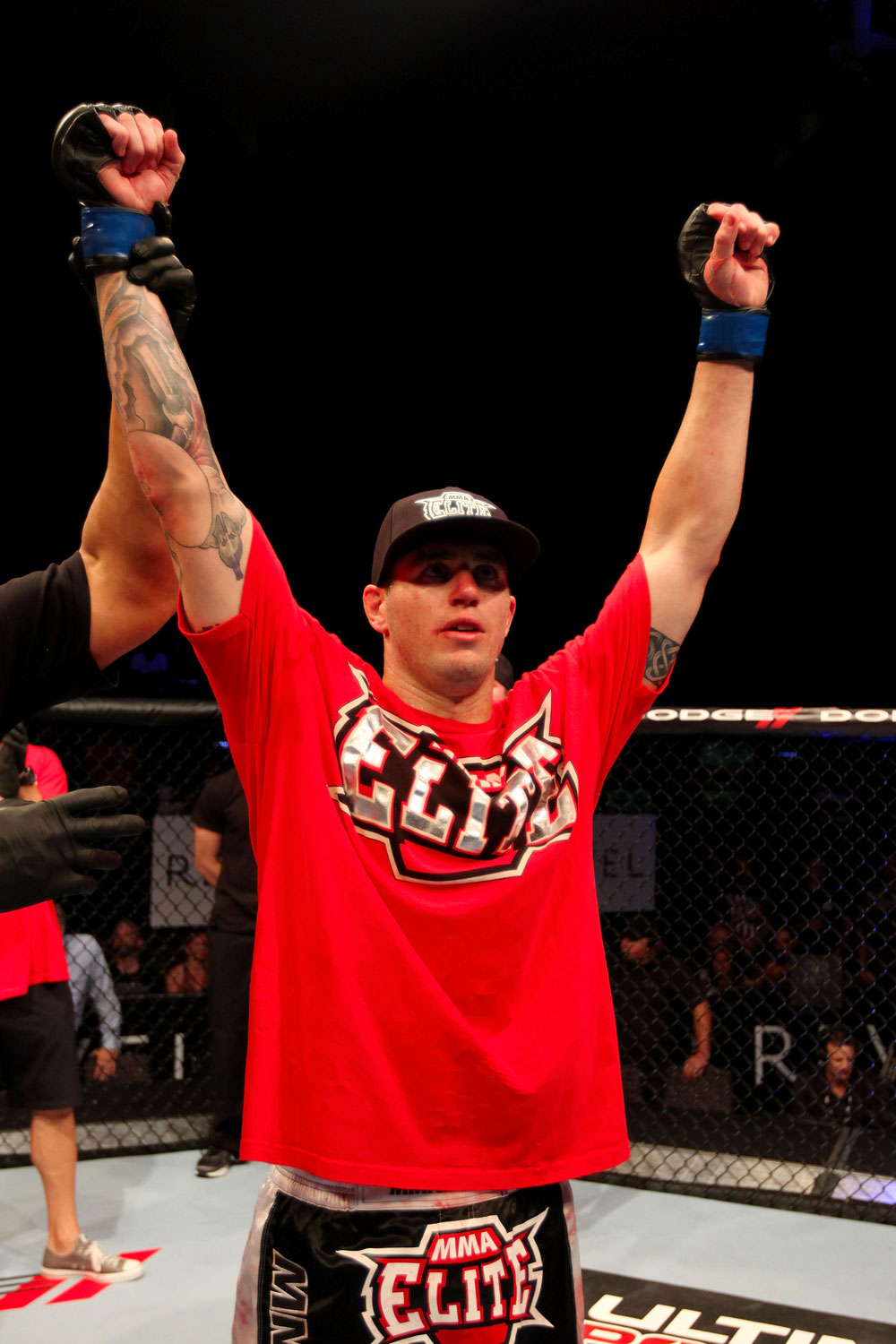 “When you take a fight on short notice, you have get tape of your opponent right away,” Camozzi said. “From there, my coaches create a list for me that include keys to winning the fight as well as the things we need to work.”

#6. GET CONTROL YOUR NERVES
New opponents present different sets of challenges, which may usher in feelings of excitement and uncertainty. Learning to harness those feelings is a key to staying focused. “I think there is less pressure for a short-notice fight,” Camozzi said. “If I take a 10-week camp, I go through this phase of a couple weeks where I have plenty energy and I’m ready to go. Then about midway through I start to get tired and nervous, and I start to think “What if this happens?” or “What if that happens?” Right now, I’m still on that excited phase. I don’t have time to dwell on the fight as long or second-guess myself. I just have to go in there and get it done. I think less and react instead of overthink.”