"I think the division needs some new blood." - Chris Camozzi 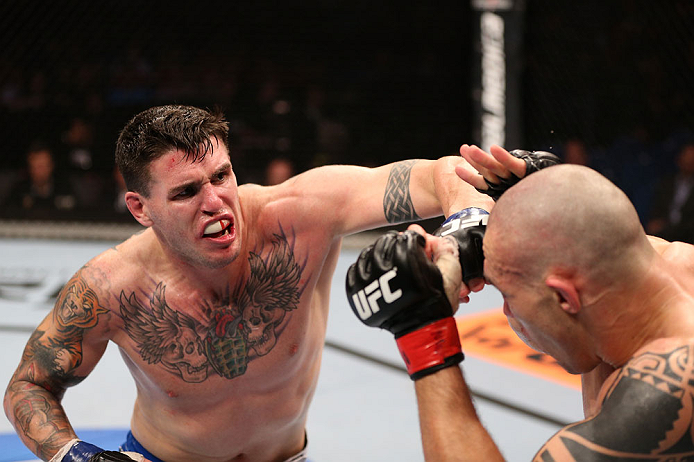 Cut from the UFC roster after a loss to Kyle Noke February of 2011, Chris Camozzi bounced back with a decision win over longtime middleweight standout Joey Villasenor three months later, earning him a return call from the big show later that year.

The result? A disappointing three round loss to Francis Carmont.

After the bout, Camozzi got a call, but not the one he was expecting. Instead, it was his manager, Jason Genet.

“What were you doing?” asked Genet.

“What do you mean?” responded the Colorado prospect.

“What the hell was that in that fight? You don’t shoot in on guys, you don’t push them up against the cage and hold on to their legs. What were you doing?”

Just like Genet didn’t pull any punches, neither did Camozzi, telling his manager, “I don’t want to lose my job.”

That’s when Genet gave his fighter some words of advice.

Camozzi didn’t get cut after the Carmont fight. He hasn’t lost in three straight either, submitting Dustin Jacoby, stopping Nick Catone, and decisioning Luiz Cane in a 2012 campaign that solidified his spot in the division as an up and comer with the potential to move into the realm of contenders should he keep winning, starting with his UFC 158 bout against Nick Ring this Saturday. And he says he owes it all to the mental side of the game.

“I don’t want to fight boring,” he said. “I want to look back on my fights and be proud of them. Winning makes you proud, but I think having some epic battles is just so much more fulfilling. I would rather people remember me and have some losses than have all these wins and people have no idea who I am.”

People know who Camozzi is now, and it’s no surprise why given his recent success. But even before his winning streak, the 26-year-old had a reputation for being in those kind of blood, sweat, and spit flying bouts that would get fans on their feet, the Carmont fight excluded. So getting onto the main card like he is this weekend was seemingly not a question of if, but when.

“It feels like I’m doing something right,” he said. “I was a little disappointed I didn’t finish my last fight (against Cane at UFC 153 in Brazil last October), but I won and I guess it showed them enough that I come to fight and I try to put on a good show. It feels good to be on the main card, and the timing couldn’t be better.”

Timing, meaning that with a July wedding approaching fast, any more money in the bank account is welcome. Yet despite his own matters to deal with, Camozzi is continuing to take time to think of others. Before the Cane fight, he teamed up with Brazil’s Instituto Recao to help get kids off the street and into the gym in Rio de Janeiro. This time around, he’ll be drawing awareness to Frank’s Fight, which is aiding MMA fan Frank Edge’s battle against cancer.

“I got to know Frank on the Underground (Forum at mma.tv), and seeing his posts and stuff, I’d follow along and click on some things, and I saw that he needed some help,” said Camozzi. “He’s battling multiple types of cancer and he’s had a whole long list of bad luck, so over the last couple months I’ve been trying to help out where I can.”

On Saturday, he’ll have “Frank’s Fight” on his trunks, and while he’s already joined with the local Sparta Combat League promotion to have an auction to help with Edge’s medical bills, Camozzi still wants to do more.

“His family’s just really been struggling,” he said. “Those medical bills will crumble you and you lose everything trying to pay for something to save your life. So I’m trying to raise awareness for his cause. It’s a cool opportunity to help Frank and his family, because I’ve gotten to know all of them. And it feels good, but I wish I could do more. Ever since I was young, I always liked to help people out and now with the UFC and being on TV and getting all these interviews, it gives me a platform to help people even more. I always told myself when I was younger that if I was any kind of movie star or anything, I would use that and help out.”

“I never tried for it, but I figured if anybody ever begged me while I was walking down the street, I would jump all over it.”

Luckily, while Hollywood hasn’t started calling yet, Camozzi is still making some pretty decent action films of his own as a professional fighter, and next up is Ring, a veteran of The Ultimate Fighter 11 like Camozzi who has the uncanny ability to find a way to win in virtually any situation.

“It is a little tough, but I think my style matches up well with him,” said Camozzi, who will also be fighting in Ring’s adopted home country of Canada. “I feel like I’m a pretty busy fighter, I push the pace, and these are things that will help me win if it goes to a decision. But I’m not going in there looking for a decision, I’m looking to finish as fast as I can.”

That’s the attitude that got him on the main card and that has his job situation a lot more secure than it was around the Carmont fight. But Camozzi isn’t satisfied with just sticking around; he wants to lead the charge for the new generation of UFC middleweights.

“I think the division needs some new blood,” he said. “A lot of those guys, except for (Chris) Weidman, have been around for a long time, and they’re winning fights but they’re not making big moves. So I think (UFC president) Dana (White) is just waiting for that next guy to really stand out. I think he wants to see an exciting young fighter coming to bring it, kinda like Jon Jones did, and run through the division and straight to the top, and I think I can definitely be that guy.”