As The Great Debate For The Best Foundational Discipline For Mixed Martial Arts Rages On, Wrestling Makes A Strong Case For Its Efficiency With Mental Preparedness
By McKenzie Pavacich, on Twitter @mpavacich_ • Dec. 23, 2021

Whether you love or hate the discipline of wrestling and its crossover into the Octagon, it’s hard to deny that this one of the original martial arts has produced some of the biggest and best names in UFC history.

No matter if you’re talking about now-retired “champ-champs” Daniel Cormier or Henry Cejudo, or examining what made former champions and UFC Hall of Famers like Kevin Randleman and Mark Coleman so great, a case can be made that wrestling has proved itself to be a consistently strong foundation for building skills as a mixed martial artist.

UFC.com's Best Of Everything From 2021 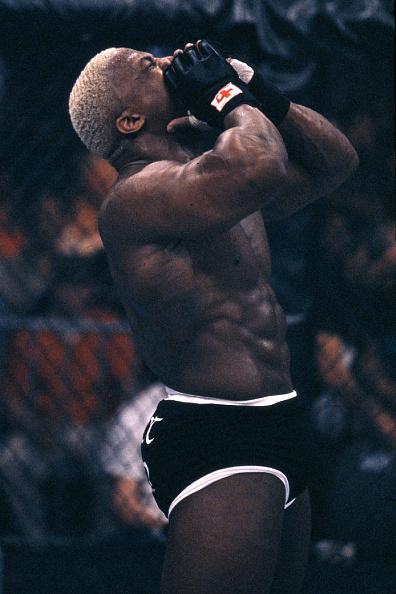 Kevin Randleman in the Octagon prior to his bout with Maurice Smith at UFC 19 at Casino Magic on March 5, 1999 in Bay St. Louis, Mississippi. (Photo by Josh Hedges/Zuffa LLC/Zuffa LLC via Getty Images)

“I know Mark very well, but Kevin and I were truly contemporaries,” Ryan told UFC.com inside the UFC Performance Institute as his team finished up a workout before a Las Vegas tournament in early December.

“When I was wrestling at the University of Iowa, Kevin was wrestling at Ohio State. Obviously, I didn’t know him personally at that point, just as a competitor, but watching him was special. He was one of the few people that when I reflect on my 40 years in the sport of wrestling, I think, ‘Wow this guy was a specimen.’ Kevin was different.”

This description of Randleman is something we’re certainly used to hearing, especially when he was competing on the biggest stages of the sport. But on the humble mats of collegiate wrestling was where Kevin Randleman, the entertainer, was forged.

“I just remember his athletic ability and watching him win championships through his toughness,” Ryan said. “He was uniquely gifted, but he brought with that gift an incredible amount of hard work, and you could see that when he wrestled. He wasn’t a talented guy who fell back on his talents, he was an incredibly talented guy who worked hard and understood suffering.”

Suffering seems to be the piece that truly sets wrestlers apart — and while it sounds dramatic, when you have to make weight every week for months on end and have to endure the similar grind of a 12-week camp for 40 weeks a year (give or take a few), you learn a thing or two about suffering and how it breeds greatness. 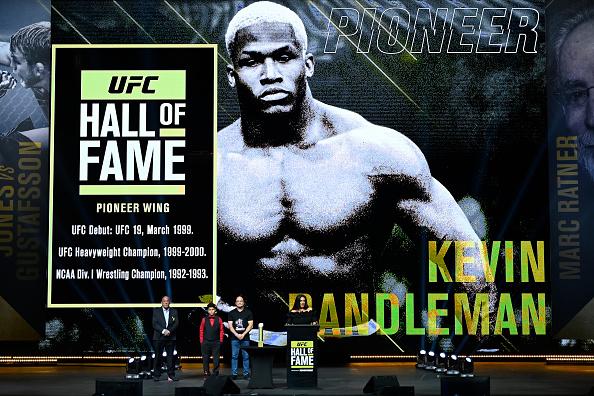 “I think learning how to struggle, learning how to put yourself through challenging things is a critical component to being elite,” Ryan said, smiling. “I call it ‘chosen suffering.’ If you don’t understand chosen suffering, your chances of climbing high in anything is going to be diminished. Wrestling certainly teaches this.”

There were enough lessons learned by Ryan throughout his 40 years in the sport of wrestling — and simply in life — that he wrote a whole book about the concepts of chosen suffering. But it really all comes back to the same idea, whether you’re on or off the mat: if you get comfortable succeeding in the most dire and uncomfortable circumstances, there’s no circumstance under which you can’t succeed.

“Most of the best wrestlers I’ve coached who have been successful have been around this understanding of the toughness that is required. That’s the backbone of being a great UFC fighter. You’re going to be uncomfortable, and if you can't deal with it, then you have no chance. Discomfort is coming, be ready for it.”

Whether the discomfort comes in the form of fighting off what seems like an unbreakable guillotine at the edge of consciousness, or coming back from almost being finished in the first round to submit a multi-time world jiu-jitsu champion (we’re looking at you, Clay Guida), maybe the biggest case for foundational development in mixed martial arts should be focused in toughness, not necessarily which discipline provides the best technique.

“Other sports too, jiu-jitsu and other martial arts, but wrestling is a breeding ground for training athletes tactically, technically, nutritionally and mentally, from a suffering standpoint. A lot of wrestlers have gone on to have great careers and support their families thanks to UFC, and we’d love to see more of it. The stronger college wrestling is, the stronger the UFC will be.”

While the great debate for the best discipline in mixed martial arts rages on, wrestlers will continue to keep their heads down, hammering away at training and mastering the art of suffering.