Chiesa vs. Lee to Headline in OKC 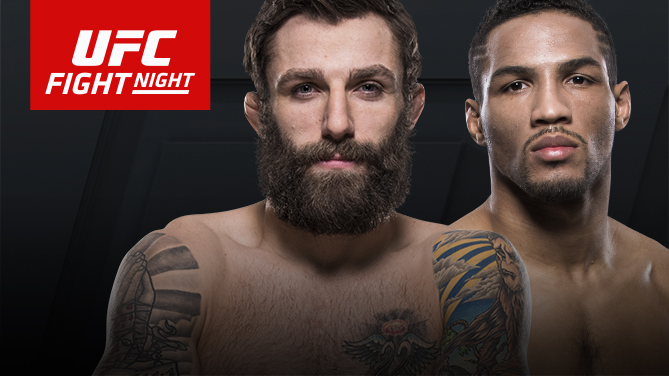 The UFC’s first event in Oklahoma City since 2009 now has a main event, as lightweight contenders Michael Chiesa and Kevin Lee collide at Chesapeake Energy Arena on Sunday, Jun. 25.

Currently ranked seventh at 155 pounds, former Ultimate Fighter winner Chiesa will make his first start since April 2016, and he has been showing the best form of his career, as he’s won three straight over Mitch Clarke, Jim Miller and Beneil Dariush. Las Vegas’ Lee has been quietly putting together an impressive winning streak of his own, but after defeating Efrain Escudero, Jake Matthews and Magomed Mustafaev, it was a March submission victory over Francisco Trinaldo that put the 24-year-old into the top 15.