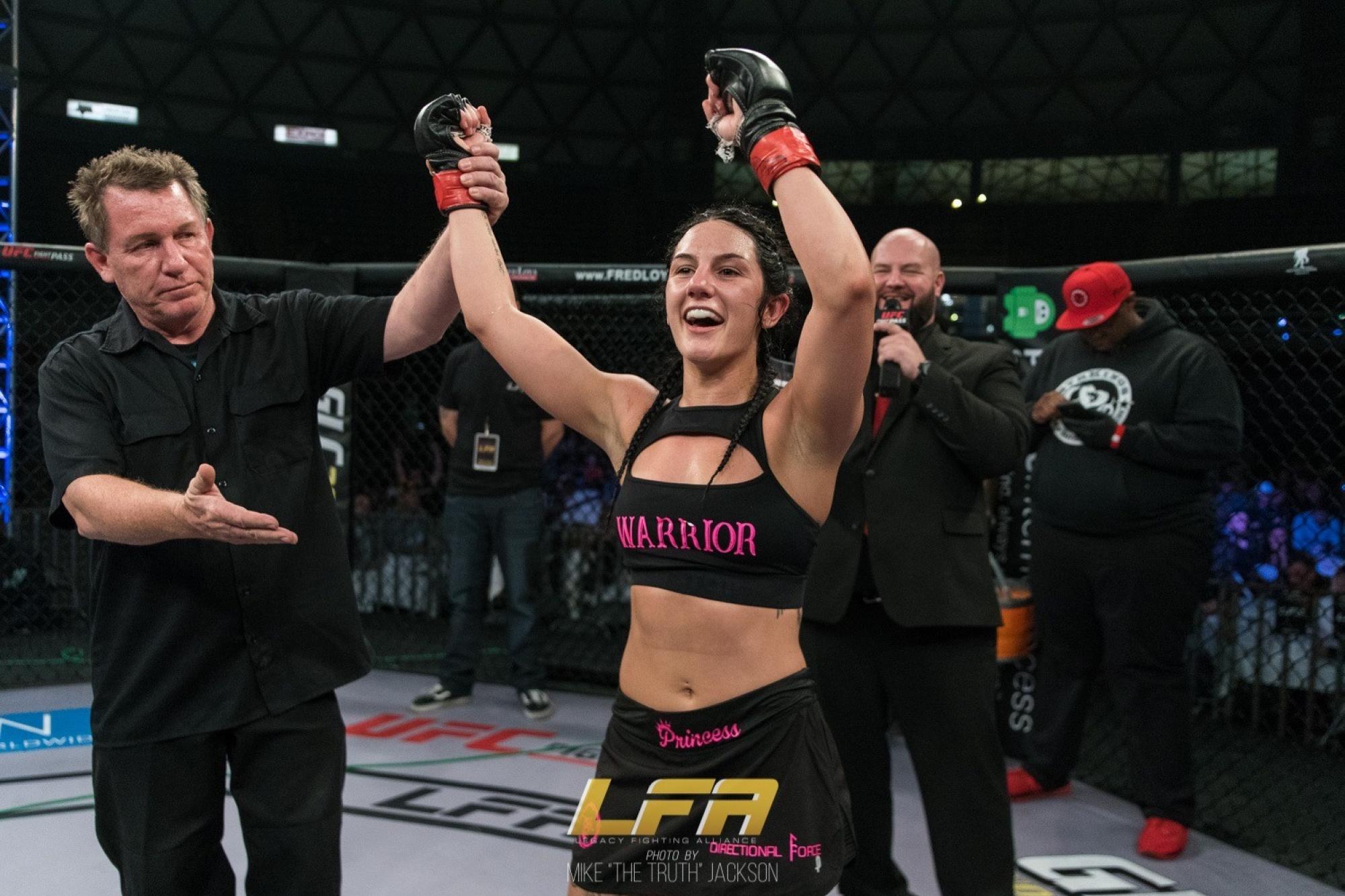 Cheyanne Buys Finally Gets Her Shot

Cheyanne Buys has been itching for her opportunity on Dana White's Contender Series. Tonight she finally gets it.
By Walker Van Wey • Aug. 18, 2020

Cheyanne Buys comes into season four of Dana White’s Contender Series as one of the most familiar names in the competition, something that belies the fact that she only has five pro fights.

Buys looked as though she was out to make a career of amateur MMA, but after putting 12 bouts under her belt she finally took the step into the pro game.

Buys baptized herself with fire by making her professional debut at LFA 35. She showed her worth by mauling opponent, Karla Hernandez, for 14 and a half minutes and defeating her with elbows. At 1-0, Buys climbed another mountain in Invicta FC. Despite impressing in only her second pro fight, she took home a decision loss at the hands of Helen Peralta.

Fighting in two of the top promotions in the United States wasn’t enough for Buys, who went over to South Africa for another win. Riding high on her skills from both the amateur and pro ranks, Buys contacted UFC matchmaker Mick Maynard to plead her case about season 3 of Dana White’s Contender Series.

It was the perfect opportunity for Buys to slack off or complain, but the fighter in her overshadowed her disappointment. Sitting on the sidelines wasn’t an option. Buys put together two more wins in less than six months. Had COVID-19 not swept the world it would have been more, although after her performance at LFA 78, she surely didn’t need more.

With the amount of fighters making their debuts, it’s fair to assume that Buys could have made an appearance in the UFC without a stop at the Contender Series. But in true warrior spirit, Buys wants to make a point on August 18.

“When I did get the opportunity to get on Contender there was no doubt about it,” Buys explained. “I was going to say yes. This is my time to prove my worthiness. If anybody denies Contender and they just want to be put in there (the UFC), then they don’t deserve to be there.”

Pushing back Cheyanne’s Contender Series date didn’t deter “The Warrior Princess” either; it simply made an already starving lion even more hungry. Winning the fight, getting a contract and getting to the UFC now isn’t even a win in Buys’ mind.

It’s been a lifetime’s work to make it to the UFC. With the contract in arm’s reach and a fighting style like few others, standing in the Octagon won’t feel complete without iconic fights to go with it. Buys already states she’d like to fight twice in the Octagon this year. In the 25-year-old’s mind, it’s only a matter of time before she’s among the most legendary of names.

“I want (UFC President) Dana (White) to know I’m a moneymaker,” Buys said. “I’m not in this business to be average. Look at what Conor (McGregor) did and he got into the UFC in his late-20s. I’m young, I’m hungry, I’m relentless.”

Catch Cheyanne Buys’ performances at LFA and Invicta FC as well as every season of Dana White’s Tuesday Night Contender Series ONLY on UFC FIGHT PASS!