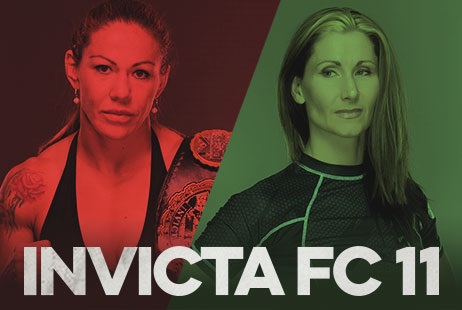 For much of Charmaine Tweet’s training camp preparing for her Invicta FC featherweight title bout against Cris “Cyborg” Justino this Friday night, it’s been business as usual, just like any other fight. At least until last week.
“It didn’t feel different until we saw a post that I was going to be at the open workouts for the UFC,” she said. “Okay, that’s different.”

It’s a good different though, as Tweet is finally getting the exposure and attention she’s earned after years of hard work, complete with open workouts just before the UFC 184 headliners in Los Angeles, her fight being aired on UFC FIGHT PASS, and having the eyes of the mixed martial arts world on her bout.

Going from a low of -11 degrees in her native Saskatchewan to sunny Los Angeles? That’s just a bonus.

“Usually I’m just focused on the fights and usually working full-time, so there’s not a lot of time for other stuff to happen, so this has been the perfect storm,” Tweet said. “It’s nice to sit back and enjoy the ride. What’s the point of doing all this if you can’t enjoy what’s going on? And that’s what we’ve been doing. It’s been a great experience.”

And one a long time coming. A pro in MMA since 2011, the 37-year-old mother of two is a former Muay Thai champion who has more than paid her dues in her “new” sport. 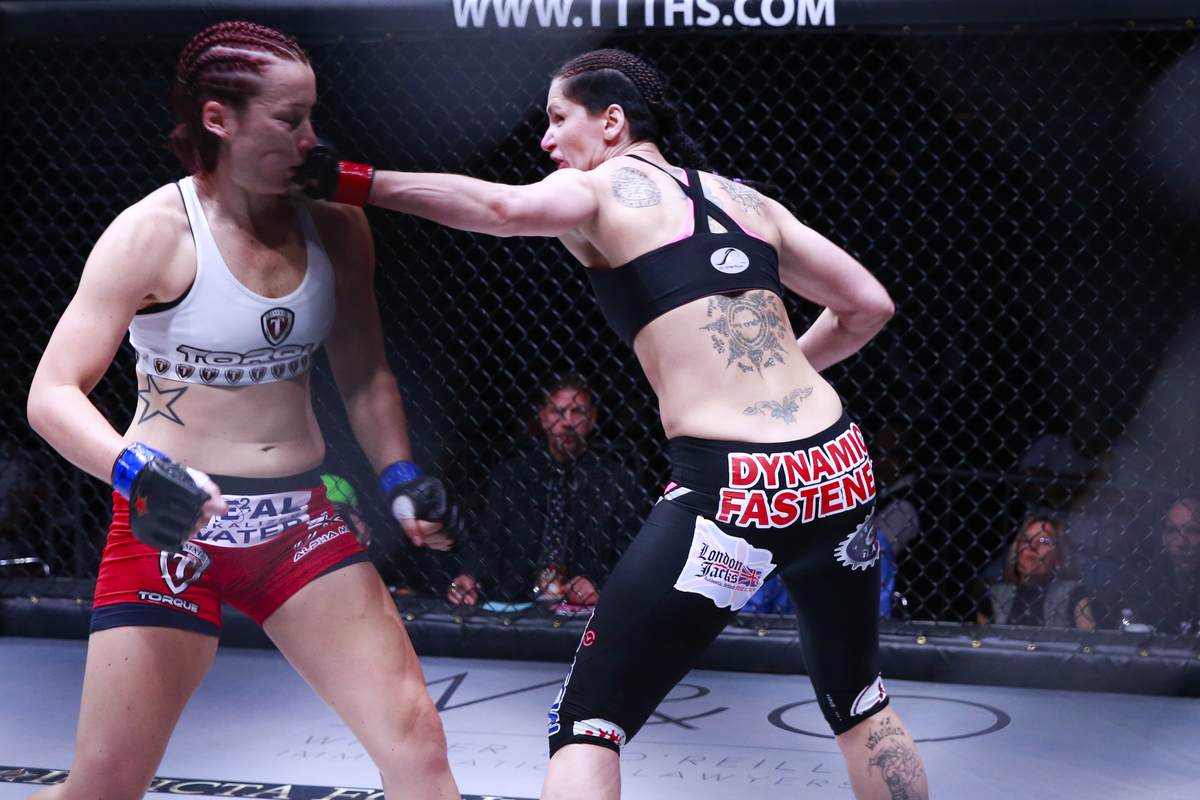 “I was coming off a very successful Thai boxing career and I really had no clue what MMA was all about until I got into that cage and suffered my first loss,” she said. “I had started grappling before I did that, but I could have used more time doing jiu-jitsu before I took my first fight.”

Probably, considering that her first fight just happened to be against one Ronda Rousey in June of 2011.
“Her name was up and coming, but it wasn’t as big as it is now,” Tweet laughs, downplaying the sheer guts involved in taking on the current UFC women’s bantamweight champion in your debut. “And had I beat her, it would have probably changed the landscape of what we’re seeing right now. But you could look at my early fights as my amateur career.”

If you do, let’s say the first year of Tweet’s MMA career was her on the job training, but after a 1-3 start, the Regina native has gone 5-1 – all finishes – with her most victory a first-round knockout of Veronica Rothenhausler. In short, it’s the perfect time for a showdown with the always intimidating “Cyborg,” though as Tweet points out, that’s a nickname she’ll leave with the fans and media.

“We definitely don’t look at her as an intimidating machine,” she said. “We stopped calling her ‘Cyborg.’ Her name is Cris and she’s just another person. Yeah, she has a good record, but we’ve watched her fights and we say ‘you know what, that’s working against this person, but what could this person be doing differently so that it didn’t work against her?’ And that’s where we’ve been coming from, finding what we think her opponents did wrong in order to make her so successful and working on that. And that’s similar to what we did with Veronica Rothenhausler. It’s not so much what she’s doing right, but what those other people are doing wrong. And let’s fix that. That’s how we’ve been coming at this fight.”

But what of Justino’s tendency to take a sporting event and make it a brawl? Tweet is more than ready for whatever happens at the Shrine Expo Hall on Friday. 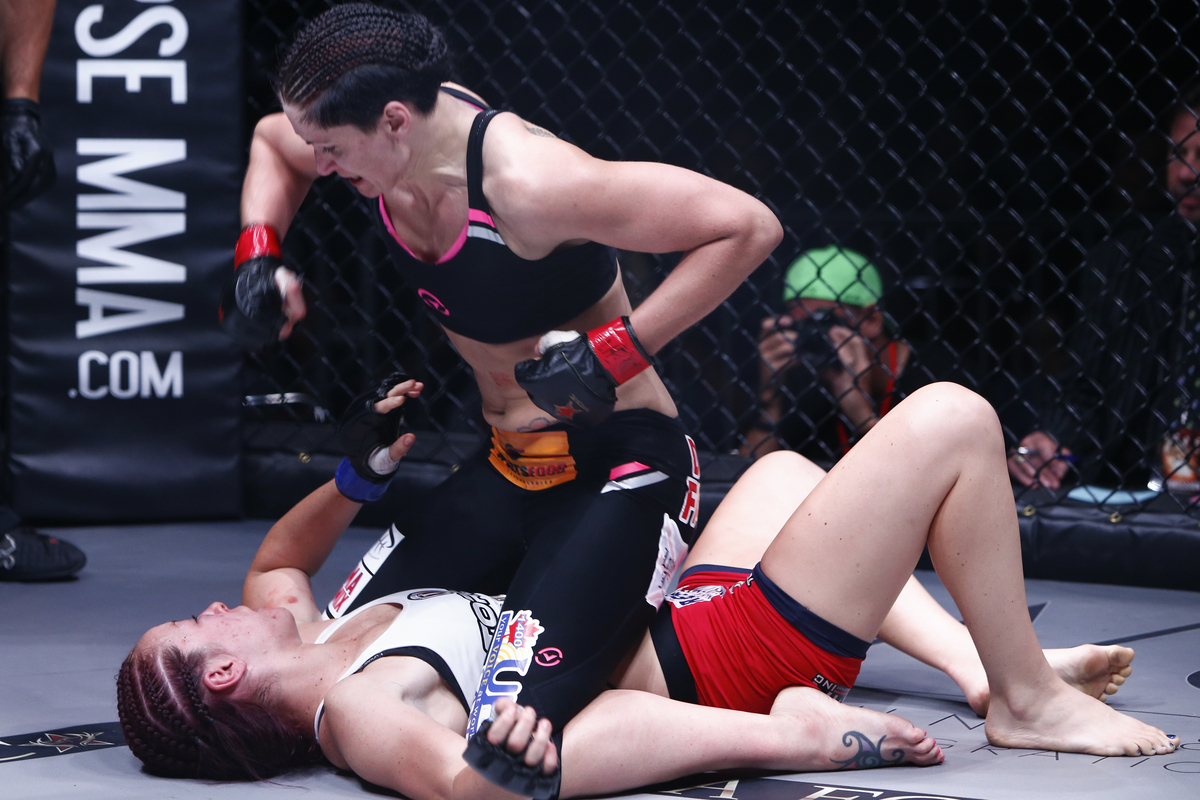 “Before my fights I used to do a Wai khru,” Tweet said, referring to the traditional Muay Thai ceremony of paying respect to your teacher. “My coach said to me ‘when you do that, you get into a martial arts mode. You need to stop that. It is martial arts, but it’s a fight. You need to get it out of your head that you’re going to go in there and play martial arts. You’re going in there to fight.’ So I changed that recently. I wait until the end, after I’ve won, to bow to my teacher. So I’m going in and it’s going to be a fight and I know that. But I also know that I’m fighting a brawler and technique stops a brawler. It’s a fight, but I’m going to use my technique to nullify what she’s doing.”

And with all the talk surrounding a potential Superfight between Cyborg and Rousey still going on, if Tweet can upset Justino and do some “world shocking,” she is well aware that things will never be the same for her or her career.