Charlie Brenneman - On The Quest For Another June 26th

"I prefer to stay ahead of the game and go in there with the attitude of no losses, looking ahead, moving forward.” - Charlie Brenneman 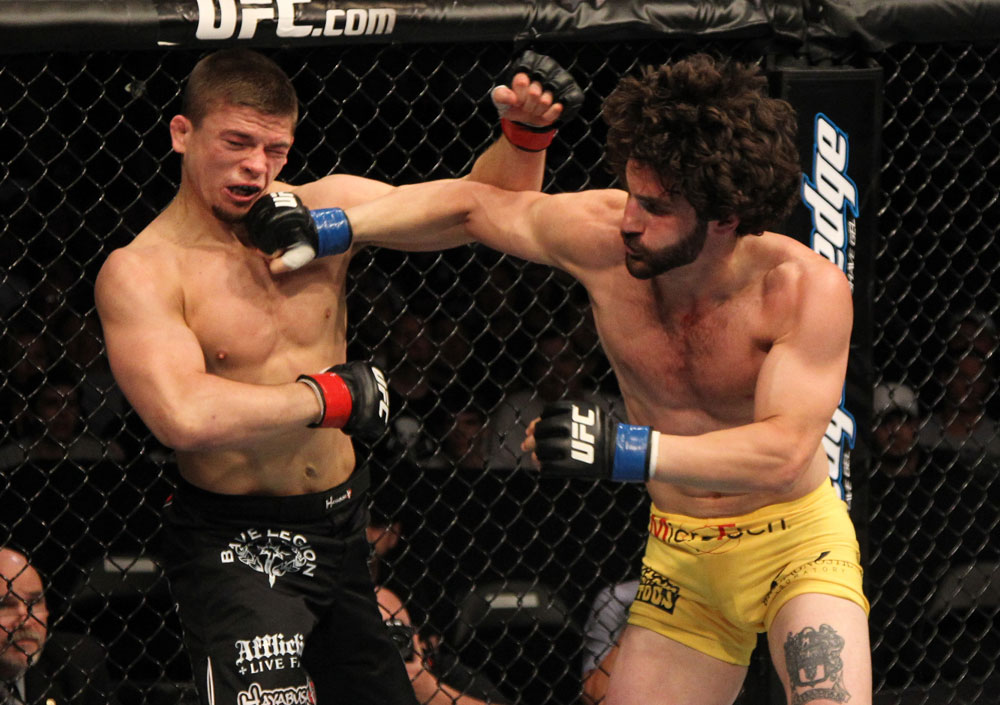 There’s coincidence, there’s fate, and then there’s the story of Charlie Brenneman and his fight with Rick Story on June 26th of last year. It was a week that defied all logic, but in the end, it culminated in an event that even Brenneman knows will be hard to top no matter how high he goes in the UFC welterweight division.

For starters, the UFC was holding an event in Pittsburgh, and while Pennsylvania is Brenneman’s home state, it wasn’t until Matt Riddle was scratched from his bout against TJ Grant that the Hollidaysburg native got a spot on the card. That was the good news. Then came the bad.

“I had 200 people coming to see me, and then TJ Grant got sick,” recalled Brenneman, and with just days to go before the bout, there was really no time to get a replacement in for the Canadian. Brenneman was told to stay on weight in case any other fighters fell off the card, but even he knew that chance was a slim one.

Yet on the day of the weigh-in, main eventer Nate Marquardt was not cleared by the Pennsylvania commission, and now Story didn’t have an opponent. It didn’t take long to find him one, and 45 minutes before going on the scale, Brenneman was back on the card.

Just showing up and competing in front of his home crowd probably would have been enough to put that day into his personal time capsule, but when event night came, Brenneman fought the fight of his life against Story and won a clear-cut three round unanimous decision. It was “Rocky” in four ounce gloves, but no one puts that night in perspective better than Brenneman himself.

“My life climaxed on June 26th,” he said without a hint of hyperbole. And it’s hard to argue with him. But it does beg the question, what still gets him out of bed in the morning to train every day?

“To try and get another June 26th. (Laughs) To get something equal to it. I don’t expect anything better than it, but I’d sure like to have that feeling again.”

So to get in position to get that feeling again, Brenneman, who moved to Northern New Jersey a little over a year ago, makes his way to the AMA Fight Club in Whippany daily, commutes an hour each way back to Pennsylvania three days a week for strength and conditioning, and also takes the two hour drive to see his fiancée on the weekends. It’s a sacrifice, but it’s a necessary one for the former high school teacher.

“The bottom line and the simple answer is that it’s what I love to do,” said Brenneman.

3-2 in the UFC and 14-3 overall, Brenneman has shown himself to be on the right track. His only two Octagon losses - one pre-Story and one post-Story – have come against top level foes Johny Hendricks and Anthony Johnson, and seeing where they ended up after his bouts with them lets him know that if he can win those bouts in the future, the sky’s the limit.

“The Hendricks fight I can live with because I had a good first round, and I got to show a little bit of my game,” he said. “The Johnson fight, I’m not real happy with because I really didn’t have a chance to do anything. It was over before it even started. But I really take the gauge from where I fought Hendricks way back then, and I can use that as a barometer to judge where I’m at right now.”

Right now, the 30-year old is getting ready for a bout this Friday against fellow up and comer Daniel “Ninja” Roberts. Brenneman is coming off the knockout loss to Johnson last October, which broke a two fight losing streak, but Roberts has lost two straight, making this – on paper at least – even more important in terms of getting the victory. Yet even though Brenneman’s higher success rate in the UFC and his stepping in on a day’s notice to fight Story likely has him in good stead heading into the Nashville bout, he doesn’t think for a moment that he has a golden ticket in his hand to avoid being cut if he loses.

“I wouldn’t like that approach, to be honest, because that makes losing a little bit more okay,” he said. “It’s like ‘Well, I lost, but I still have this.’ It’s like missing a workout. If you miss one workout, no big deal, but if you miss another one and another one, I prefer to stay ahead of the game and go in there with the attitude of no losses, looking ahead, moving forward.”

There is a lot to look forward to for Brenneman. He’s engaged to be married, he’s built a solid reputation for himself in the UFC, and with a win on Friday, he can move on from the loss to Johnson and get 2012 off to a good start. That’s more than enough to keep a man hungry.

“I’m driven to work harder, to train harder, to not let my guard down at all, because you’re only as good as your last fight,” he said. “Who knows if I’m in any more favorable position than Daniel Roberts is? All I know is that my life is developing, I have more responsibilities, I’m getting married, and I need it. He’s trying to prevent me from getting what I want. And that’s the attitude that I take.”

It’s an attitude that may get him another June 26th feeling one day.