Charlie Brenneman: A New Man at 155

"When I was outside of the UFC looking in, I was looking at these guys
who were winning and doing really well. And I know that I can
beat these guys." - Charlie Brenneman 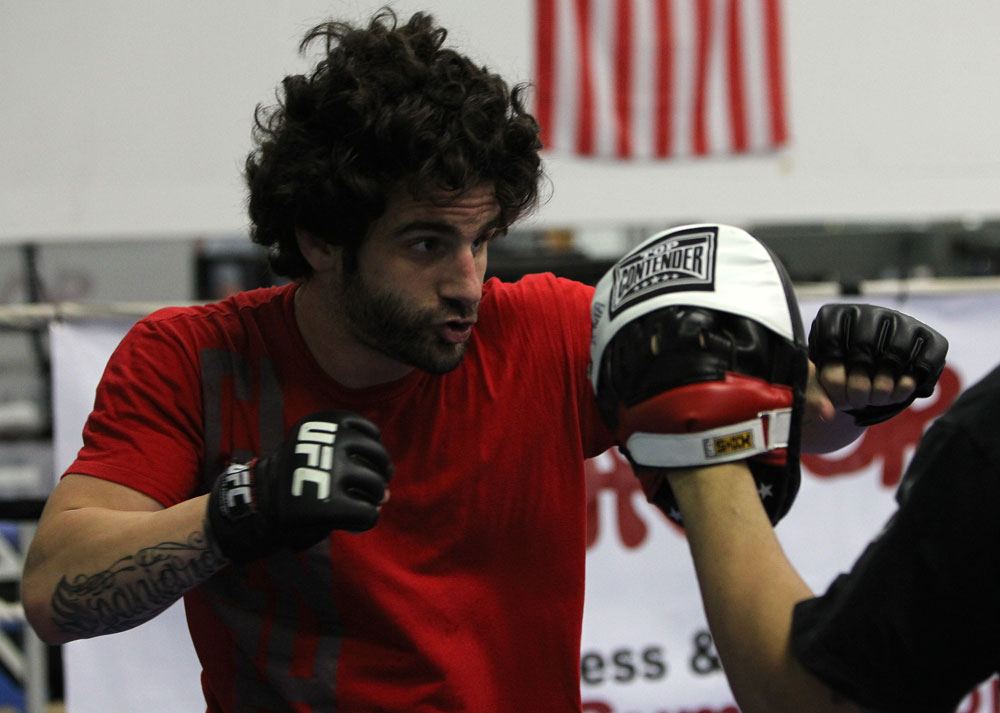 The UFC call. Once you’ve received it the first time, it’s hard to ignore it the second time around. So after Charlie Brenneman put together four wins on the local circuit following his UFC 152 loss to Kyle Noke and subsequent release from the promotion, a request for him to step in on two weeks’ notice to face Beneil Dariush wasn’t one he thought too hard about.

“Career wise, my goal was to get back to the UFC, and that was the path back,” he said. “So it was a calculated decision, but we decided to take it.”

The January 15 fight in Atlanta came two and a half months after his previous bout in October, a second round submission win over Kyle Baker, and while “The Spaniard” stayed in the gym, there’s a difference between training and training for a fight.

“You give up a lot,” said Brenneman when asked the perils of taking a short notice fight. “I was training through Christmas and through the New Year, but I wasn’t training for a fight, so you give up some degree of training and pretty much all game planning and strategy. There’s very little you can do in those two weeks, but I’ve always prided myself on being ready to fight whenever. So it’s hard to make any excuses based on that philosophy.”

And he is the guy who took a fight on one day’s notice against Rick Story in 2011 and won, so Brenneman knows that it can be done. But on this night in Atlanta it wasn’t to be, as he was caught early and then submitted by Dariush. To his credit, Brenneman has no excuses for his first loss since 2012.

“The whole Dariush fight / experience was so fast and so much in the blink of an eye that I hate to say I don’t count it, but it hardly even happened to me because it started and ended so fast,” he said.

In the space of that 1:45, UFC fans didn’t get to see the Brenneman who had been tearing things up in his previous four fights, all of which were contested in his new weight class of 155 pounds. And while he did step up on short notice to fill in for the injured Jason High, that didn’t ensure that he would be back for another shot.

“There was no guarantee, and I know as well as anyone that you’re only as good as your last fight,” he said. “So there was that chance, but that’s what I train for, that’s what I live for, and that’s the opportunity that I wanted, so there was no doubt whether I’d take it (the Dariush fight) or not.”

Given his history and the willingness to step up when needed, Brenneman will get that shot this Saturday in Baltimore. And even better for him is that he will be matched up with a fellow wrestler in Danny Castillo. Why better? Well, three of Brenneman’s four UFC wins (Jason High, Story, Daniel Roberts) have come against opponents with wrestling-based styles.

“If I could pick the type of fighter that I’d want to fight, it’s someone like Castillo,” said Brenneman. “He’s really good in every area, he doesn’t necessarily excel in any one area, but what he uses in his fights is his wrestling, and I’m one hundred percent confident that my wrestling will trump his wrestling.”

Especially at 155 pounds, where he sees a lightweight landscape that makes him smile.

“When I was outside of the UFC looking in, I was looking at these guys who were winning and doing really well,” he said. “And I know that I can beat these guys. Not to sound arrogant, but I almost felt like, for a little bit, that I could big brother some of these guys because I was so used to handling the guys at 170, and that the physical prowess of the 155-pounders just wasn’t there.”

So what does the 33-year-old Pennsylvanian want fight fans to see from him in his (fairly) new weight class? A fighter eager to leave the judges out of the equation.