Charles Rosa Is Shaped By Loyalty

Charles Rosa's Experiences At American Top Team Boca Raton Gave Him The Tools To Succeed And Reach The Greatest Stage In MMA.
By THOMAS GERBASI, ON TWITTER @TGERBASI • Feb. 19, 2021

After starting his pro MMA career with a 9-0 record that included nine finishes, eight in the first round, Charles Rosa was confident that when he got the call to the UFC for an October 2014 bout with Dennis Siver, he was going to keep on rolling.

It didn’t matter that he was fighting a top ten contender on five days’ notice in Stockholm, Sweden. Peabody, Massachusetts’ Rosa had that New England swagger and nothing he had seen in his previous nine fights forced him to alter his outlook.

“I thought I was going straight to the world championship,” Rosa said.

Siver had other plans for “Boston Strong,” as he won a close, but unanimous, decision over the newcomer, who did earn a Fight of the Night bonus for his efforts while also realizing that he still had some holes to fill in his game.

“I was debuting against a top ten guy, and that first fight, it didn't go my way, but I proved I have everything except a little more skill that I needed,” said Rosa, who knew that adding tools to his toolbox was doable. The rest, the intangibles that only show up in a tough fight, he couldn’t learn those attributes. He already had them.

“I always had the toughness, that's something I feel like I'm born with,” he said. “I have the heart of a fighter and was taught to never give up my dad. My uncle, Tom "The Bomb" Rosa was a local New England Toughman champion, my grandfather Dominick Rosa was a Navy boxing champion. So I knew it was in my blood and in my DNA.” 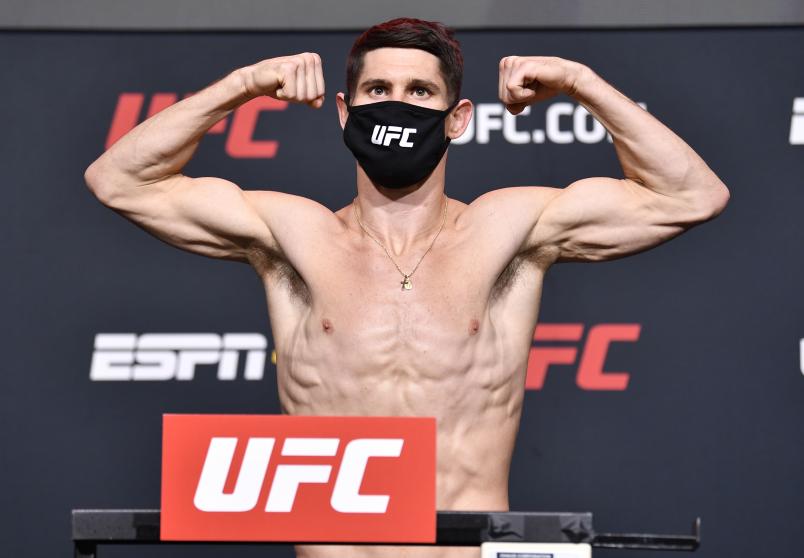 Charles Rosa poses on the scale during the UFC weigh-in at UFC APEX on February 19, 2021 in Las Vegas, Nevada. (Photo by Chris Unger/Zuffa LLC)

The funny thing was that Rosa didn’t grow up wanting to throw punches for a living. He played hockey, lacrosse and football, and while he continued to play hockey in college, when that was over, he wondered what was next to stoke his competitive fire.

“After college, it was, ‘What do I do now?’” he said. “I could join a men's league or something like that and I'll score six goals in a night and they're like, ‘Hey man, we're just drinking beer and having fun here.’”

Rosa laughs, but it was an issue, especially when he went south to Florida to use his culinary arts degree as a chef. Then he decided to walk into a boxing gym, which actually was Charles McCarthy's American Top Team gym in Boca Raton.

The 22-year-old Rosa’s first class was in kickboxing, taught by UFC veteran Cole Miller, who was then one of the top lightweights in the sport. Rosa had no idea who his instructor was.

“I borrowed a pair of boxing gloves, did the class, and the last 15 minutes was reserved for sparring,” Rosa recalled. “I didn't even have a mouthpiece.”

“Why don't you just sit this one out because it's your first day,” said Miller.

“No, this is why I came here; I came here to compete,” Rosa responded.

Miller reminded Rosa that he didn’t even have a partner to pair off with and then went to work the heavy bag while the class sparred. Rosa, persistent to the end, asked Miller if he wanted to spar? The lightweight contender didn’t respond.

“You want to spar?” asked Miller.

He most certainly did. Five rounds later, Rosa had a bloody lip, but he found the competitive outlet he was looking for.

The next day, McCarthy, a three-fight UFC vet himself, asked Rosa where he trained before. Rosa told him that was the first time.

“You got a real gift for this,” McCarthy said. “That kid you sparred with was Cole Miller; he's a top ten lightweight in the UFC right now. You gotta stick with this.”

“The lightbulb went off that day and I haven't stopped since,” said Rosa, who immersed himself in all things MMA. He even got his first pair of boxing gloves from none other than Mr. Kimbo Slice.

“He gave me my first pair of boxing gloves and he was like a mentor to me,” Rosa said of the late UFC vet. “I cornered him his last three fights and he was someone special to me. He inspired me and gave me a lot of confidence.”

So did McCarthy, who Rosa still works with to this day. That loyalty is rare in any walk of life, let alone the fight game. 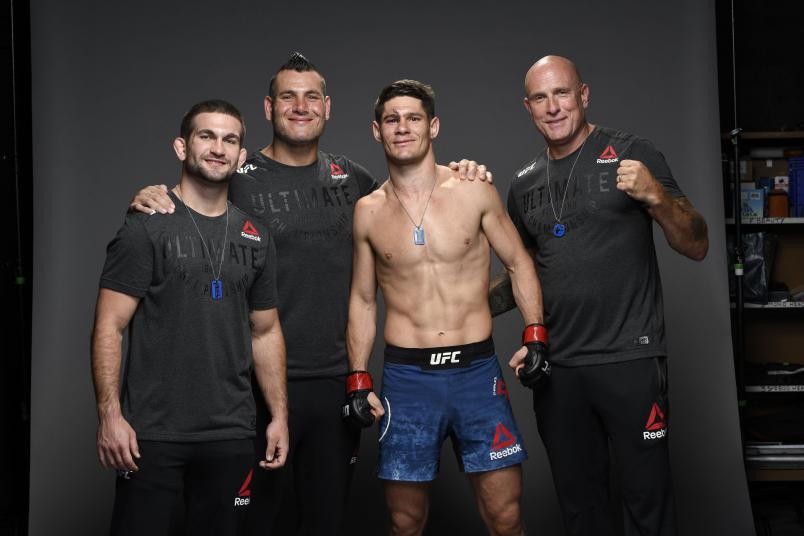 “When I met Charles McCarthy, I just had a bicycle,” laughs Rosa. “I didn't have a car, I didn't even have a cellphone. I came in there with nothing and he really motivated me. The first conversation I ever had with him, he goes, 'All right, what's your phone number?' I don't have a phone. ‘How old are you?’ That day I went to the Apple store and I took all the money I had and I bought a phone. (Laughs) He's someone who really built me from the beginning and put a lot of care and attention into me when I felt like I really didn't have anybody else. It was a hard time. I lost my two older brothers to drug overdoses, and it was hard. I think a lot of people doubted me, but he gave me that confidence and that chance. He introduced me to people like Kimbo Slice and people that I looked up to and really was inspired by. He gave me a lot of good opportunities and helped build me up. That's something I don't forget.”

And today, Rosa is on the verge of making an improbable dream a reality. Eight fights into his UFC career, the 34-year-old’s record may just be .500, but three of those four losses were in Fight of the Night wars against Siver, Yair Rodriguez and Shane Burgos. He also holds submission victories over Sean Soriano and Manny Bermudez, the latter win coming after more than two years on the sidelines recovering from a neck injury some said would prevent him from ever fighting again. He did return, “Boston Strong” indeed, and as he approaches a Saturday night bout against Darrick Minner following a decision win over Kevin Aguilar last June, Rosa feels that his skill set now matches his level of toughness.

“I took the fast track to the UFC,” he said. “Within five, six years from my first day as a white belt on the mat, I was fighting in the UFC. Over 20 amateur fights, went 9-0 as a pro - it was the fast track. So even though I did a lot of learning in those five, six years, I think it's almost impossible to learn all those skills. But now I'm at the point where I finally have all the skills. I know I can wrestle, I'm a black belt in jiu-jitsu, I went to Thailand and Holland for striking and I have Roger Krahl from American Top Team to bring my game together. So I finally feel like I'm a complete fighter.”

So what does he plan on doing now that he’s hitting on all cylinders?

“I'm a firm believer that things happen for a reason,” said Rosa. “I've been molded through all those other UFC fights, all that experience, and this is my time to make my title run. I really, really believe it. This is gonna be the second fight of my title run and I truly believe that.”