Charles Rosa Is Ready To Shine

Charles Rosa has been through some tough times, but he is ready to take advantage of the opportunity in front of him at UFC 249. Find out how.
By Thomas Gerbasi, on Twitter: @TGerbasi • May. 4, 2020

Charles Rosa took the news as well as he could, probably because he already got it in his head that he wasn’t going to believe it.

“The doctor basically told me that I was done,” said Rosa of the diagnosis of a late 2017 neck injury that forced him out of a UFC 220 bout at home in Boston against Dan Ige. “They said I had less than a one percent chance of coming back, and I looked the doctor in the eye and I said, 'Well, I'm a one-percenter. There's only one percent or less of fighters that make it to where I'm at in the UFC, so I know I'm that one-percenter type of person.'”

That’s what Chucky Rosa taught his kids. You fight until you can’t fight anymore, and no matter what the final outcome is, if you gave your best, you won.

“That's how I've always been raised, growing up the way I did in a big family, and I learned from my dad to never give up,” said Rosa. “That was the main thing that he always preached to me when I was a kid. As long as I tried my hardest, that's what he cared about.” 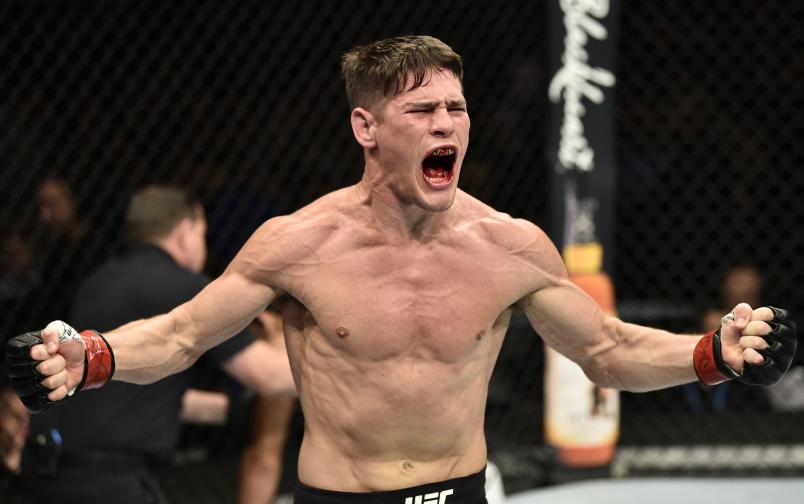 Charles Rosa celebrates after his submission victory over Manny Bermudez in their featherweight bout during the UFC Fight Night event at TD Garden on October 18, 2019 in Boston, Massachusetts. (Photo by Chris Unger/Zuffa LLC via Getty Images)

So when he was told that his fighting career was over just when it was about to start heating up after two UFC wins and three Fight of the Night bonuses, Rosa wasn’t having it. He had faced tougher battles in life, so if there was a way to get back, he was going to find it.

“That's the story of my life,” said the 33-year-old Peabody, Massachusetts native. “I've been through some tough things. I lost my two brothers to overdoses when I was young, and the chips were really down and I was able to come back and turn my life around and really get things going the way they are now. And it was the same with the neck injury.”

For two years, Rosa worked and did what he could physically, all with the goal of making it back to the Octagon, even if it was for only one night. And if it was going to be one and done for the featherweight prospect, at least it was going to be at home in Boston’s TD Garden, with his family and friends there.

The fight night in October 2019 wasn’t going to be an easy one, as he was matched up with fellow New Englander Manny Bermudez. And there was the pressure of being at home, on an ESPN card, and with one shot to make it right. Leading up to the fight, he limited his sparring in order to reduce the chance of re-injury. 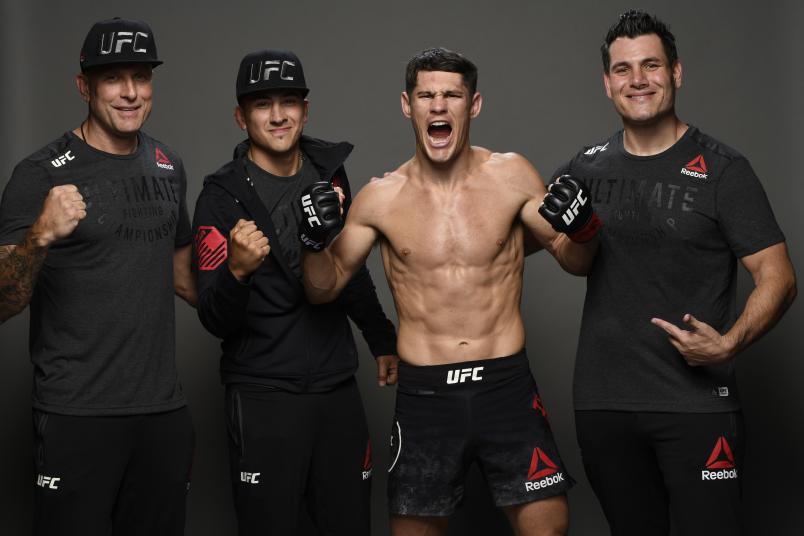 Charles Rosa poses for a portrait backstage after his victory during the UFC Fight Night event at TD Garden on October 18, 2019 in Boston, Massachusetts. (Photo by Mike Roach/Zuffa LLC via Getty Images)

“I wasn't trying to get injured again before I go back in there,” he said. “I wanted to at least get my one last chance and see how it goes.”

It went perfectly. Despite Bermudez missing weight, Rosa shook that off and was on top of his game come fight night. And less than three minutes into the bout, Bermudez verbally submitted to an armbar. Rosa had his win, a Performance of the Night bonus, and his life back.

“That was definitely a nerve-wracking fight for me,” he said. “It took me two years of doing everything that the doctors and some people told me I couldn't do, but I did everything I was supposed to do to possibly get that chance again. I had to do it. It was two years of a lot of hard work, dedication, commitment, days when I thought I wasn't gonna make it back, but I was able to persevere and get through it and push through it, and two years later, I got that moment that I wanted and that I worked for.”

As for the neck…

“My injury definitely held up well because I took a lot of shots in that fight in the beginning and I was able to come through,” laughed Rosa, who has had some big moments in the UFC since his short-notice debut against Dennis Siver in 2014, but none bigger than this.

“This one, being able to come off a two-year layoff and pull off the biggest win of my entire career in front of all my friends and fans and family, it was one of the most amazing feelings I ever had.”

You almost have to wonder if Rosa would be able to get up emotionally for his first post-Bermudez fight. Then the COVID-19 pandemic hit and, all of a sudden, with Rosa facing Bryce Mitchell on the UFC 249 card this Saturday that marks the first major sporting event to return, “Boston Strong” has no shortage of motivation.

“This is going to be the first fight card and the first major sporting event since the pandemic that people are gonna be watching,” he said. “It's gonna kick off the world again, in a sense, and there's nothing I'd rather be part of than this.”

“This isn't my first rodeo,” Rosa laughs. “This is what I thrive on. I thrive under pressure and that's pretty much every fight. It started when I was an amateur fighter. Then I get my first fight in the UFC, then my first fight in Boston in front of my home crowd and all my fans. There’s also my first fight back after my injury, so I always get this pressure every time I fight; this is just another way to do it, and my opponent's feeling the same thing, so it's an even playing field.”

That’s all any fighter wants, especially Rosa, because he believes if all things are equal, he’s got a little something extra in his chest that will get him the victory.

“I always do my best when I'm tired and you want to give up,” he said. “Even in practice when it's like that, it really comes down to one word, and this is something that can't be taught in the gym. It's one of those things that even over time some people never learn it, and it's heart. I think every fighter has a little bit of it, but there are fighters that have a lot more of it and that's something that I carry with me and I think I have more heart than any fighter in the entire world. That's what helps me be able to pull off these big wins in situations where I may be down or behind. I know when the lights are shining the brightest is when I performed the best.”