Charles Rosa Ready For The Ride

Featherweight Determined To Put Together A Winning Streak Starting This Saturday
By Thomas Gerbasi, on Twitter: @TGerbasi • Oct. 5, 2021

When Lucas Rosa, a graduate of Wheaton College with a double major in creative writing and philosophy, made his amateur MMA debut earlier this year, his older brother Charles was obviously a wreck.

“I'm more nervous for him then I am for myself,” laughed Charles. “I'm his big brother. I'm supposed to protect him and stop him from getting hurt, and when I can't be in that position to help him, it's tough to watch.”

Rosa didn’t need big bro to step in, as the promising featherweight prospect defeated Alfredo Garcia. But there was that moment in the corner before the fight began when Charles wondered what would ensue over the next several minutes.

“We're gonna find out right now if he's a better fighter or a better writer,” laughed Rosa. “He's a savage, though. He's the nicest kid you'll ever meet outside the cage, but like me, when you flip the switch and he steps in there, he's a savage.”

You can hear how proud Rosa is of his little brother when he talks about him. That doesn’t mean he’ll take it easy on him in the gym. The 35-year-old knows just how hard this sport can be, especially when you make it to the UFC level like he has.

“He (Lucas) has the blueprint from me, so I think it makes it a little bit better for him. Take the recipe, maybe adjust it to make it a little better, and you're gonna make it. He has my work ethic, he has my blood, so you know he's tough. I've been whupping his ass since he was a little kid, so he's got the genes and he's got the toughness.” 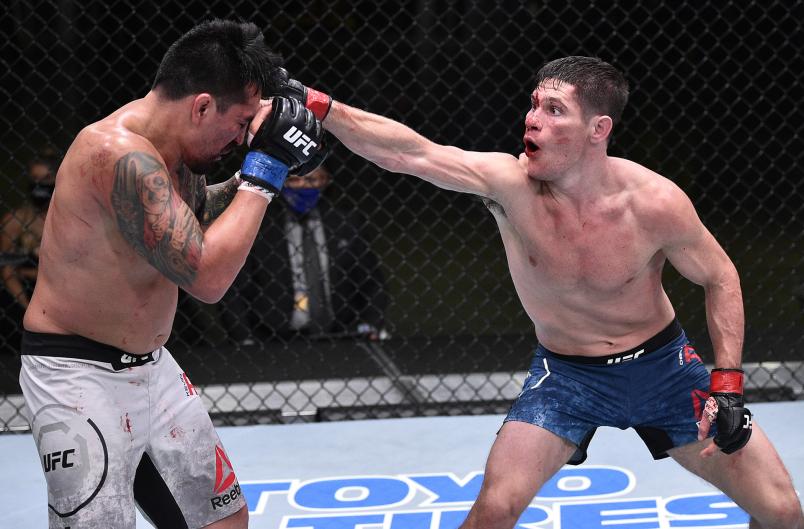 If anyone knows tough, it’s Rosa, who faces Damon Jackson this Saturday in Las Vegas. It’s a chance for the veteran to have his first two-fight winning streak in the UFC, a bizarre fact considering that the Peabody native has been part of the roster since 2014. But when you’re fighting killers every night, sometimes things just don’t go your way.

“The thing is, all these fights are so tough,” he said. “Every time you get in there in the UFC, there's no tomato cans like there are in boxing or other promotions. You don't build your record in the UFC. You're there to be the champion. I feel that every guy that's signed, especially in the featherweight division, is capable of being champion. It's just when the stars align and things work out. They gotta be healthy, get the right training, so all these fights, they'll basically be title fights in any other promotion.”

He’s not exaggerating, so even though Rosa is coming off a win over Justin Jaynes in June, there’s no opportunity for him to take his foot off the gas, because the next opponent will be just as tough.

“I go into every fight to win, and I'll win one, lose one, win one, lose one, and when I get that big win, it's usually a sigh of relief, but I'm coming up on the last fight of my contract, so there's really no sigh of relief,” Rosa said. “I went back in the gym the next day after the win, got right back to work, and I got this fight pretty quick. So I want to get this first two-fight win streak. It will mean more than anything to me to get on a good winning streak in the UFC, because you know how fast you climb once you get on these winning streaks. It takes only two or three wins and before you know it, you're a main event in Boston. The fans are back, the hype is going, and it will take a couple after that to be a world champion. It all happens real quick, so I'm ready for the ride.” 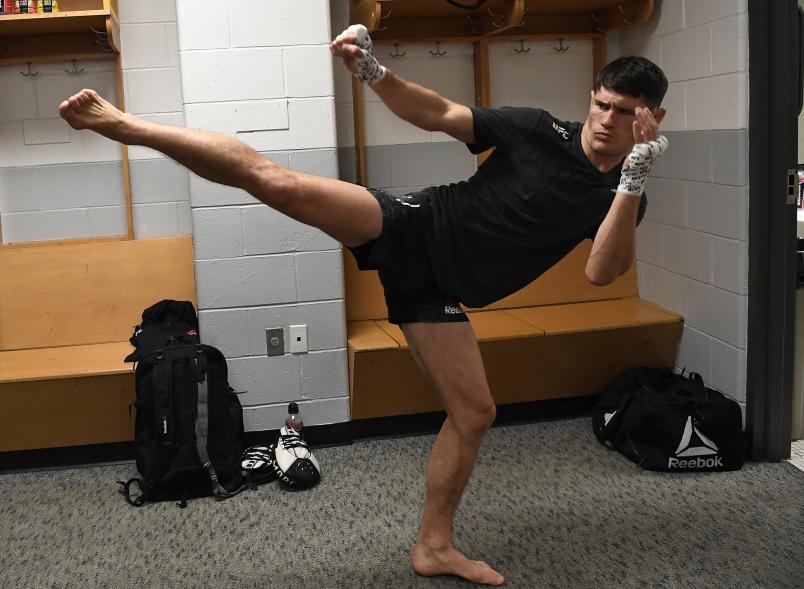 Charles Rosa warms up prior to his fight during the UFC Fight Night event at TD Garden on October 18, 2019 in Boston, Massachusetts. (Photo by Mike Roach/Zuffa LLC)

Sounds like “Boston Strong” has this whole ride mapped out, right down to headlining in TD Garden, where he has never lost in three UFC appearances against Sean Soriano, Kyle Bochniak and Manny Bermudez.

Fighting – and winning – in front of his home crowd in Boston was always a bucket list item for the New England standout, and to do it three times thus far is something he’ll never forget. And if he does let the everyday grind get in the way, he’s got his uncle, boxer and Toughman champion Tom “The Bomb” Rosa, to remind him that there’s nothing wrong with taking a moment to smell the roses, even if just for a moment before getting back to the task at hand.

“I talk to him at least once a week, and the thing he tells me the most and it helps me a lot mentally is, ‘Charles, you gotta enjoy this ride. You're in the f**king UFC, where people just dream about being. You're actually doing it and you're not just in the UFC; you're winning.'  He tells me to enjoy it and embrace it, and I do. But in the back of my head, I always still have my dream of becoming a champion. I still have my goals of making it to the top.”