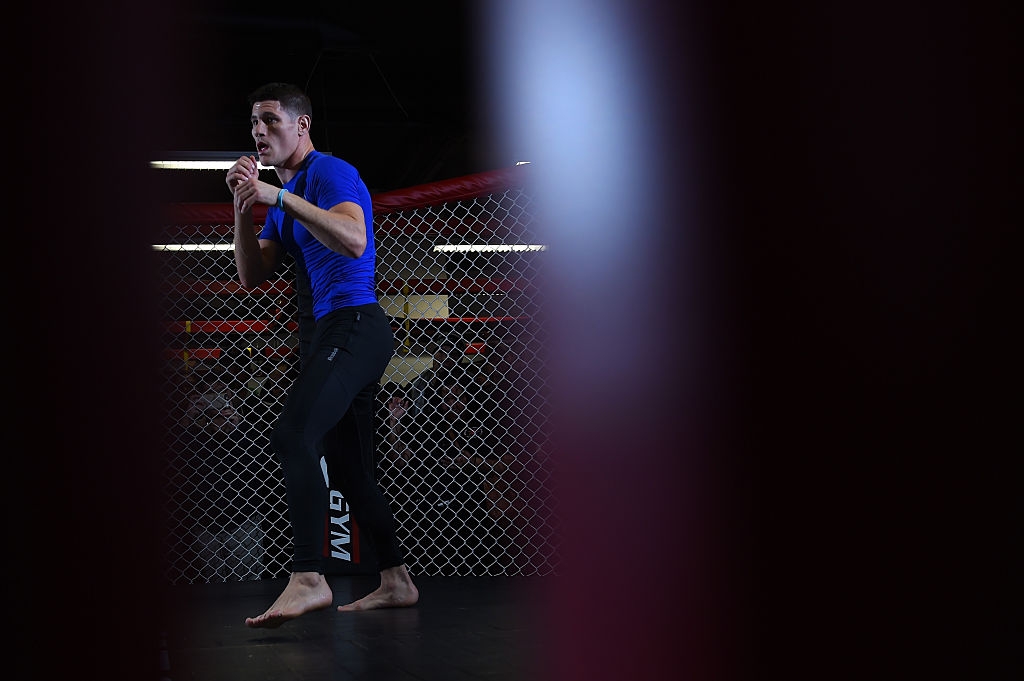 Charles Rosa works out for fans and media at the UFC Gym on January 15, 2016 in Boston, Massachusetts. (Photo by Jeff Bottari/Zuffa LLC)" align="center" />Charles Rosa’s UFC career has followed a familiar pattern, with every tough road assignment against a local favorite being followed by a stop in his hometown of Boston. Each of the “away games” has resulted in a loss, but has been accompanied by a Fight of the Night bonus, while the appearances at TD Bank Garden have yielded victories.

But with no Boston date on the calendar before the end of the year, Rosa’s “road/home” routine is being shuffled as the 31-year-old makes the journey to Saitama, Japan to take on Mizuto Hirota this Friday.

“Even the Bruins and the Red Sox go on road trips a couple at a time sometimes,” laughed Rosa, acutely aware of the pattern that has emerged through his first five Octagon appearances. “It’d be best if it were back-and-forth, but hopefully, I get another home game. I like being the hometown guy, I like having all my family and friends come and watch me because they’re big time into it.

“It’s funny because a lot of my friends said to me, ‘I would go anywhere to watch you fight, but it’s literally the farthest place away on the planet, so I’m going to watch this one at home. We’ll be with you in spirit.’”

While the fight with Hirota means fewer friends and family in the audience, the trip to Japan allows Rosa to cross an item off his Bucket List and provides another opportunity to step into the UFC cage in hostile territory, something he’s grown quite familiar with over the years. 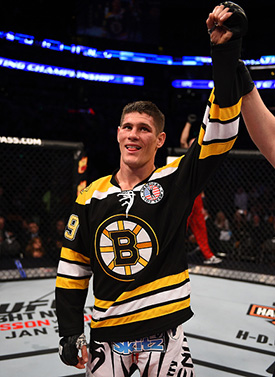 Sean Soriano during a featherweight fight during the UFC Fight Night event at the TD Garden on January 18, 2015 in Boston, MA. (Photo by Jeff Bottari/Zuffa LLC)" align="left" />“It’s really a dream come true to go and fight in Japan,” said Rosa. “It’s one of those things that was always in the back of my head, on my bucket list, since I was a kid watching PRIDE. Even watching the movie Bloodsport as a kid, I thought I wanted to travel to different places and meet different people.

“That was my idea as a little kid and that’s what I’m doing,” he added. “There’s nothing I want to do more than be able to go to Japan, represent my country and fight. I’ve done it a few times before and I’m excited to do it again.”

As much as he’s pumped up for the chance to face “Pugnus” at the famed Saitama Super Arena, Rosa also wants to break from the pattern that has formed over his first five UFC appearances.

In each of his losses, the American Top Team product has faced a fan favorite on their home turf – European standout Dennis Siver in Stockholm; Mexican rising star Yair Rodriguez in Mexico City; New Yorker Shane Burgos in Buffalo – turning in a quality effort in defeat and taking home an additional $50,000 for his troubles while frequently getting the partisan crowd to chant his name before the final horn sounded.

Impressing fans that began the night cheering hard against him and banking an additional 50 grand are nice consolation prizes, but the ultra-competitive Rosa would happily return the money in exchange for victories.

“Every time it has happened, it has paid off financially,” he said of his previous road games. “I’ve gotten the 50k in enemy territory and I’ve had the crowd chanting my name at some point in the fight, but I would give every single bonus back to get those wins. Two of them were close decisions and I would give everything back to have those go my way.” 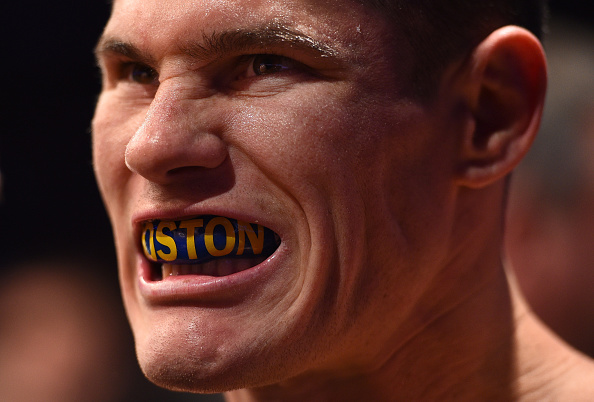 After earning nine wins in two years to establish himself as one of the top unsigned prospects in the sport at the outset of his career, Rosa has gone “lose one, win one” over his first five UFC appearances.

Some of it is simply growing pains for the Peabody, Massachusetts native, who shifted his focus on to fighting at the age of 23 after moving on from his NHL dreams and completing a degree in culinary arts at Johnson & Wales University.

Some of it, Rosa admitted, stems from the internal struggle between taking risks and giving the audience an entertaining fight and quieting some of those impulses in favor of a safer, less exciting approach that could yield more positive results.

“I take a lot of risks when I fight because I want to entertain,” said Rosa. “If I’m laying on top of a guy in side control and the crowd is being quiet, I want to keep going, I want to get them going and I feed off that stuff a bit, so sometimes it gets me in trouble. It’s all about Fight IQ.”

Those “risk versus reward” calculations have been the focus on his camp, with Rosa and Mike Brown, one of his chief coaches at American Top Team, working to find a balance between his natural, aggressive instincts and maintaining dominant positions. 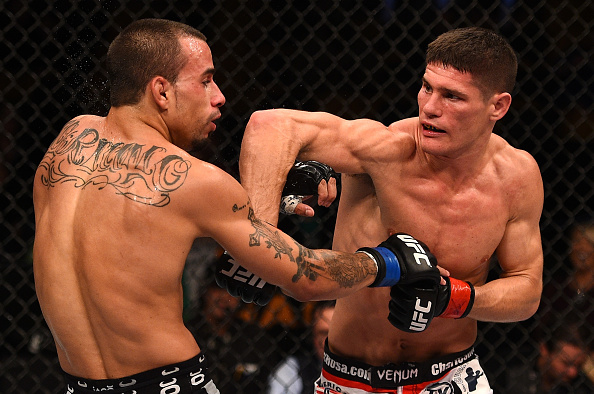 It’s an ongoing process, but Rosa believes he’s making quality progress and that this weekend’s event in Japan will provide him with the opportunity to not only showcase his improvements, but his full arsenal of skills as well.

“I’ve got a really exciting opponent coming up in Mizuto Hirota and this is one of those fights where I think I’m going to be able to show my skills, show my hand speed and how talented a fighter I am. It’s not that I’m just tough, not that I’m just game – I want to show off the skills that I have.

“I’m going to put everything together the best I can,” he added. “This is the first camp where everything went smooth. All my losses are so bittersweet because every one of them, they were fights that I had. I know where I stand, so September 22nd in Japan, you’re going to see the same gritty, tough fighter you always see, but you’re also going to see a little more technique, a little more patience and poise.

“You’re going to see all the skills and all the talent I have because I haven’t really been able to show it, so I’m excited to get in there.”