Charles Rosa couldn’t wait to get to Holland.

Nine fights (and nine wins) into his pro MMA career, the Peabody, Massachusetts native was in that sweet spot where he knew the next phone call could be the one inviting him to fight in the UFC. He even had his manager throw his name in the hat when his American Top Team training partner, Rob Whiteford, was forced to pull out of an October 2014 bout with Dennis Siver.

Told that the promotion would keep him in mind, Rosa didn’t expect to get that bout when it was announced that France’s Taylor Lapilus would step in for Whiteford, so off he went to Europe to work on his kickboxing.

Twelve hours later, he arrived, and his coach picked him up at the airport.

“Are you excited about your fight?” he asked Rosa.

“You didn't hear the news?”

Rosa hadn’t heard the news that Lapilus was pulled from the fight and that he got it. “Boston Strong” was going to fight in the UFC. 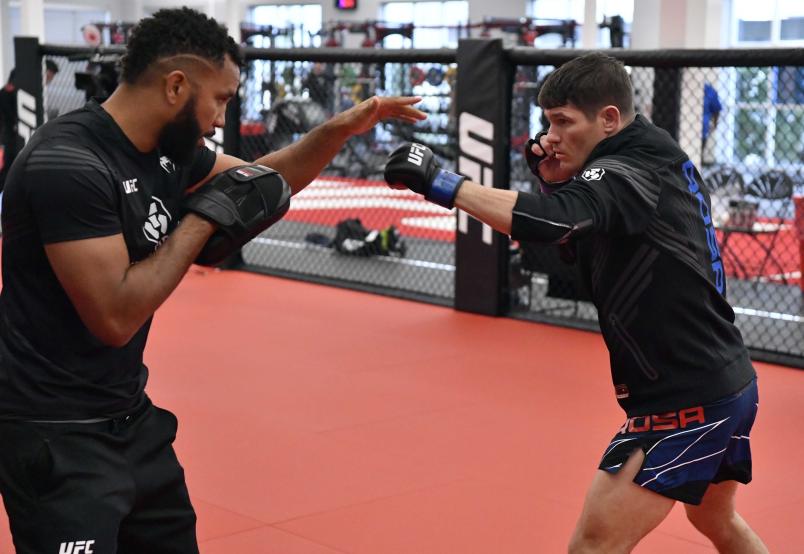 LAS VEGAS, NEVADA - JANUARY 15: Charles Rosa warms up prior to his fight during the UFC Fight Night event at UFC APEX on January 15, 2022 in Las Vegas, Nevada. (Photo by Todd Lussier/Zuffa LLC)

“I was so excited,” said Rosa, who went straight from the airport with his coach to a local kickboxing show. Soon, the euphoria wore off and Rosa asked if the fight was going to be at featherweight. He was told it was.

“This is not possible.”

Now Rosa had a 32-pound problem if he wanted to make 146 pounds in five days, but he was determined to do it.

“It's my responsibility,” he said. “That's something my coach told me from Day One. When it comes down to it, nobody cares that you didn't know there was a fight, nobody cares about all these things that go into it. Fighters fight.”

Rosa did whatever he could to hit his mark, and as he made his way to the weigh-in for the fight, he shared the ride with another featherweight up and comer in Max Holloway. 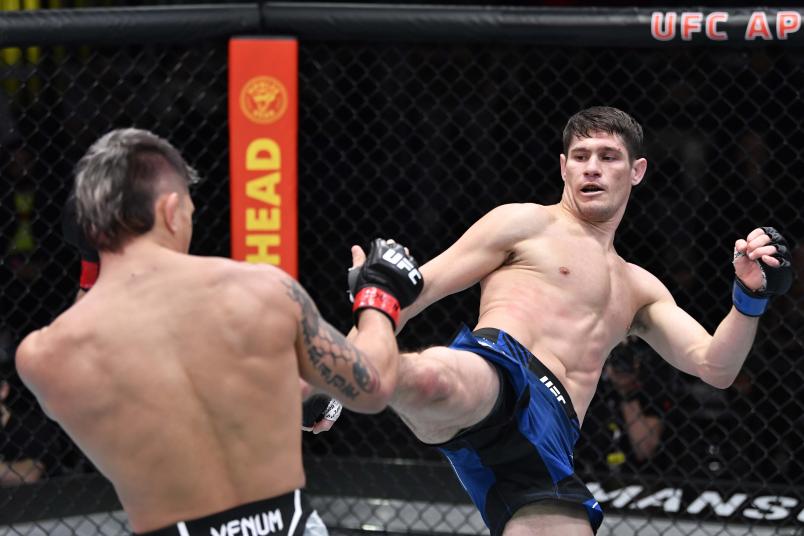 “Hey bro, you okay,” asked Holloway, who didn’t need a response. “You're gonna be okay.”

It was a gesture Rosa never forgot.

“He gave me a pat on the back and I always respected him for that. He motivated me to push through it. My heart and my mind wanted it so bad that I made it happen.”

146 pounds. Rosa celebrated by laying in the snow in Stockholm, and the next night he earned a Fight of the Night bonus despite losing a decision to the veteran Siver. It was the start of a wild ride that continues on Saturday when Rosa returns to Europe to face Nathaniel Wood at London’s O2 Arena. And as invested as Rosa was in the sport in 2014, he remains just as dedicated today. 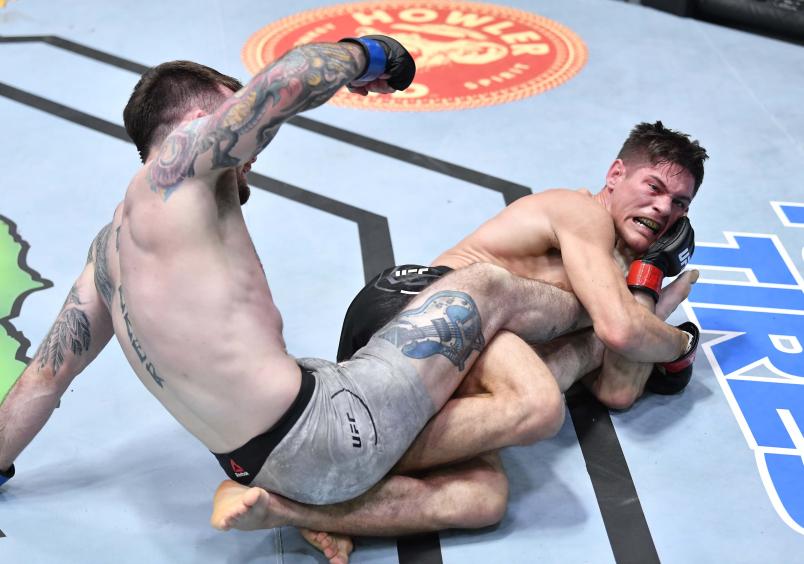 “There's something special about fighting that I still haven't been able to figure out,” he said. “This is what I love to do, and one thing I take a lot of pride in is being a disciplined, dedicated fighter.”

Rosa, 35, has never missed weight, and when he shows up to fight, it’s to do just that – fight. They haven’t always gone his way, but one Performance of the Night and three Fight of the Night bonuses don’t lie. And if he can spoil Wood’s move from bantamweight to featherweight, it may just be the spark he needs to go achieve what he started this whole journey to do.

“I know I've had a lot of fights and it's been ups and downs - I win, I lose and all this stuff, but the truth is, I really feel like my skills are there,” Rosa said. “I know I have the skills to be a champion. Sometimes I feel like there's a little bit of luck involved, and I think once I can get my groove and string two wins together, I think it's gonna be my run to the title.”

A student of the game, Rosa cites fighters like Jorge Masvidal, Josh Emmett, Brandon Moreno and Charles Oliveira as examples of coming back from adversity to make a mark in the Octagon. Rosa is confident he can join that group, with the Octagon being the key part of the equation because he didn’t do all this to just get those three letters on his gloves or be a champion somewhere else.

“It makes me feel good that I made it, but I've got high expectations for myself,” he said. “I didn't just want to fight in the UFC. I want to be the champion.”