When Charles Jourdain suffered his loss against Julian Erosa last September, his outlook and mindset on the bigger picture changed. He isn’t focused on being a champion; instead, he’s focused on being what he calls a pirate, going in and fighting dangerous opponents, getting money, and moving on.

“I’m taking it day by day, fight by fight,” Jourdain told UFC.com ahead of his bout at UFC Fight Night: Lemos vs Andrade. “After this fight, we’ll talk about what the future may bring. I want to fight this dangerous guy, I want to kill him, get the gold, and go home.”

The 26-year-old went 2-1 during his 2021 campaign and was scheduled to kick off 2022 back in January against featherweight Ilia Topuria, but the bout ended up being canceled due to a medical issue for Topuria. Of course, Jourdain expected to start fighting a lot sooner in the year, but fast forward a few months and he realized that the fight getting canceled was a blessing in disguise for him when it came to training. 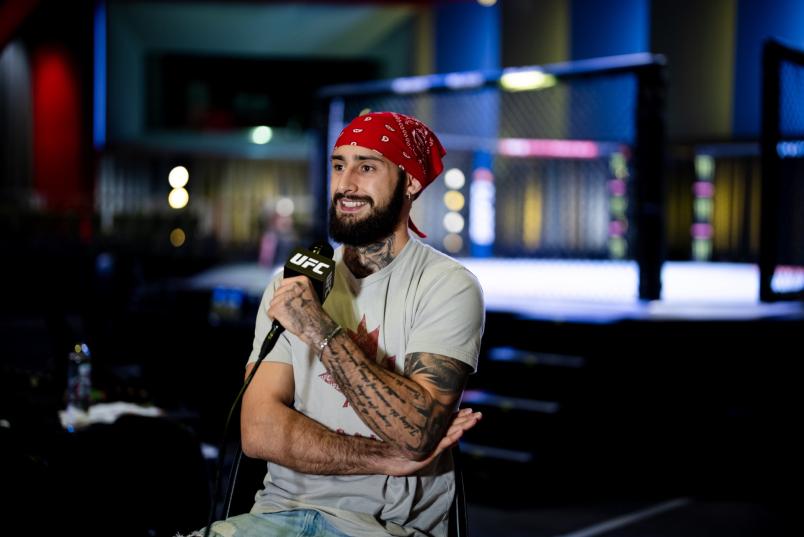 “I saw how not in shape I was for Ilia,” Jourdain said. “I was like ‘I’m small, I’m good’, but it was Christmas, I had just had a big win, big cash, so I partied a bit and got a little bit thicker. After a full camp for Lando (Vannata), I understand how important it is to be in shape, like in sparring and everything. It’s important.”

His opponent on Saturday, Lando Vannata, made his featherweight debut in his last fight at UFC 262 in May. The New Jersey native has only been submitted once in his UFC career, which began in 2016.

“The only guy who finished him was Tony Ferguson and you guys know I’m a finisher, so this is what I’m hunting for. Knowing that I can finish someone that has only been finished by a world champion, it would be very good for me.”

Jourdain compared Vannata to a chameleon, as a fighter that adapts to you. During his preparation for this fight, Jourdain went back and watched a lot of Vannata’s fights, noting how different each one was because he fights differently every time out. He’s ready to adapt and impose his will, while remaining cautious of the threats that “Groovy” presents. 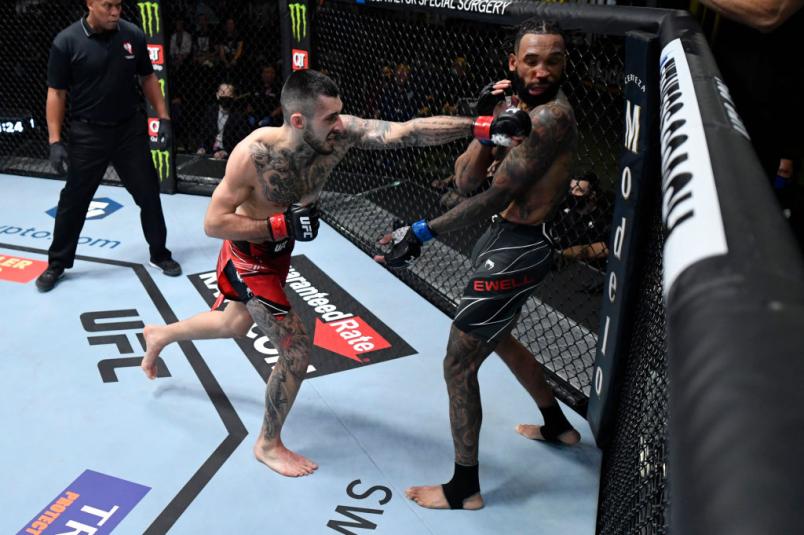 Jourdain is eager to show how much he has improved, even from the last time fans saw him against Andre Ewell in December. He wants to make it clear to his opponent that he is not the same fighter as he was a year ago when he fought Marcelo Rojo.

“Hearing interviews, hearing Vannata say, ‘He was bad in his fight with Rojo,’ or stuff like that, you should consider the fact that I improved a lot in between fights and now it’s been almost five months since I’ve fought, so it’s been five months of getting better,” Jourdain said. “If Lando’s expecting a Charles that fought against Marcelo Rojo, he’s going to be very surprised.”

The Canadian has finished of 11 of his 12 wins, posting a record of 12-4-1. He’s secured eight wins by knockout and three by submission, hoping to add to the number on Saturday night. He wants to be the second fighter to finish Vannata.

“We need to take into consideration that it was Lando’s first UFC fight,” Jourdain said. “It was this new guy coming in and fighting a world quality guy, so that was very impressive. He’s solidified himself and he’s getting better every fight, so knowing that I can finish this version of Lando would mean the world to me. I would be very happy with that.”