Flyweight Charles Johnson Continued To Evolve His Game After Earning His First UFC Victory In November
By Maddyn Johnstone-Thomas, on Twitter @MaddynThomas • Jan. 12, 2023

Charles Johnson has gained some extra motivation for each time he steps into the UFC Octagon. The 32-year-old is eager to start 2023 off on a high note after finding out that he will become a father in May.

“I literally can't think of a day since I got the news that I didn't have the energy to get up,” Johnson said. “Every day I've had extra energy, extra motivation and just been looking forward to training every single day since about three and a half, four months ago. That's why I pushed for another fight because I'm just in that mind space.”

“InnerG” secured his first UFC victory last time around in November, a split decision over Zhalgas Zhumagulov. Johnson was coming off of a unanimous decision loss to Muhammad Mokaev in London. 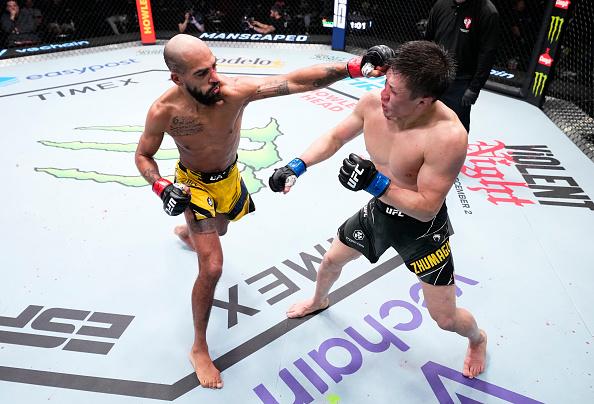 Being able to join the winner’s circle in the UFC was something that Johnson was aiming for. Yet even though he left with a win, he still spent time reflecting on the fight and looking for areas to improve in.

“I said for a very long time that when I finally got that first win, then I feel like I'm a part of this organization,” Johnson said. “I could say I'm in the UFC, so now it's just building off of that. A lot of times it's hard to find things to grow when you take wins. When you have good wins, people find it hard to find places for themselves to get better and work on things.

“I believe my last fight, I walked away with some things to work on and critique and build into this fight, and I'm looking forward to doing that.”

Following his fight against Zhumagulov, the flyweight stayed in Las Vegas for a little bit to work on his recovery at the UFC Performance Institute. He went home to continue camp, and then came back to Vegas for UFC 282: Błachowicz vs Anaklaev, when he put in more work at the PI.

After getting his first win in the @UFC, Charles Johnson (@InnerGmma) feels good energy and vibes heading into #UFCVegas67 🔊🆙

On Saturday at UFC Fight Night: Strickland vs Imavov, he’ll return to the APEX to face Jimmy Flick, who hasn’t been inside the Octagon since December 2020. This will be Johnson’s second fight in a row at the APEX, which is a comforting feeling for him.

His opponent, Flick, earned a contract on Season 4 of Dana White’s Contender Series and then went on to submit Cody Durden in the first round of his UFC debut. After that fight, he announced his retirement and after a couple of years away, he is back in action this weekend.

Johnson doesn’t know about Flick, but he does know he wouldn’t do what Flick did. 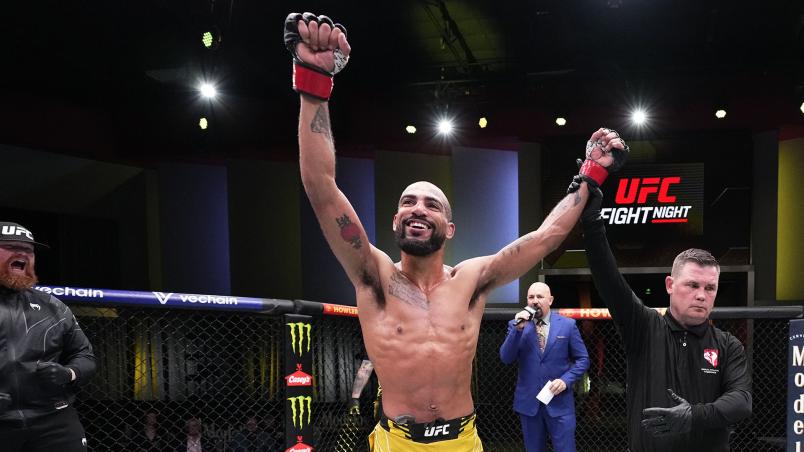 Charles Johnson reacts after his victory over Zhalgas Zhumagulov of Kazakstan in a flyweight fight during the UFC Fight Night event at UFC APEX on November 19, 2022 in Las Vegas, Nevada. (Photo by Chris Unger/Zuffa LLC)

“If you can walk away from this sport for whatever reason, to me that shows a sign of your ability to give up on something,” Johnson said. “I can never walk away from the sport until I really decide to retire, so I feel like there may be mental weakness there, but I don't know. We won't know until we're in the cage and I feel it. I'm very good at reading those things.”

Johnson understands what it is like to be away from the action. He spent two years away from the Octagon due to the pandemic and being in Thailand, but once he started competing again it was like he never left.

On Saturday night, Johnson doesn’t believe he has anything to prove, he is just excited to get back to fighting and continuing to show who he is as a fighter.

“I'm great everywhere and people will be able to see that. For me, it's just about attacking this fight, put him on his back foot and enjoying what I'm doing. Starting fast, finishing quicker, getting the fight over with.”