Changes Bring out the Best in Whittaker 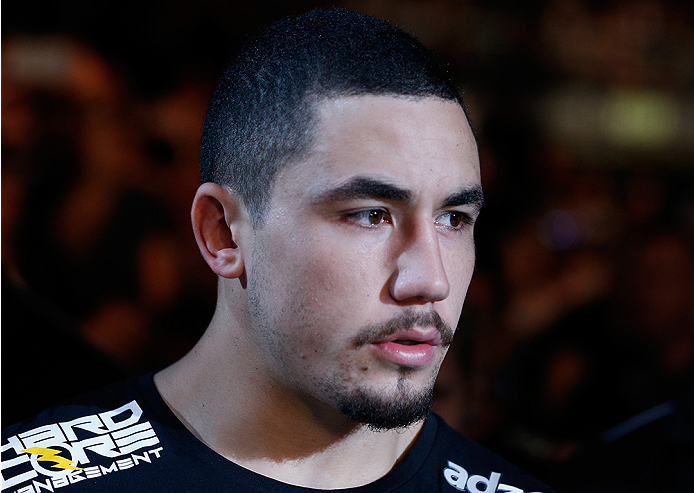 Interview 24-year-old Robert Whittaker and you quickly get the impression that he’s a focused young fighter.

There aren’t many distractions in the life of Whittaker, who fights Brad Tavares this Saturday (Sunday afternoon Australian time) in the co-main event of UFC Fight Night: Miocic vs. Hunt.

Married and expecting his first child two weeks after his upcoming fight, the temptations of drinking and partying do not loom as large in the life of Whittaker as they do for most twenty-somethings.

When it comes to his fighting career, he’s businesslike and not a trash talker.

But there is at least one crack in Whittaker’s discipline: video games.

“I’m still a video game nerd, I probably play twice as many games as I do training, which is a problem, but it’s my passion; it’s what I love doing.”

So does the winner of the Ultimate Fighter: The Smashes ever miss training for video gaming? After a brief pause, he gives an honest answer.

But there are worse vices than video games, and Whittaker’s addiction doesn’t seem to be getting in the way of his fighting career.

In Whittaker’s last fight, the former welterweight made his debut in the middleweight division with a KO over highly touted prospect Clint “Headbussa” Hester. The underdog before the fight, Whittaker set out to prove public opinion wrong.

Whittaker, who has steadily bulked up over his career, believes he’s found a comfortable home in the 185-pound division.

“The move to middleweight was probably the best move I’ve made in my career so far. It’s taken a lot of stress off the cutting weight part of the fight. I’m dedicating more time to fighting rather than just cutting weight and I felt amazing. I didn’t realize how much I took out of myself until I went in there as a middleweight and I felt good. I felt normal for the first time.”

That’s not the only important tweak Whittaker has made in his career. After losing consecutive UFC fights to Court McGee and Stephen Thompson, Whittaker decided something else had to change.

Whittaker left Canada’s famed Tristar gym and now opts to prepare in Sydney, Australia. In a new weight class and with a training base in his hometown, things seem to be falling into place for Whittaker.

“Honestly, (this camp is) probably the best camp I’ve done so far. I’ve focused and strengthened things that worked in the last fight and just improved it. This camp has been the best so far that I’ve had in my career.”

Whittaker faces a tough test in Brad Tavares. The 27-year-old Hawaiian has a wealth of UFC experience. While as yet failing to defeat any of the middleweight division’s elite fighters, Tavares has established himself as a prospect and is ranked #14 in the division. Whittaker has a healthy respect for his opponent.

“Tavares is an accomplished fighter, he’s been in the game a long time and I have a lot of respect for his abilities. I’m going to go in there knowing what he’s capable of and I’m just going to take it to him.”

Whittaker again finds himself a slight underdog, but isn’t bothered by that fact.

“There’s definitely gonna be people doubting me again. I’ve got no problem with that though. Tavares is a good fighter, but I’m more than happy to silence doubters.

The New Zealand-born Australian is a fighter who relishes stand-up wars, and that’s what he’s looking for once again.

“There isn’t too much tactical plotting in there and decision making when it comes to striking; I just enjoy doing it. I enjoy fighting on my feet and I think the crowd enjoys stand-up fights, and that’s what I want to give them.”

Before his fights, Whittaker typically predicts a KO victory. And his vision for his bout with Tavares is no different.

“We’re both gonna bring our A games and I don’t think he’s going to be able to handle my power, and eventually he’s gonna go down.”