While plenty of question marks surround the headliner between Conor McGregor and Dustin Poirier at UFC 257, perhaps no bigger unknown stands to be answered on fight night more than: How good is Michael Chandler?

After a decade spent competing outside of the UFC, Chandler brings his championship pedigree and All-American wrestling credentials to the Octagon to take on Dan Hooker in a fight that could shake up the always-intriguing lightweight division. Chandler is well-aware of the stage set for him, and rather than focusing on making the all-important statement in the first impression, he is hoping UFC 257 is a megaphone with which he introduces people to who he’s long known he is.

“I’m not really thinking about proving a point,” Chandler told UFC.com. “I am excited to show the world exactly who I am on the biggest stage possible. There’s the extra added caveat of Khabib (Nurmagomedov) saying he’s coming back if we do something spectacular, but spectacular is what I always go for anyway, so I’m ready to just go out there, bite down on the mouthpiece and get into a scrap with a very formidable opponent in Dan Hooker.”

This isn’t Chandler’s first time on Fight Island – he occupied the role of backup fighter at UFC 254, an experience he relished as it gave him a chance to get familiar with the behind-the-scenes operations of a UFC event. Now, though, he’s eager to make good on all the training, weight cutting and preparation that goes into a fight. 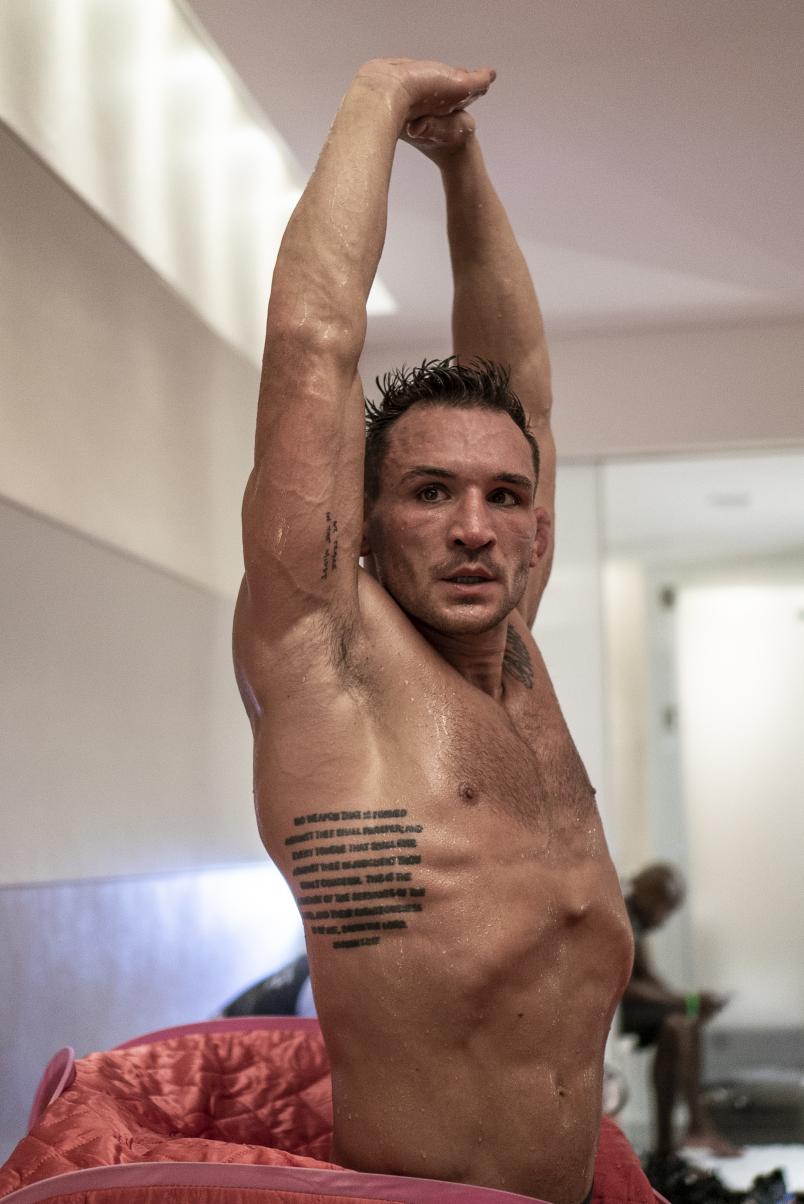 Against Hooker, Chandler gets a game opponent who tends to find himself in dogfights. Hooker has made comments about his desire to avoid such bouts and instead fight technically and to his game plan, but Chandler is keen on what he believes is Hooker’s baseline nature.

“You can’t take the dogfight out of Dan Hooker,” he said. “You lay a couple hard ones on him, and (if) you want to get into a brawl, I can draw him into a brawl. I’m sure. But I don’t necessarily want to be in a brawl, either. I think I have the skillset to be able to pick him apart, to be able to pick him up, put him down, take this fight wherever I want to take it, and I’m sure he thinks the same exact thing. I’m sure he has the length and the speed and the accuracy to be able to pick me apart in his mind. That’s the beauty of this sport. Both of us think we’re going to win. Only one of us can win, and we get those questions answered on Saturday night.”

The difference in size is the most glaring physical aspect of the matchup. At 6-feet tall, Hooker stands a good four inches above Chandler, and while their reaches are close in size, Chandler understands what he’ll need to do to get to work. 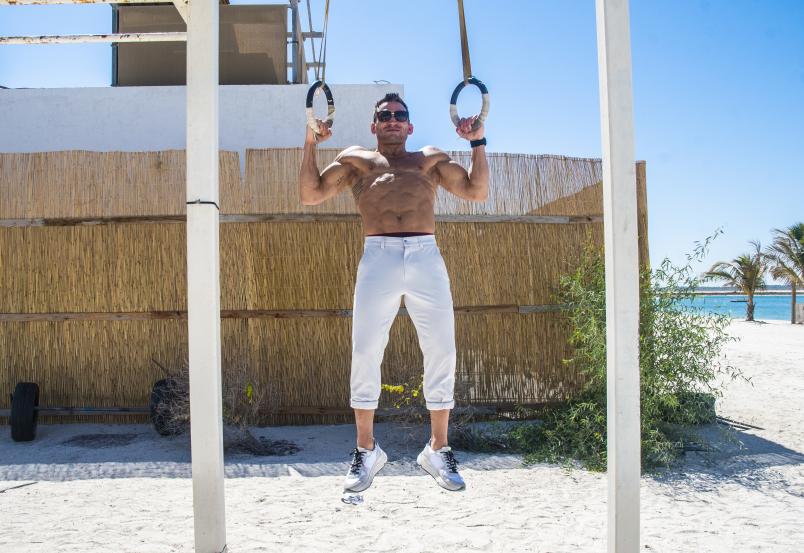 “My ability to close the distance has actually always been a strength of mine,” he said. “I go from outside the distance to inside, up in your face without you ever seeing me set my feet and being in that distance where you can hit me, so expect that. Be outside, and then be really, really inside similar to how Mike Tyson knocked out a lot of people because he was always shorter than everybody.”

His reference to Tyson is matched in his “Iron” moniker, and he’s shown the knack for finishing as well, ending 16 of his 21 professional wins before the judges got involved.

While he’s not exactly focused on showing the world his entire game in Abu Dhabi, he is aware of the fact that you only get one first impression. He carries the confidence of an athlete who has achieved high levels of success although he has made a point of his awareness to the fact that he is now going to face his stiffest competition to date.

“I think I can go out there and impose my will on any one of these lightweights,” Chandler said. “It’s just gotta be the right timing, the right zigs when you gotta zig or zag when you gotta zag, putting the game plan together, go out there, be explosive, put him on his back foot. Hooker poses a lot of threats, a lot of hurdles to get over, and that scares me a little bit, so that, in turn, excites me. Usually, when I’m excited and a little bit scared, it brings out a different person in me, and I’m not trying to prove anybody wrong. I’m just trying to prove everybody right, all those that do support me.” 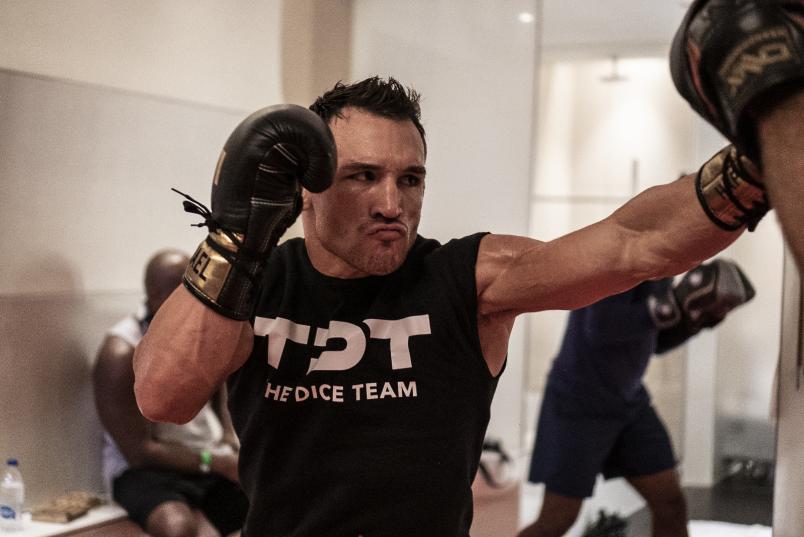 Not that the division needs it, but perhaps the best aspect of Chandler’s entrance into the UFC is that he’s yet another fighter who – probably, depending on this fight – figures to factor into the elite title picture at 155 pounds. He has already scored wins over former UFC lightweight champions Benson Henderson and Eddie Alvarez, so there’s a strong chance he has a wrench to throw into the big picture.

Chandler’s first steps into the Octagon have been a long time coming and long-awaited for him. It is something he is enjoying right now, but there’s an understanding that to achieve the goals he sets for himself in the Octagon, it begins at UFC 257 against Dan Hooker.

“I do not take this blessing and this life I’ve been given lightly,” Chandler said. “I believe that I was put on this earth to do exactly what I’m doing, and I found my calling. I found my purpose, and if I can go out there, put out a great performance, inspire and motivate people with my performance, then I’m doing exactly what God has called me to do, so it’s always gratitude when I’m headed to that cage. Once that cage door closes, it’s gratitude up until that bell rings. Once that bell rings, you flip that switch. You get into that flow state. You get into right where you need to be, and sometimes it’s to throw caution to the wind. Sometimes, it’s be a little bit more reserved, but for the most part, I’m always coming forward.”