As soon as Valentina Shevchenko successfully defended her UFC flyweight title for the fourth time with a unanimous decision over Jennifer Maia on November 21, she hit the road.

Just don’t call it a vacation.

“I don't like when people say, ‘Oh, Valentina, you're on vacation, enjoy your vacation,’ because travel is not my vacation,” she said. “I'm not stopping my training. I'll train one day, rest the next, no matter what. I know what I have to do. I have to keep my body in shape. I can rest mentally, and to travel doesn't mean this is my vacation. It's my lifestyle and I want to show that you can do whatever you want; you just have to know how to manage things and make them work. There are no limits. Everything can be connected. And this is what I want to show in my lifestyle. You can be whatever you wish, and you can do whatever you want. It just has to bring something very positive and some good energy. If you're surrounded by good and positive energy, it will push you to a high level. And this is the most important thing, to be happy and enjoy.”

We could end the story right there and it would have enough knowledge in it from the Kyrgyzstan native to last us well into the New Year. Maybe that’s why she’s on top of her game at 32, a dominant world champion with the hunger to stay on top for as long as she chooses to. There are no specific seasons or training camps for “Bullet.” Sure, things get a little more intense when a fight is approaching, but fighting and martial arts is a way of life for her and has been since she was five years old.

“It's definitely the secret, but you can hear it a hundred times, a million times, but before you really understand what it is, it will never work for you,” she said. “My experience, what I have in martial arts, is so deep, and it’s not only my experience, but I listen a lot. I listen to my coach and what his experience is. (Coach) Pavel (Fedotov) has so many years in martial arts, so many different types of martial arts, and of course his experience means a lot for me and it brings a lot to my experience. Martial arts is my life and I don't need one typical thing to say this is what motivates me. I don't need it because martial arts by itself is self-motivating. This lifestyle I have - train, travel and exploring something new every time, meeting different people, sharing some experience with them and listening to them, I think it's something that also gives me a lot of motivation.”

So about that trip… 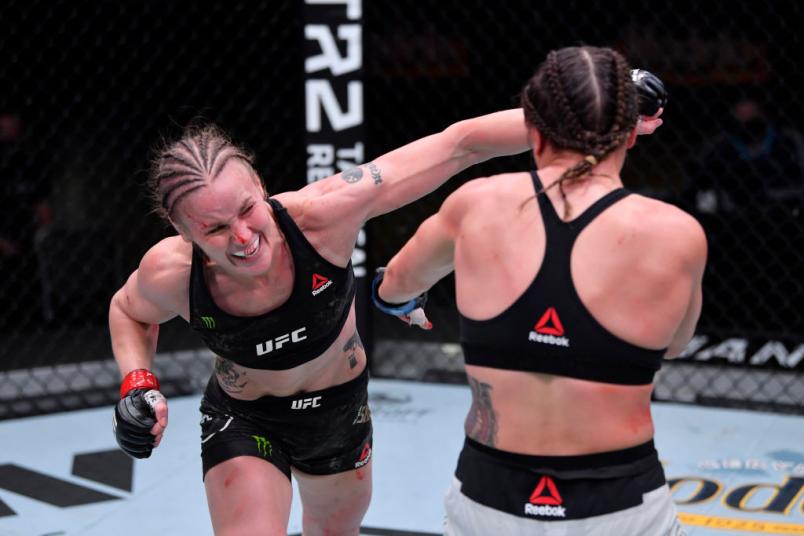 Shevchenko, along with Fedotov and her sister Antonina, took off from Las Vegas and by the time we spoke on December 21, the trio had hit Arizona, New Mexico, Tennessee and Louisiana.

“I don't know where we're gonna be next because it's not something that we planned in advance,” she said. “We literally go to the hotel in the evening, open the map and look at what destination is next. Nothing is planned.”

She did particularly enjoy driving along the Mississippi River, a place she read about in her formative years.

“That came from my childhood because when I was growing up, I was reading the books of Mark Twain a lot, and he was always speaking about Mississippi and how it was adventurous,” Shevchenko said. “Since then, I had this dream to see it. I didn't know how it was gonna be because I thought at first it would be by boat to cross from south to north, but this time we decided to travel by car, and I'm very happy with what we're doing right now. The love for travel and adventure is from the very, very beginning. I don't know where it was born, but it's always been with me.”

She does give credit to Fedotov for keeping those fires burning for the next adventure, and it’s not surprising, given that the team has been together, traveling and training around the world for most of the sisters’ lives.

“He's always been a great traveler,” said Shevchenko. “And because I've trained with him since I was a very young age, since the very beginning that love for travel was in me and in my sister. Our team was traveling everywhere. We traveled in Russia, in Thailand, in Europe, then it was South America, and we lived there for a long time and now we've continued traveling here. In all these crazy times that we have, in one part it's good because we have time to explore the U.S. and see it much deeper from state to state. Not only the big cities, but little villages and little towns and it's very interesting how people live here, what they're doing and what traditions they have.” 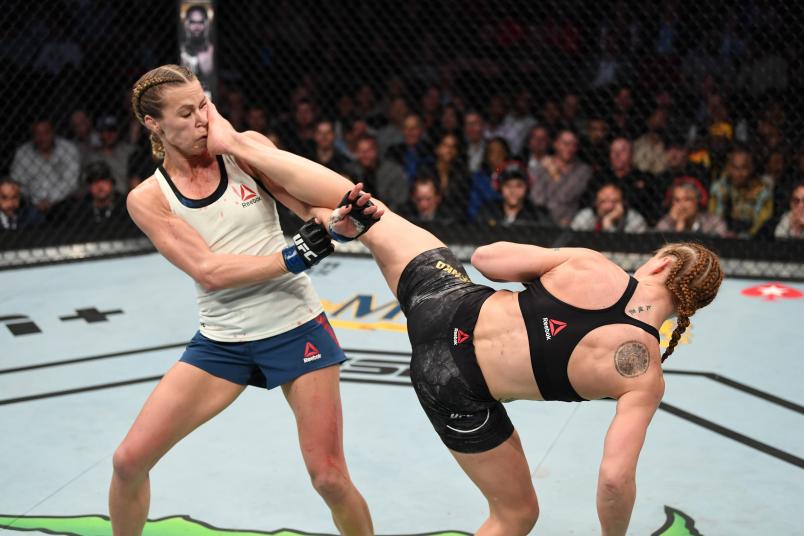 Valentina Shevchenko of Kyrgyzstan kicks Katlyn Chookagian in their women's flyweight championship bout during the UFC 247 event at Toyota Center on February 08, 2020 in Houston, Texas. (Photo by Josh Hedges/Zuffa LLC via Getty Images)

That’s the perfect segue into Shevchenko’s thoughts on 2020, a year many would like to forget. That isn’t the case for her, having defeated Maia and Katlyn Chookagian in defense of her title in the Octagon, while continuing to make the best of a bad world situation outside of it. It’s the fighter in her – when Plan A goes awry, move to Plan B.

“In 2020, I defended my belt twice, in the beginning of the year and at the end of the year and I think it's good to defend it twice, at least,” she said. “Of course, I had a little bit of a layoff, where I had to come from the injury to recovery but, at the end, everything is good, everything is healthy, and this is the most important thing. Anything can happen, but you have to try to find a better way. We cannot travel internationally, but we have so much to discover here inside the country, and it's amazing. You have to find a way to enjoy life. It doesn't matter how difficult the situation is. This is my mindset. It doesn't matter what comes, you have to find the way to make your life good.”

Valentina Shevchenko’s life is good, both professionally and personally, and that’s probably because both are intertwined so tightly. There isn’t Fighter Valentina and Civilian Valentina. They’re the same person, and she wouldn’t have it any other way. So when she hears some of her peers talking about wanting to get away from this as soon as the fight is over, that baffles her.

“I hear a lot of people saying, ‘To be the champion is so much pressure,’ and even some people said, ‘I'm so glad I'm not champion anymore; it's such a relief from that pressure.’ I don't agree at all. We are all fighters, we are going to the fight, and we want to win the fight. And whether you're fighting just to fight, to get through the rankings, or you're fighting for the belt, of course it's much more pressure, but we all want it. The only difference is how you manage it. In my career, I want to stay on top for a long time. And I know exactly what I have to do. I'm very happy that I surrounded myself with people who don't let me be lazy and start to think that I'm the best, that no one can beat me. Because I think the more realistic thing is that you understand the good side of your opponent, the bad side of your opponent and use that and never slow down in your training. For me, the training process is the same as meditation, but very active, and when I'm in the gym, I'm not spending time to think about something different, to laugh, to smile, to speak with people. No, I came in there to train. After training, I can do whatever, but in training I'm very focused on what I'm doing.

“This is what I wanted. My goal is to be the best.”