Two-Division Champ Is One Of The Greatest Fighters Of All Time. Full Stop.
By E. Spencer Kyte, on Twitter @SpencerKyte • Dec. 31, 2020

Amanda Nunes is one of the greatest fighters of all-time, full stop.

While her standing as the best female competitor to ever grace the Octagon is unquestioned, 2020 was the year where “The Lioness” ascended to the rarified space reserved for luminaries whose legacies and accomplishments stand as incredible benchmarks many will chase, but few, if any, will ever reach.

Though she only stepped into the cage once this year, Nunes made the most of her sole foray into the UFC cage this year, using her headlining assignment against Felicia Spencer at UFC 250 to achieve something no one had ever done before.

On Saturday, June 6, one week after celebrating her 32nd birthday, the Brazilian champion marched to the Octagon to defend her featherweight title against the Canadian challenger, who earned lofty praise while proving her toughness in a hard-fought, decision loss to former champion Cris Cyborg the previous summer and solidified her standing as the top contender with a first-round submission victory in February.

The two-weight world champion thoroughly dismantled Spencer, picking her apart with power shots and precision strikes. Early on, it was clear Nunes was a level above her latest adversary, and as the tenacious Spencer continued to stand her ground and absorb the unending onslaught, observers questioned whether her corner or the official would opt to intervene on her behalf.

Neither did and Nunes never let off the gas, earning scores of 50-44, 50-44, and 50-45 to claim her 11th consecutive victory and the first successful defense of the women’s featherweight title she won 18 months earlier.

By retaining her title, Nunes became the first simultaneous two-division champion in UFC history to successfully defend each belt; a feat none of her three male counterparts even attempted.

Conor McGregor, the UFC’s first “Champ-Champ,” relinquished both the featherweight and lightweight titles without defending either.

Daniel Cormier never ventured back to the light heavyweight ranks after moving up to heavyweight and winning the title from Stipe Miocic at UFC 226.

Henry Cejudo won and defended the flyweight title, then shifted his focus to the bantamweight division, claiming the vacant belt at UFC 238 and successfully defending it earlier this year at UFC 249 before abruptly announcing his retirement.

Only Nunes, who claimed the bantamweight title with a first-round submission win over Miesha Tate at UFC 200, has shuttled between the two divisions she rules, facing and defeating top challengers in each, maintaining her position atop both and continually adding to her legacy, one that grows more impressive each time she steps into battle.

She is one of 10 fighters — and the lone female — to earn 10 or more consecutive victories inside the Octagon.

She has defeated six current or former UFC titleholders, besting two of them — Germaine de Randamie and Valentina Shevchenko — twice each.

She is the longest reigning current champion by a considerable amount, and her tenure atop the bantamweight division is the fourth-longest title reign of all time, trailing only Anderson Silva, Georges St-Pierre, and Jose Aldo.

Undefeated over the last six years, the proud new parent has not only handled her own assignments masterfully, but she’s also watched as her most noteworthy competitors have continued to excel inside the Octagon; their triumphs serving as tangential reminders of just how good Nunes has become.

Shevchenko departed for the flyweight ranks following a pair of highly competitive, narrow defeats against the Brazilian powerhouse, and has dominated since, racking up six consecutive victories, including a championship win over former strawweight titleholder Joanna Jedrzejczyk and four successful title defenses.

Holly Holm, the former titleholder who made history by unseating Ronda Rousey from the bantamweight throne, rebounded from her first-round knockout loss to Nunes the previous summer with tandem decision wins over contenders Raquel Pennington and Irene Aldana, cementing her standing as one of the division’s elite.

And de Randamie, who claimed UFC featherweight gold with her own victory over Holm in early 2017, posted a third-round submission win over Julianna Pena in October to bring her record to 7-0 inside the Octagon against anyone other than Nunes, and 7-2 overall under the UFC banner. 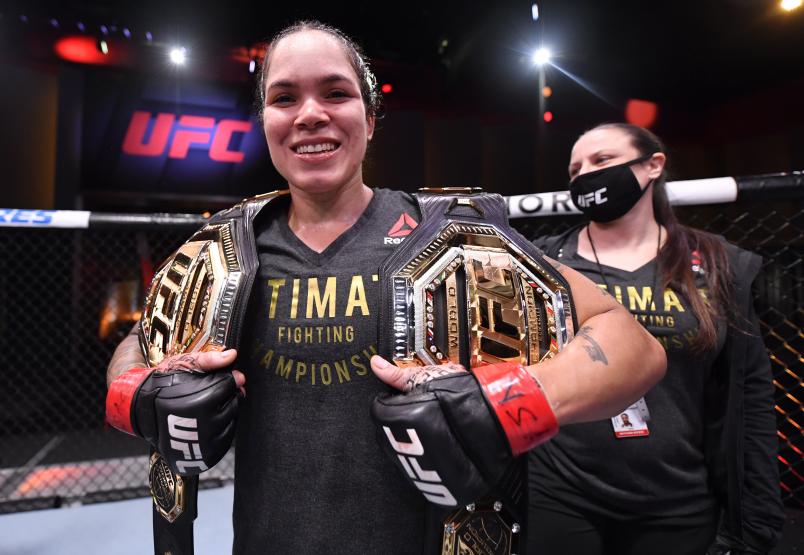 What is perhaps most impressive about Nunes’ ascent to this rare stratosphere is that it doesn’t yet feel like she’s a finished product as a fighter.

Her climb into contention and a championship victory at UFC 200 were equal parts unexpected and overshadowed, as bigger names and bigger stories dominated the headlines in the months before and after her impressive 2016 campaign.

Nunes’ win over Rousey elevated her into the spotlight, but the postponement of her rematch with Shevchenko and her razor-thin split decision win over “Bullet” in the highly anticipated sequel to their equally close, equally captivating UFC 196 bout left most people with more questions than answers.

It wasn’t until her meeting with Cyborg at UFC 232 that things began to change.

That evening, Nunes looked unstoppable — a marauding titleholder eager to make history by taking out her fellow Brazilian.

Seven months later, she dispatched Holm with a left high kick reminiscent of the one the former champion used to floor Rousey and shock the world.

Against de Randamie, she showcased her wrestling, repeatedly dragging the dangerous striker to the canvas to neutralize her weapons. It was a smart, calculated, tactical approach that kept the bantamweight title in her possession once again. 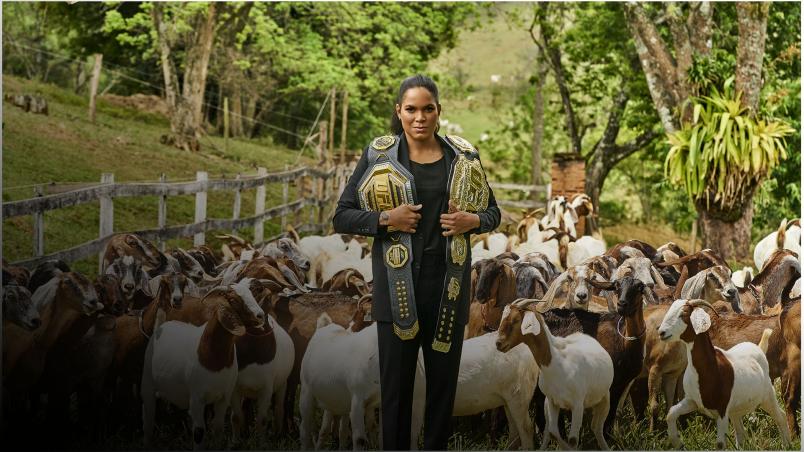 And against Spencer, Nunes showed she was capable of maintaining a high output while pushing a torrid pace, silencing previous questions about her conditioning while making it crystal clear that when it comes to the 135- and 145-pound women’s ranks, no one is even close to her level.

Each time out, the two-division champion continues to show new improvements, new adjustments, new wrinkles to her game, and with 2021 and a featherweight title defense against Megan Anderson looming, Nunes has new motivation as well.

“I want her to be able to watch my fights after she’s born, when she can really realize she’s there watching my fights,” Nunes told me ahead of her bout with Spencer and her daughter’s birth. “I want to have her step in the cage, be in there with me, have those memories with me; it’s going to be very cool 10 years in the future when I can show her that.”

After a history-making victory and a move into an exclusive group of competitors deserving of consideration amongst the greatest to ever compete in this sport, it’s going to be interesting to see what Nunes does in 2021.

Move over tiger moms; “The Lioness Mom” is here.