After Beating Max Holloway Twice, Alexander Volkanovski Hopes To Achieve G.O.A.T. Status In The Near Future.
By Thomas Gerbasi, on Twitter @tgerbasi • Dec. 31, 2020

The COVID-19 pandemic made sure that Alexander Volkanovski’s first title defense against the man he won the featherweight belt from – Max Holloway – wasn’t held in front of an arena full of screaming fans, but as he’s done throughout his career, he’s made the most of the situation he was placed in. Like a champ.

“It's a weird time to be champion,” said Volkanovski, who decisioned Holloway in their rematch on Fight Island in July. “I was a champion just before and before I could really make the most of being a champion, COVID came in. So it's tricky, but I'm expecting a change soon and I'm expecting to have the belt for a long time, so that doesn't matter. It's been a slow year with fights, especially for us on this side of the world, but 2021 is gonna be our year. That's where we're really gonna make our mark.”

Some would say Australia’s Alexander “The Great” has already done that, and it was evident on December 16 when he attended the Tim Tszyu-Bowyn Morgan boxing event at Bankwest Stadium in Western Sydney, where over 15,000 fans showed that there is a light at the end of the COVID tunnel and that fight fans down under are firmly in the corner of the featherweight king.

“It was good to get that normality in,” he said. “The support I have in Australia is just massive, so that was a big day for me.” 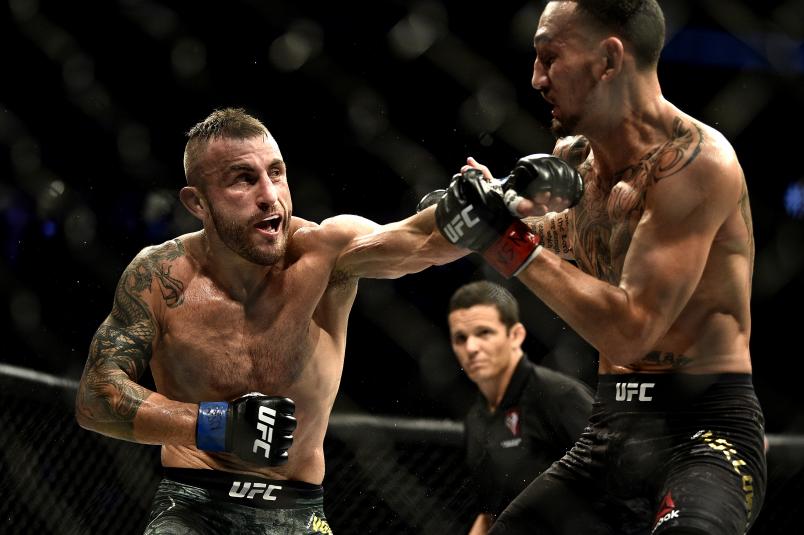 But even beyond the support of the fans, there is a vocal segment of the MMA world that is already putting Volkanovski in the conversation when it comes to the greatest featherweight fighter of all-time. That’s high praise, but after a four-fight stretch in which he’s beaten Chad Mendes, Jose Aldo and Holloway (twice), it’s not a bizarre notion, either, even if the champ feels there’s more work to do before that unofficial title is bestowed on him.

“If you look at the people that I fought, I can see why a lot of people are saying that,” said Volkanovski.” You've got to remember Max Holloway, they kept saying he was the G.O.A.T. of the division and he's still in his prime. And to have two victories over him in his prime really puts it out there. Obviously, I've got a lot of respect for Max, I've got a lot of respect for Aldo and I've got to take them both out in my last three fights, so that really puts you up there. Do I think I'm the G.O.A.T. of the featherweight division? Not yet. I believe I need more defenses, but that's exactly what I'm gonna go and do, and I don't think it's gonna be long until I can really solidify myself as the G.O.A.T. in my division.”

It’s a modesty rarely seen in pro sports or in any area of public life these days, but it’s not a stretch for the 32-year-old, who refuses to get taken in by the hype because by the time it gets there, he’s already moved on to the next goal on his to-do list.

50-45! @AlexVolkanovski got the win in emphatic fashion on this day in 2019 to start The Great Reign 🏆🇦🇺

“I don't think it will ever get to my head and I don't think it's ever gonna be enough for me,” Volkanovski said. “I always say that there's no end goal for me. Me being the champion was never an end goal. It was a goal of mine, but not my end goal. I have so many goals I want, even in this sport, even as champion, and then the goals are gonna keep going after that. So I'm never gonna lose motivation. My next goal is I wanna be the G.O.A.T. of the featherweight division and I believe I still need a couple defenses. I think in 2021 I get to do that, and our division is stacked, so you get a couple defenses in the division we have right now, people are really gonna take notice and really gonna recognize and that would solidify me as the G.O.A.T. Then I want to be pound-for-pound number one in the world and we keep going. Then you talk double-champ status and all that type of stuff and the goals are gonna keep going. That's why, right now, my focus is my division. Do I think I will ever move up? Yeah, I do think that. But again, right now I've got a goal and that's to be the featherweight G.O.A.T. and get some defenses in my division and then we'll go on from there. The sky's the limit and I'm just gonna keep pushing those goals higher and higher.”

Volkanovski will certainly add to his case in 2021 should he successfully defend his crown against Brian Ortega, who earned his crack at the crown in October with an impressive decision victory over “The Korean Zombie,” Chan Sung Jung.

“That's the fight,” said Volkanovski. “Him and the Zombie were fighting for that number one contender's spot and he looked good. Obviously, he had that fight with Max, but before that he was absolutely killing people. He had the one loss in a title fight and then bounced back and dominated and put himself right there at number one again. So you gotta give credit to Ortega to be able to do that, to step up his game, to evolve as a fighter, which I believe he needed to do. It's exciting. Ortega 2.0 they're saying, and that he's the man that's gonna be able to beat me. I hear people say that and I love it. I love it when people doubt me because I love proving them wrong, especially the haters. The haters are gonna say what they want, but at the end of the day, winning is what everyone will remember, and I'm just gonna keep doing that.”

A 19-fight winning streak since his lone pro loss in 2013 doesn’t lie. Yet don’t expect the pride of Windang – population 2,656 – to make too much noise about that, or anything for that matter. He wants to let his work speak for itself. 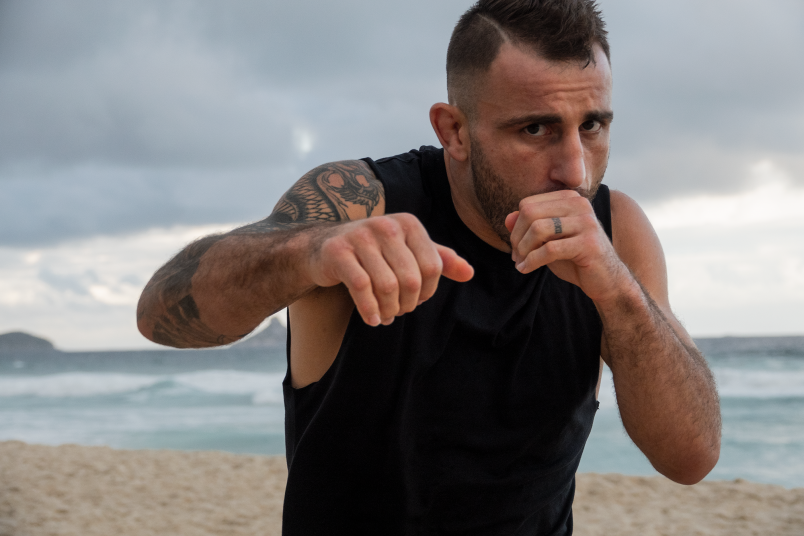 “I'm just a regular bloke from a small town in New South Wales, Australia,” Volkanovski said. “No one knows where it is, no one expects anything big from a regular bloke down here, and I love that. I'm here to prove to the world that it doesn't matter where you live, it don't matter how tall you are or whatever it is. You put that hard work in and you really focus and commit to something you really and truly want, you can achieve it.

“To be able to be myself through the whole process, with people telling me, ‘you need to talk s**t, you need to do this, you need to do that to get the title, to be champion’ or whatever - I don't need to do anything; I'm gonna be me and I'm proud of that. I want your regular bloke who lives in the middle of nowhere to look at me and be like, 'Yes, I can do it, I can be a world champion, I can be the best in the world at something.' I've showed the world that you can do that. You don't need to be in a big city where everybody thinks all the opportunity is. We can make our opportunities ourselves if we stick to it. So that's something I pride myself on and I'm so proud of, as well. That goes into what type of champion I want to be. I love my sport, I love mixed martial arts, I love all martial arts because it's always been about respect and discipline. Yeah, it's changed. But do I hate people trash talking and doing their own thing? No. I respect what they do, and I understand it. It's a business and people do love that. But at the same time, I'm proud of being the champion I am. There have been plenty of champions in the UFC the same as that, and I've always loved those types of guys - GSP, Max Holloway, Aldo, Anderson Silva - they've always been respectful and disciplined and it shows that people will love you if you're the best and that's it.”