Champ Woodley still 'The Chosen One' after besting Maia 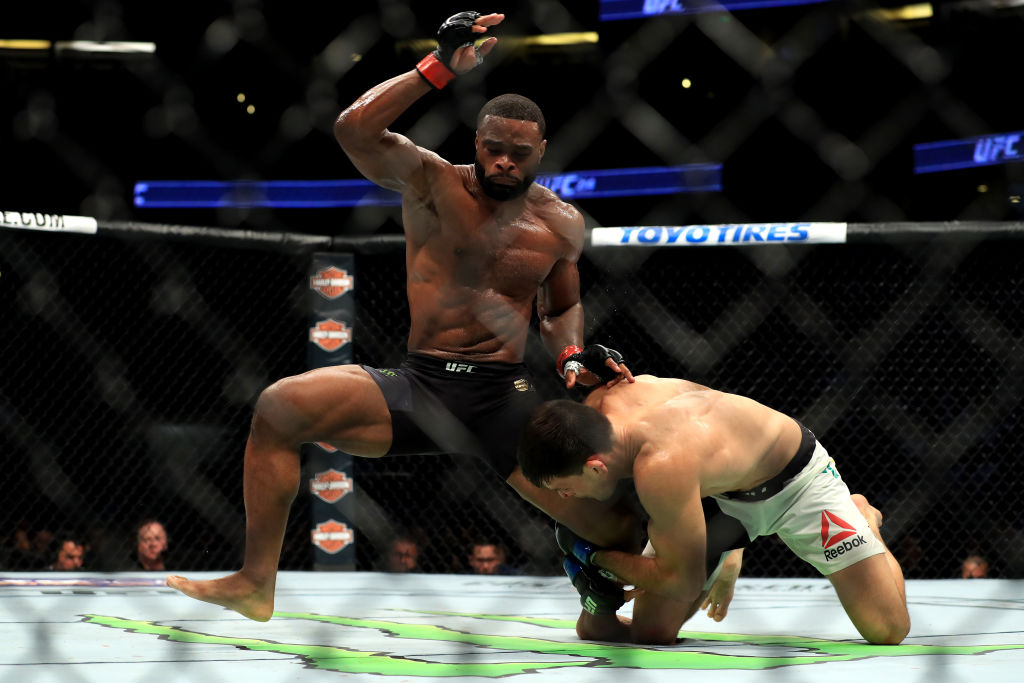 UFC welterweight champion Tyron Woodley defused the ground attack of No. 1 contender Demian Maia in their UFC 214 co-main event at Honda Center Saturday night, winning a lopsided five-round unanimous decision to retain his crown for the third time and set the stage for what he hoped to be a showdown with former champion Georges St-Pierre.

“I’m the best in the world,” Woodley said. “I fought two specialists (Maia and Stephen Thompson) back to back, so I’m excited to fight a freestyle fighter and take on Georges St-Pierre.”

UFC President Dana White said at the post-fight press conference that the next opponent for GSP wouldn't be Woodley, but middleweight champion Michael Bisping,

“He cut off the ring very well,” Woodley said of Maia. “I knew he was going for the takedown, and obviously if I throw a crazy, hooking shot, which I did a couple times, he could get underneath. So I had to be patient. He’s a long guy, he’s a little bit stronger than what I expected and he hit me with a couple left hands, so kudos to him.”

Maia’s several takedown attempts in the first round came up empty and left his eye bruised up, leaving him with little offensive output. Midway through the round, Woodley began throwing at his foe but he was sporadic with his attacks as he made sure not to overcommit.

A right hand by Woodley knocked Maia down 45 seconds into the second stanza, but the champion refused to follow his foe to the mat. As the two stood, Maia fired back hard and continued to look for the takedown, but Woodley’s defense was rock solid and it remained so throughout the frame.

In rounds three and four, the pattern didn’t change, as Maia moved forward and looked for takedowns while Woodley tossed those attempts aside and landed the occasional counter, much to the chagrin of the booing fans.

Maia went hard after the takedown to begin round five, but was turned away once more, and with Woodley not doing much offensively, the crowd erupted in boos again. But the champion got the win and he'll take it.

“This doesn’t bother me at all,” Woodley said of the crowd reaction. “I went out there and had a phenomenal fight. I could go another couple rounds if I had to."