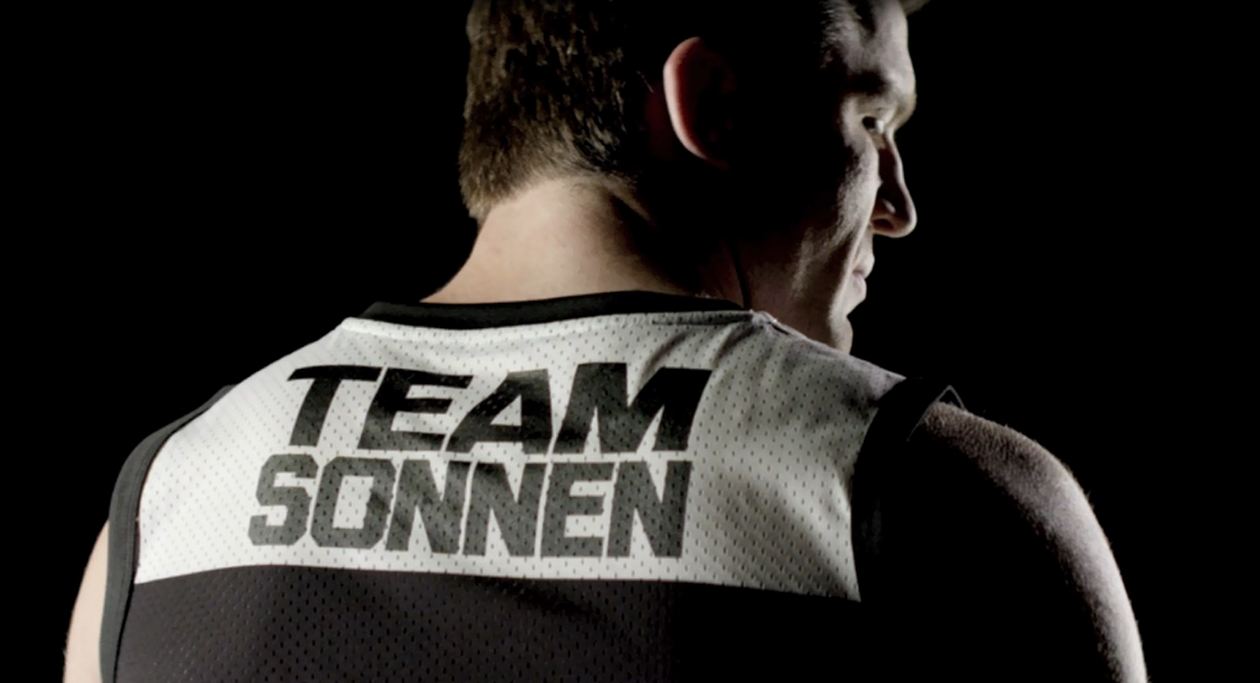 Mixed martial arts’ maverick, Chael Sonnen isn’t one who doles out praise easily, nor will you catch him routinely looking in awe at accomplishments that take place in the sport. But when you ask him about coaching on season 17 of The Ultimate Fighter, which premieres tonight on FX at 8pm, it’s obvious what his feelings are about the whole process.

“I don’t like to leave home,” said Sonnen. “I never like to leave my house unless I absolutely have to, but I’ll tell you, it was the best experience I’ve ever had in this sport, ever. Far and away.”

No one liners, no jabs at the world of reality television or at his opposing coach (and the man he will be facing in the main event of UFC 159 on April 27) Jon Jones, just an appreciation for what the cast of up and coming middleweights went through during their six weeks in Las Vegas.

“Not just the guys I was fortunate enough to work with, but Coach Jones’ guys too, they were all in this together, they had the same goal, and they sacrificed equally,” said Sonnen. “They all ate, slept, and trained in their sport, and the conditions are so difficult. I would compare it to when you’re living with and eating with and riding in the van over to the arena with your competition, and the only thing I can compare it to is the Olympic Games and Olympic village, which is, of course, the pinnacle of all sports. And that’s what this tournament was like. There were no breaks, no rest, no support from home, no outsiders allowed in, no insiders allowed out, and it was pure commitment and dedication. And there were so many times when every single one of the guys had to ask themselves ‘how bad do I want this? Do I even want this?’ And to watch how they responded to that was inspiring.”

A competitor for the majority of his life, Sonnen brought not just world-class fighting skill to the table for his team, but a much different approach to the sport than most of his peers do. Over the years, the two-time UFC middleweight title challenger ridiculed those that said they trained upwards of eight hours a day, and he has never been shy about saying it to the world. So how did his charges on TUF react?

“There were a few guys that misunderstood the concept,” said Sonnen. “You can only train a couple hours a day, that’s true, but in that same vein, they wanted to train seven days a week, and we had to explain, no, we cannot do that. Something’s going wrong here. If you’re able to train seven days a week, then we’re not training hard enough in the five days that we are training. And that concept eventually set in. Their bodies eventually got tired and fatigued and they began to listen to us. But that’s just a normal process. When you’re training hard and you’ve got goals, it’s very difficult to pull back. As hard as it is to train hard and train at the level that a UFC athlete would need to, it can be even harder to put the brakes on and miss a practice. But it’s an important concept and it’s gotta be done.”

Aiding the 35-year-old Sonnen in his TUF duties were his usual Oregon team of Clayton Hires, Scott McQuary, and Jamie Huey, along with Las Vegans Mike Dolce and Vinny Magalhaes. And though TUF 17 will feature Chael being Chael, he insists that he didn’t use the platform to fire the first shot of the psychological war at his future opponent Jones.

“Our fight is completely separate from the tournament,” said Sonnen. “The tournament known as The Ultimate Fighter 17, it’s really important that we don’t interject ourselves. I’ve seen coaches do that and I’ve seen coaches behave and treat the facility as though it’s a frat house, and it’s not. I’ve seen coaches behave like children when they’re adults, and I’ve never really understood it. It’s like so many other things in the sport: I’ve gotta come along and do it so that everybody else can see how it was supposed to be done in the first place, and then they can change their behavior.”

See, it’s Chael being Chael, and if anything, The Ultimate Fighter is likely to make the self-proclaimed Gangster from West Linn even more popular. Couple that with his growing number of commentating gigs and his recent biography, and you have to ask: what makes him still want to get up in the morning and train when he has so much else on his plate?