Cezar "Mutante" Ferreira - Confidence is the Name of the Game

"I’m ready to be the winner. I’ll have my arm raised." - Cezar "Mutante" Ferreira 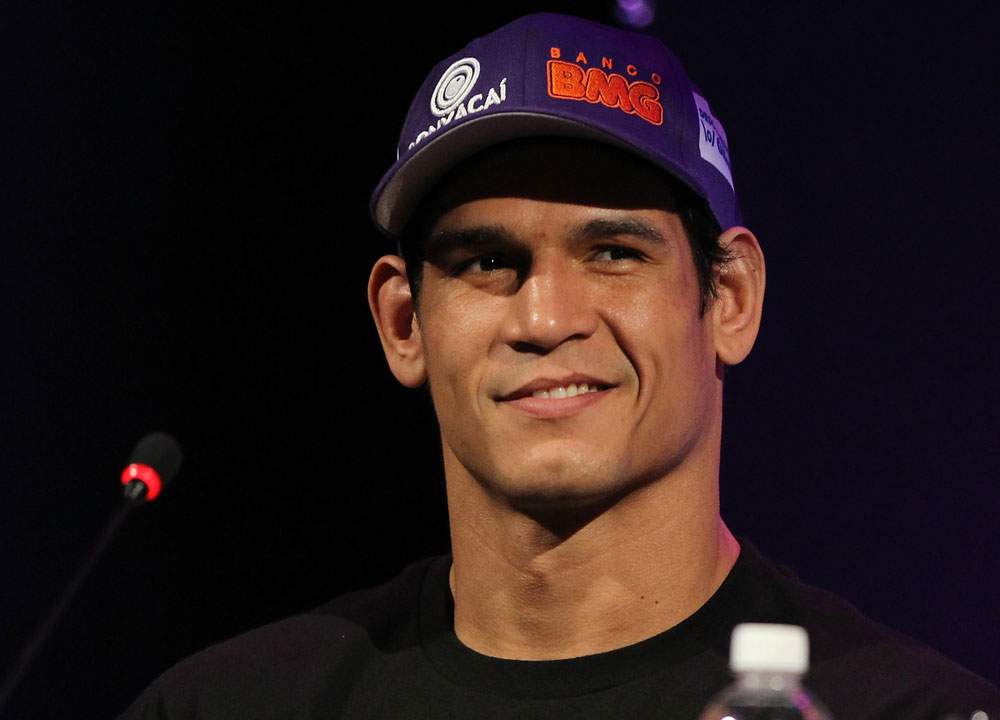 Coming off a knockout defeat and with a record of 4-2, if you compared Cézar “Mutante” Ferreira with his peers on the first season of The Ultimate Fighter Brazil, he doesn’t look that impressive, especially since nowadays, with fighters joining the reality show with undefeated records, Ferreira would likely be the last one to be picked or considered a favorite to win the whole season.

But don’t get the wrong opinion by this first impression. Finishing all three of his fights in the competition, Ferreira, a protégé of former UFC light heavyweight champion, Vítor Belfort, eliminated any doubts and proved that attitude and focus mean more than a 4-2 record.

“The confidence was my key,” Ferreira says. “I like to concentrate on what I can do, and not what’s around me. I believe in my skills, I knew I could make it to the finals, and under Belfort’s tutelage I learned how to impose my will without thinking much about what the opponent can do against you. This is a kind of mindset I have, and it worked for me during the season.”

Even so, Ferreira didn’t have an easy road in his fights during TUF Brazil, with the exception of his Mirko Cro Cop style knockout in the semifinals against Thiago Perpetuo. He had his hands full against Gustavo “Labareda” Sampaio before entering the Ultimate Fighter house, and, inside of it, Leonardo “Macarrão” Mafra pressured him with a skilled Muay Thai attack. Both guys were submitted by guillotine chokes.

“I believe I committed some mistakes, but I still believe I won those rounds where the guys let their games go. I took lessons from those matches and I listened to my corner. They’re there to be your compass, minimizing the risks.”

Inside the house, Ferreira was blamed by Wanderlei Silva for trying to mimic Belfort. He was accused of trying to share the same type of speeches, being also titled a playboy by the coach of the opposite team. At the end of the show, minutes after knocking Perpetuo out with a high kick, many things had changed and Silva switched his opinion about the finalist. Ferreira explains he is what he is, and he just tries to absorb the best he can from whoever he admires, including Wand.

“When you go to a university, you’re going to learn and graduate with as much good knowledge as possible,” he said. “Vitor provided me a lot of “universities” in my career, and when he couldn’t me teach anything at a certain point, he told me to go to another place to learn. So I was able to acquire good things from Vitor and from other athletes I admire, including Wanderlei Silva. He has a great story in the sport, he’s aggressive, goes forward… So I learned that from him and I took it for me.”

For those who think a reality show like TUF Brazil doesn’t add many things to the participants, Ferreira is a proof it’s not true. Living with other fighters isn’t only a clash of temperaments. The new experience created a benchmark for Cezar Ferreira, as his life is now considered “Before and After TUF Brazil.”

“I think I was tested, not in the sporting way, but in dealing with all these things which occur, and you take away this kind of big experience. I believe I matured 10 years living there,” he said. “I know it helped me a lot and it’ll help me from now on; this is the essence of the reality show. The participants have a different approach to pressure, and when you leave the house with good results, you become a super athlete. Examples are in the promotion when TUF winners fought for titles and captured some of them.”

Ferreira should have faced his teammate, Daniel Sarafian, in Saturday’s middleweight final at UFC 147, but an injury sidelined him, opening a spot for the man who fought in one of the semifinals, Sergio Moraes. A few have said the fight will be less tough for the Team Vitor member because Moraes lost. But there’s nothing easy about facing a three-time Brazilian Jiu-Jitsu World champion, a black belt who submits other black belts. Instead, it can be a classic striker vs. grappler match.

“TUF Brazil had 5,000 applications; just the best of the best remained,” he said. “The level is very high, and if you close your eyes and point your fingers to the competitors, you can match a lot of great fights. I don’t see the challenge smaller or bigger because Sarafian is out and Moraes is in. I’m ready to be the winner. I’ll have my arm raised. I’m very well trained and let me tell you one thing - in my head I visualized fights with all the TUF Brazil middleweights when I joined the house. Moraes is an opponent I need to compete with, and I’ll be doing it very well.”