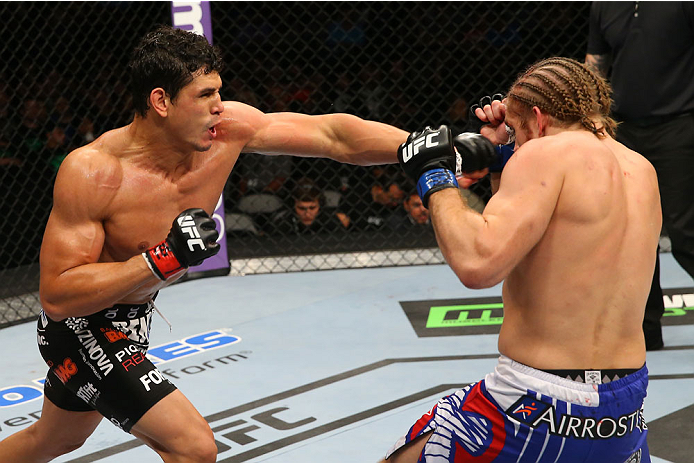 Three years is often enough time to get a good read on a UFC fighter, to figure out whether he has championship potential or is destined to sit in the middle of the road in his particular division.

In June, Cezar Ferreira will be a member of the middleweight roster for three years. Yet already, through five fights and a win on season one of The Ultimate Fighter Brazil, the 30-year-old has shown glimpses of the talent that should serve him well in the future. He knows it too, but he also believes that he has more to show than just brief moments of brilliance.

“It has been good but it could be better because since I became a UFC fighter I had a lot of injuries that prevented me from doing more fights,” Ferreira said when asked to assess his time in the Octagon thus far. “So now I'm good. I am in shape and very healthy, and this year I would like to do at least four fights and go into the top five.”
> WATCH: Cezar Ferreira submit Thiago Santos 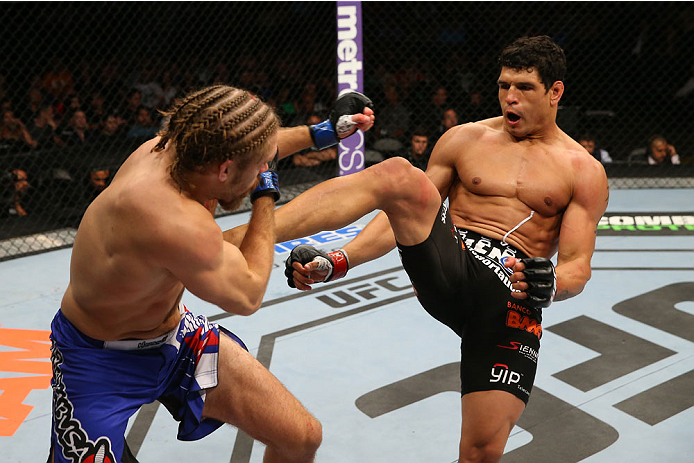 Andrew Craig" width="300px" height="NaN" align="right" />Not top 15, not top 10. Ferreira is shooting for title contention, and if he gets the four fights he wants and wins them all impressively, he could reach that goal by the time Christmas comes around. But there are immediate tasks to tend to, namely a Sunday bout with Sam Alvey.

“I know he's a very tough guy, but I am very confident and know that I'm able to beat him in any area,” Ferreira said, and as a black belt in Brazilian Jiu-Jitsu with knockout power in his hands, he may be right. But no one tuning in to FOX Sports 1 this weekend wants to see Ferreira wrestle or play the ground game with the former TUF 16 cast member.
Alvey can crack, he likes to swing for the fences, and if “Mutante” wants to put to rest any questions about his chin following his March 2014 KO loss to CB Dollaway, this is a good place to start. And considering that he has had the likes of Vitor Belfort, Anthony Johnson and Tyrone Spong, just to name a few, in the Blackzilians camp with him in South Florida, it’s safe to say that he’s gotten dinged a few times. It’s that ol’ steel sharpens steel mentality that has the team from Boca Raton soaring again, with Ferreira one of the key cogs in the machine.

“It (training camp) has been very good because we are pushing each other, and I usually say that here in the gym, we have the UFC every day. We are all training hard.”

Teammate Michael Johnson will join Ferreira on the trip to Porto Alegre, and “The Menace” is a good example of the three-year rule, as it was the TUF 12 alum’s December 2013 knockout of Gleison Tibau that showed the consistency he was lacking earlier in his UFC run. 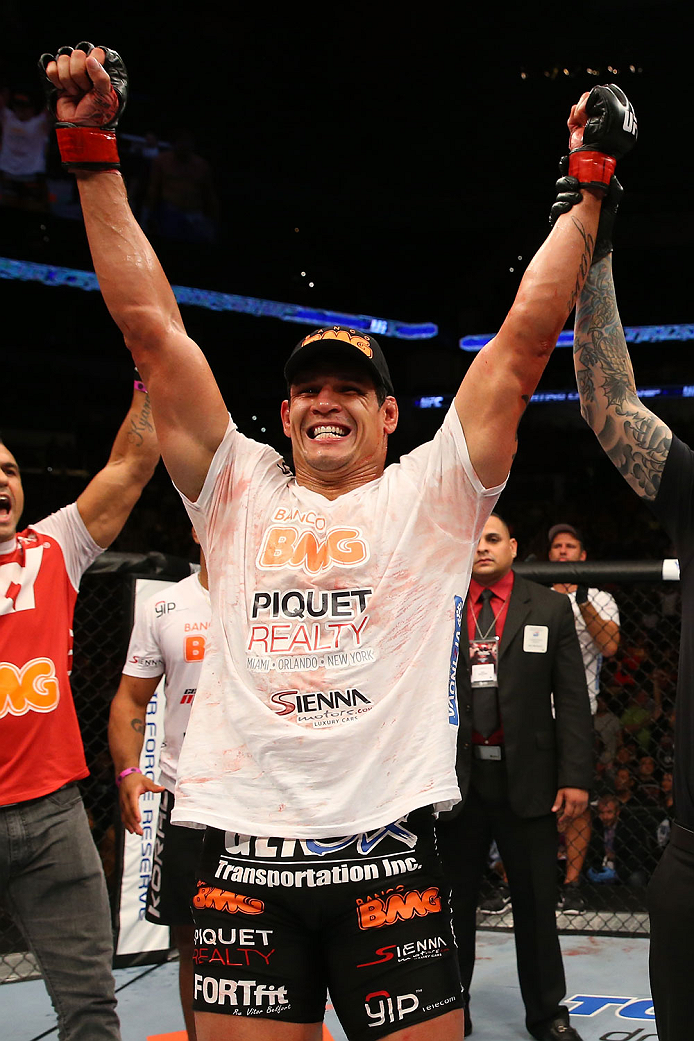 Now it’s Ferreira’s turn, and while he has fluctuated between devastating and hesitant – sometimes within the same bout – the Belo Horizonte product is getting to the point where he’s putting everything together at the highest level of the sport, despite only 12 pro fights. It’s something he says he owes to his time on TUF Brazil.

“The Ultimate Fighter changed my life,” he said. “I remember before TUF my life was so hard. I had to do many things at the same time - a job, college, training and I had to take care of my family. I had to wake up at 5am and go to sleep at midnight after going to college. Now I'm able to live like a professional fighter - I just train and go to rest.”

He makes it sound easy these days, but there’s no way it can be, not with the best fighters in the world, and even his friends, trying to take his head off his shoulders. But for Ferreira, that’s the life he chose and the life he wants, and now he’s on the verge of making it all pay off.

“My focus is the belt and I know that this fight can put me in the top 10 in my category,” he said. “I want fights that will take me to the belt and I am well-prepared for this fight. I'm ready to get in the Octagon and give my best.”