Cerrone without a plan and that's how he likes it 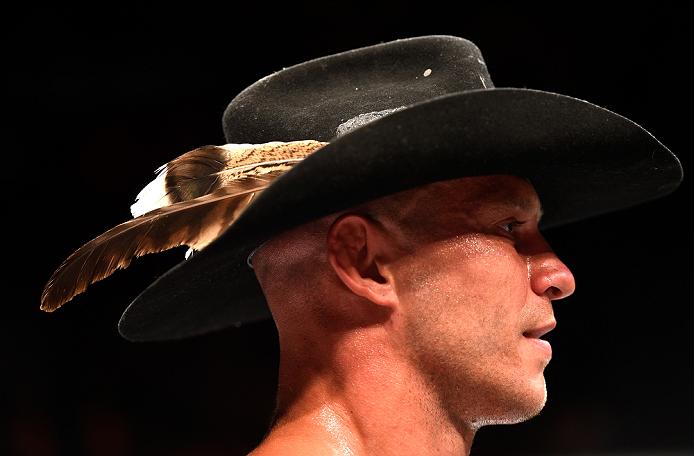 This will come as a surprise to no one, but Donald Cerrone doesn’t exactly have a plan for where his career is headed and what comes next.

Whether it’s figuring out which division to compete in or who’s next on his hit list, the perennial lightweight contender who has looked outstanding while freelancing at welterweight is pretty much winging it and doesn’t have any intention of changing that any time soon.

“I have no idea; no clue,” Cerrone says, his voice crackling on the other end of the phone as he hauls a flatbed full of grown-up toys down the black top en route to Las Vegas. “I don’t know. I’m just having fun right now, man.”

After coming up short in his bid to claim the lightweight title last December, the ornery gunslinger jumped at the chance to jump up in weight, keep active and not have to worry so much about limiting his diet in the days leading up to his fights.

Long and lean for lightweight, Cerrone isn’t out of place in the 170-pound ranks. And instead of walking around during Fight Week wearing a scowl, he’s grinning ear-to-ear as he can nosh on some pork rinds and potato chips as he covers the nearly 600 miles from the BMF Ranch outside Albuquerque, New Mexico and the “Fight Capital of the World.”

While many wondered how his skill set and style would translate competing against larger opposition, everything has remained the same. If anything, the 33-year-old veteran has looked even better while slinging hands in the welterweight ranks, collecting a first-round submission win over fellow cowboy Alex Oliveira in February before turning in a dominant effort against Patrick Cote in Ottawa earlier this summer.

Saturday night at UFC 202, Cerrone steps into the Octagon against Rick Story in search of his third consecutive victory. A win could conceivably put him into the Top 10, where bigger names and bigger opportunities await, but a change at the top of the lightweight division has him considering a return home and ready to throw down the gauntlet should he have his arm raised again this weekend.

“After this fight I’m definitely going to call Eddie out,” Cerrone says in reference to new champion Eddie Alvarez, whom he defeated nearly two years ago when Alvarez was making his Octagon debut. “Why wouldn’t I? It’d be a no-brainer fight. I’d go down there and get Eddie to fight me.”

There is a pause, but it’s not the static that has been scoring the conversation. Cerrone is thinking things through a little.

Cerrone has always marched to the beat of his own drum and been a contender dating back to his days in the WEC, but he seems to have turned a corner in his most recent outings.
RELATED CONTENT: Cowboy talks after second win at welterweight | Matchup against Rick Story | Fighter bio

The slow starts that led to early trouble and long nights in the cage earlier in his career seem to be a thing of the past, as Cerrone and his team have worked to shake up his fight night routine in order to have him hitting the Octagon primed and ready to perform from the outset. He’s spoken about working on the mental side of things too and after a very brief dalliance with putting aside the recreational activities that feed his soul, but give UFC administrators chest pains (particularly when he’s booked to compete), Cowboy has returned to hitting the lake and riding bikes whenever the whim hits him.

Nearly 40 fights and more than a decade in, Cerrone seems to have found his comfort zone and, perhaps, after all these years, he’s finally got things figured out. 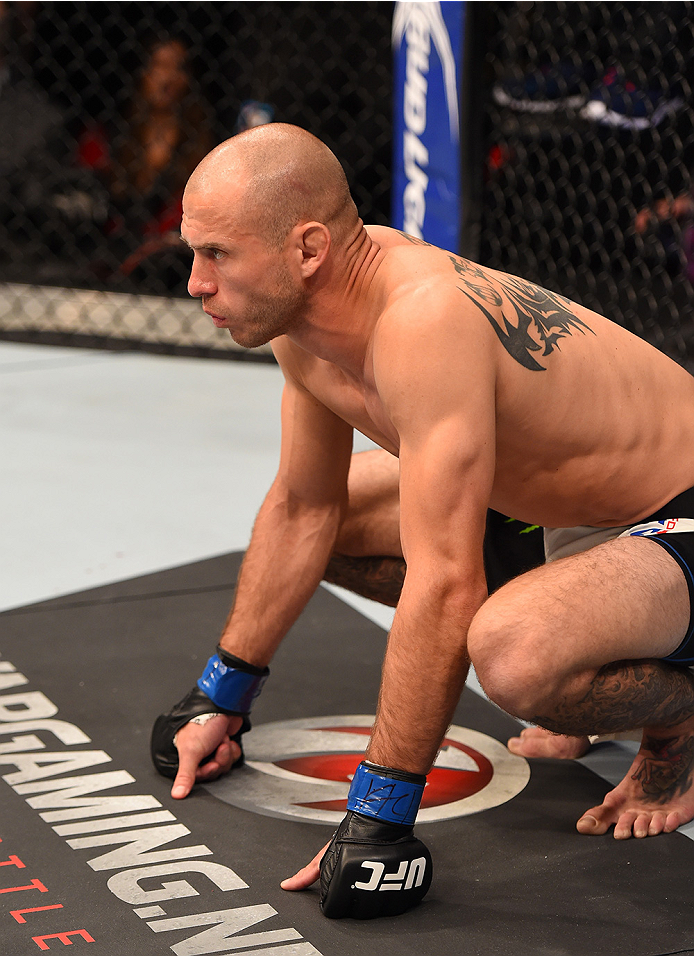 Self-deprecation aside, Cerrone has indeed cobbled together an approach that works for him.

He trains almost exclusively at his ranch now, working with a collection of fighters and coaches that have been with him for the long haul. Recently, he brought on Brandon “Six Gun” Gibson as his striking coach, and is quick to sing the praises of the longtime disciple of Greg Jackson and Mike Winkeljohn.

“You gotta be a weird guy to hang out with me, first off,” he laughs. “Finding those people is cool. I’m a lot, man. I’m non-stop, go-go-go. My friends always tell me whenever they come and hang out, they’ve got to take a vacation from life because they can’t keep up. It’s too much.

“I’ve been with these guys for a long time. Brandon Gibson, I started working with him these past few fights and I really like his energy; he’s a good dude. It’s weird, this sport – some days you’re on and some days you’re not. To be able to fight on your worst day – that’s the struggle we’re dealing with every single day.

“In my career, I’ve changed so much,” he continues, digging a little deeper. “I rarely spar any more. I rarely go down to the gym any more. I do a lot of cardio, I do a lot of drilling, but I actually don’t go live any more. Those days for me are gone, done. New method to the madness, I guess.”

And at the end of the day, regardless of the division, the opponent or what he’s doing in the weeks leading up to Fight Night, there is one thing that has never changed and remains the basis for Cerrone’s success.

“I know how to ball my fist up and unload, so I guess I’ve got that in my back pocket all the time.”