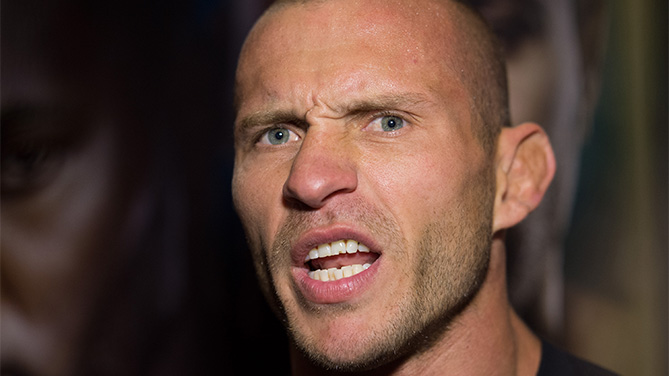 Donald “Cowboy” Cerrone says there’s no chance he’ll underestimate his opponent at UFC 187 on Saturday night, even if everyone else is.

Cerrone, the UFC’s No. 3 lightweight contender, faces unranked John Makdessi in the main card of at the MGM Grand Garden Arena, but he understands that the Canadian fighter (12-3) is a worthy opponent.

“You’re not in the UFC because you’re on the corner with a sign, ‘will fight for food,’ ” Cerrone (27-6) said Wednesday following open workouts. “You’re here and there’s a reason why. It’s the best in the world. It’s not like he’s a terrible fighter. The dude brings it. If you think I think he’s not coming hard, I know he is. This is his win-win chance for him. It’s also win-win for me.”
> READ: Daniel Cormier's Second Chance | Anthony Johnson Strikes Back 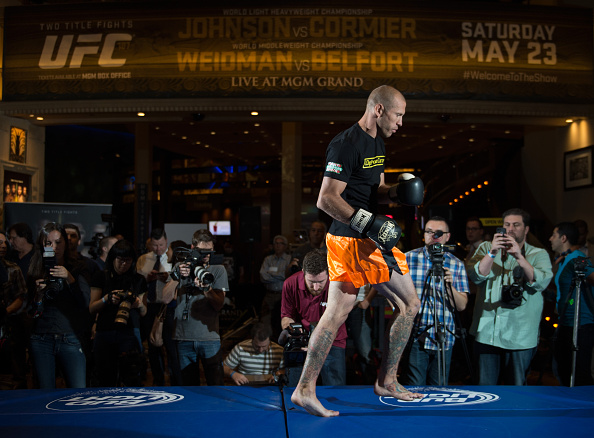 Donald Cerrone holds an open training session for fans and media at the MGM Grand Hotel/Casino on May 20, 2015 in Las Vegas Nevada. (Photo by Brandon Magnus/Zuffa LLC/Zuffa LLC via Getty Images)" align="right" />Cerrone’s opponent was supposed to be No. 2-ranked Khabib Nurmagomedov, but Makdessi stepped in when Nurmagomedov sustained a torn meniscus and had to pull out. Cerrone has been scheduled to face the Russian fighter twice, but injuries force both bouts to be called off.

Nurmagomedov, who has previously beaten lightweight champion Rafael dos Anjos, said Cerrone should get a title shot if he defeats Makdessi.

“Cool,” Cerrone said. “I mean, if I win this fight and they say ‘Cowboy, we don’t know what we’re going to do yet, have a seat,’ I’m taking another fight. But if they say ‘Cowboy, we’re giving you the title (fight),’ I’ll say awesome. I’ll sit and wait.”
> WATCH: KO of the Week: Cerrone vs. Jim Miller 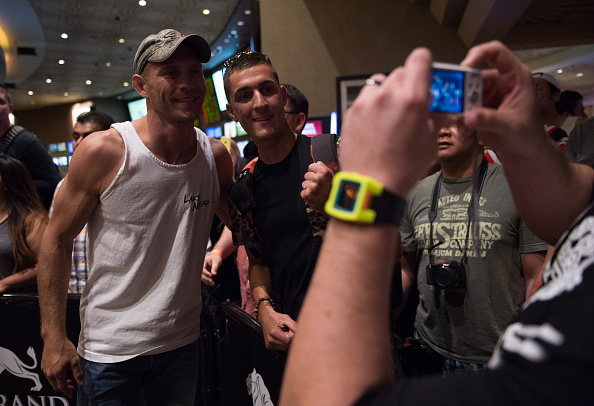 Cerrone was not originally expected to take part in the public workout on the MGM Grand casino floor Tuesday, but he showed up and worked for about 10 minutes. The scheduled participants – Daniel Cormier, Anthony Johnson, Chris Weidman and Vitor Belfort – appeared afterward and worked out in front of a large crowd.

The Cerrone-Makdessi bout is part of the Saturday’s main pay-per-view card. The prelims can be seen on FOX Sports 1 and UFC Fight Pass.

“I wanted to let everyone know I’m not underestimating anybody,” Cerrone said of his decision to join the group. “I’m here to kick ass and take names. My weight’s on point. I feel good, man. I’m ready to fight today.”