Cerrone Has Weight and See Attitude 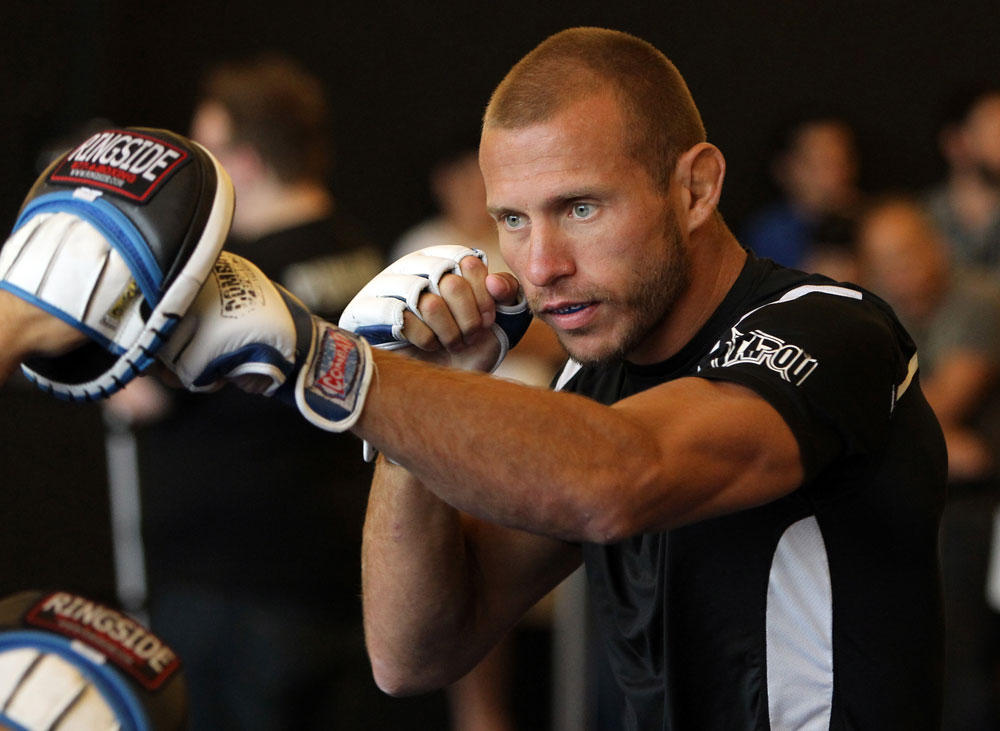 Donald Cerrone has a fight this weekend at lightweight, where he's been his entire MMA career.

But lately, there seems to be some buzz about the Ultimate Fighting Championship's resident "Cowboy" making the move to featherweight. Cerrone is interest in the drop, and there's at least one fighter at 145 pounds who would love to see him there.

But Cerrone has an importat critic of his potential to make the move: UFC President Dana White.