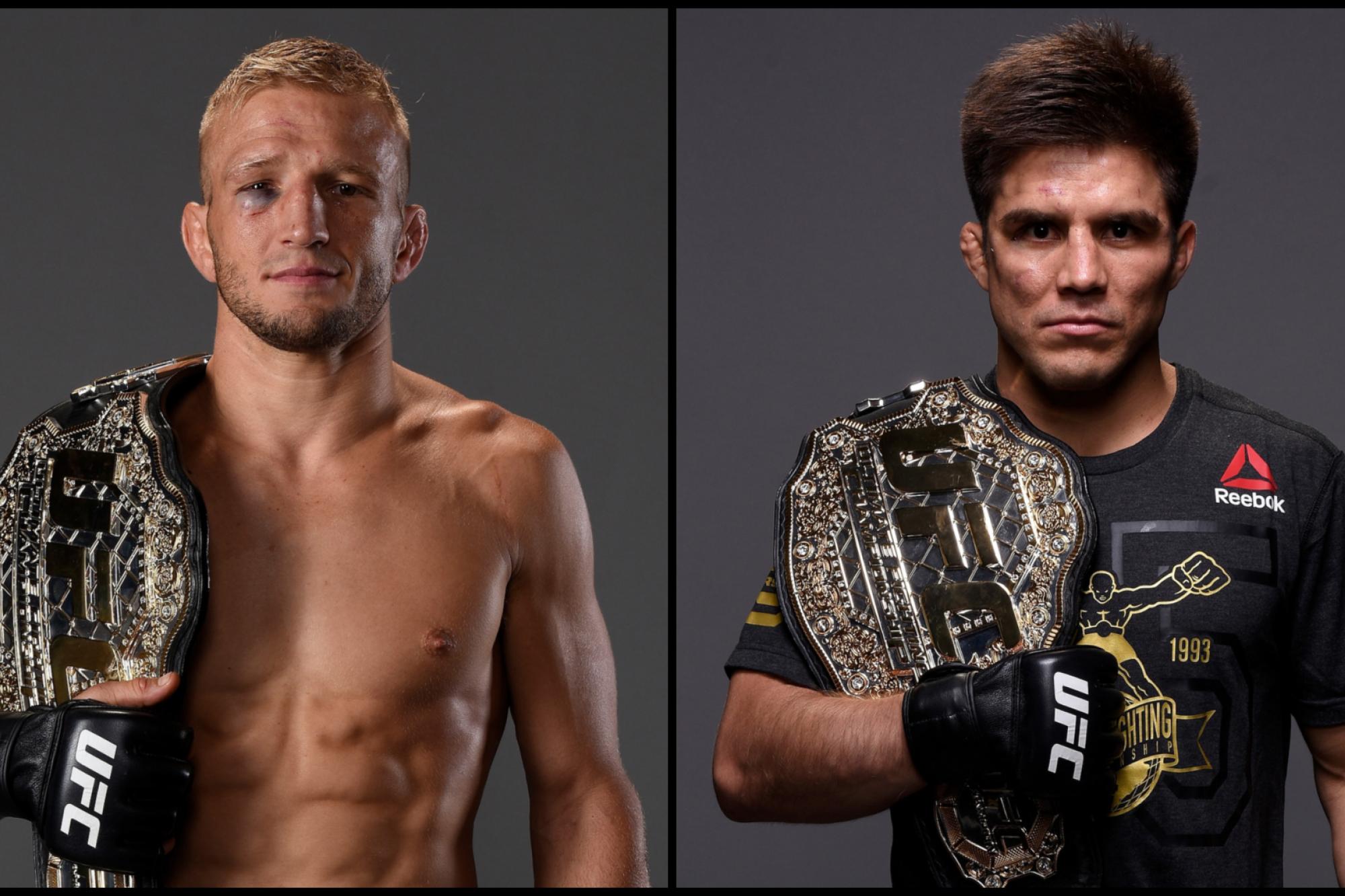 A SuperFight pitting champion against champion is now set for January 19, as UFC bantamweight titlist TJ Dillashaw moves to the flyweight division to challenge Henry Cejudo for his 125-pound crown at Barclays Center in Brooklyn, New York.

This bout headlines the UFC's premiere event on ESPN+.

Currently in his second reign as bantamweight champion, TJ Dillashaw made it two in a row over rival Cody Garbrandt in August, and now he will attempt to make history when he faces 2008 Olympic gold medalist Cejudo. Fresh from an August win over Demetrious Johnson that earned him the UFC flyweight title, Cejudo will make his first defense against a fellow champion in a bout that already has fans eagerly anticipating fight night in Brooklyn.