Catching Up With Frank the Crank

Note to aspiring writers: before any interview, make sure you do your research. You never know what gems you might find along the way.

Case in point, UFC lightweight Frank Camacho. Now I have interviewed “Frank the Crank” several times since his Octagon debut in 2017, and we’ve covered a wide array of topics. But it wasn’t until researching him for our chat last week that I came across a YouTube interview he did with Las Vegas’ The Schmo before his 2019 win over Nick Hein.

In it, they discussed a tidbit I had glossed over in the past, but that I had to address in full in our conversation.

Hey, Frank, is it true that you fought your uncle?

Camacho laughs, more than willing to tell the story of his second pro fight on February 11, 2006 in the Trench Warz (Yes, with a Z, not an S) promotion in his hometown of Saipan in the Northern Mariana Islands.

“If you look at my record, my second fight I beat a guy named Mike Camacho,” he said. “That's my uncle.” 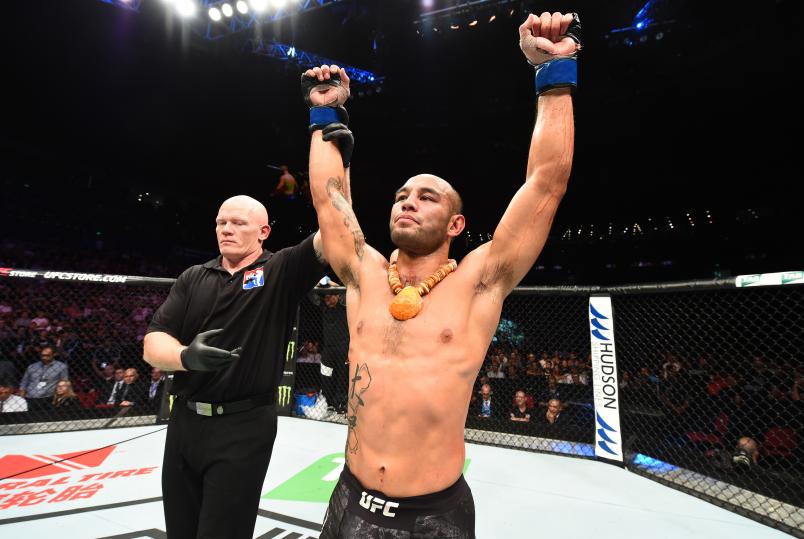 Frank Camacho of Guam celebrates his victory over Damien Brown of Austrailia in their lightweight bout during the UFC Fight Night event inside the Qudos Bank Arena on November 19, 2017 in Sydney, Australia. (Photo by Josh Hedges/Zuffa LLC via Getty Images

And though Uncle Mike wasn’t a first uncle, this wasn’t just some friend of the family who got the uncle title put on him.

“The Camacho family is huge in the islands, but he's a relative,” laughed the UFC up and comer, who was only 17 years old when the first bell rang at the Trench Tech Gym.

On This Day: Liddell vs Couture | Free Fight

“It was still very fresh,” said Camacho of a fighting career that began nearly three months earlier with a 59-second win over Bernie Neth. “They were called NHB fights at the time and it was still like the early UFC days type of training on the islands back then. It was my style versus your style. But we were so lucky that we had a Shooto guy training us, Tetsuji Kato, so we were well-rounded.”

Kato was legit and still an active fighter whose resume read like a Who’s Who of top-level fighters, with the names Hayato Sakurai, Jutaro Nakao, Vitor Ribeiro and Gilbert Melendez standing out. Oh yeah, and he went the distance with some guy named Anderson Silva in 2001. Yeah, that Anderson Silva. 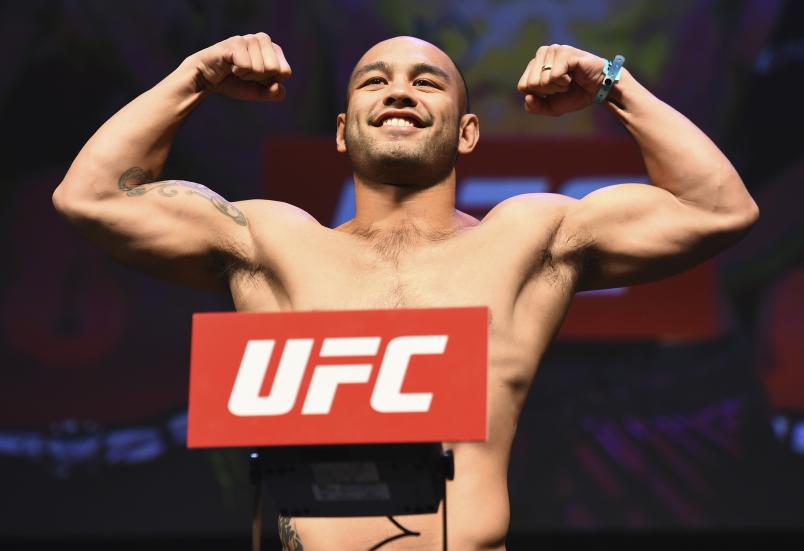 Frank Camacho of Guam poses on the scale during a UFC Fight Night weigh-in on January 26, 2018 in Charlotte, North Carolina. (Photo by Josh Hedges/Zuffa LLC via Getty Images)

Camacho trained with Uncle Mike, who Frank describes as, “an old school martial artist, he did Taekwondo and Aikido and all of that.”

Both were scheduled to fight on the Trench Warz 2 card, but each of their opponents pulled out. That left the duo without a dance partner. But the 38-year-old Uncle Mike had a solution.

“Hey, Frankie Boy, our opponents pulled out and we've been training, so are you down to fight on fight night?”

“Yeah, sure, Uncle Mike. That would be awesome.”

“Just make sure you don't hold back because I'm not gonna hold back.”

Then came fight night. And then it got ugly. But not before a show of respect from nephew to uncle.

On This Day: Hughes vs Trigg 2 | Free Fight

In Chamorro culture, we do something called a Mannginge, where you hold the hand and then you touch them on your nose out of respect. When they rang the bell, I did that to him just to show respect.”

That was the last note of kindness for the next 76 seconds. Camacho remembers his game plan, one centered on the style of a guy called “The Axe Murderer.”

“Prior to the fight, I only had dial-up and I would leave my computer on for like two days downloading highlight reels (Laughs) and, at the time, Wanderlei (Silva) was killing everyone. So I downloaded the Wanderlei Silva highlight reel and he kneed Rampage (Jackson) through the ropes and he was in the clinch with the knees and I was like, 'Man, I'm gonna try this out.'” 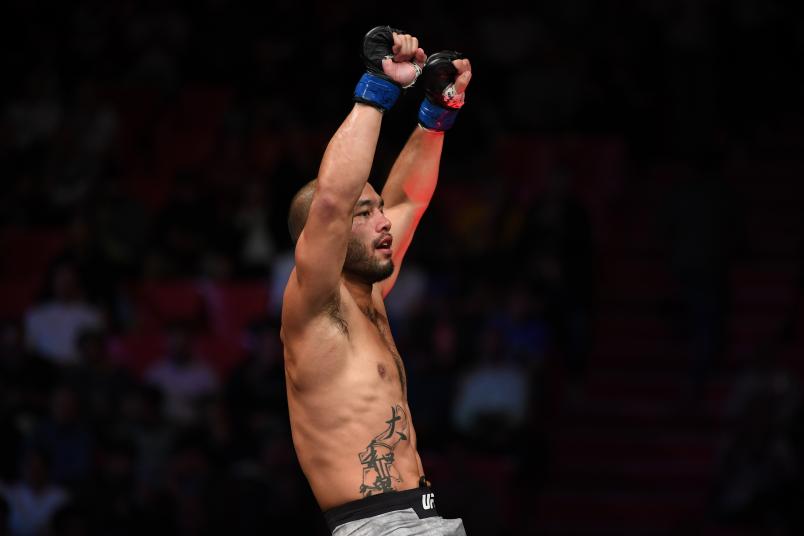 Frank Camacho celebrates his TKO victory over Nick Hein of Germany in their lightweight bout during the UFC Fight Night event at Ericsson Globe on June 1, 2019 in Stockholm, Sweden. (Photo by Jeff Bottari/Zuffa LLC via Getty Images)

He did. It worked. Perfectly.

“I was kneeing him in the clinch and I ended up dropping him and then I started stomping on him and I was like, 'Oh man, I think that was a little too much.'”

Camacho laughs, almost nervously, and what makes this such a crazy story is that he is one of the nicest, if not the nicest, folks in mixed martial arts. So just the visual of him kneeing then stomping his uncle in a prizefight is bizarre.

“I've been like this forever,” said the married father of two boys. “I never got into any street fights, I never got in trouble in school. I played the ukulele for the church choir growing up.”

But he did knock out his uncle.

“The rules were pretty open,” he admits. “It's pretty wild thinking about it now, but then, it was just a fight, island-style. We needed to find something to do on Saipan. It's a super small island, so it was like, ‘Shoo, I'll fight my uncle.’ What a time, man.”

In true island fashion, there were no hard feelings or bad blood between the two after the fight. Camacho says Uncle Mike never missed any of his local fights, and when “Frank the Crank” went international, he was always watching. That doesn’t mean other family members don’t give him a hard time at parties.

“They tell me they say, ‘Hey, Mike, you better slow down before I call Frankie Boy over here.” That was the joke the whole time.” 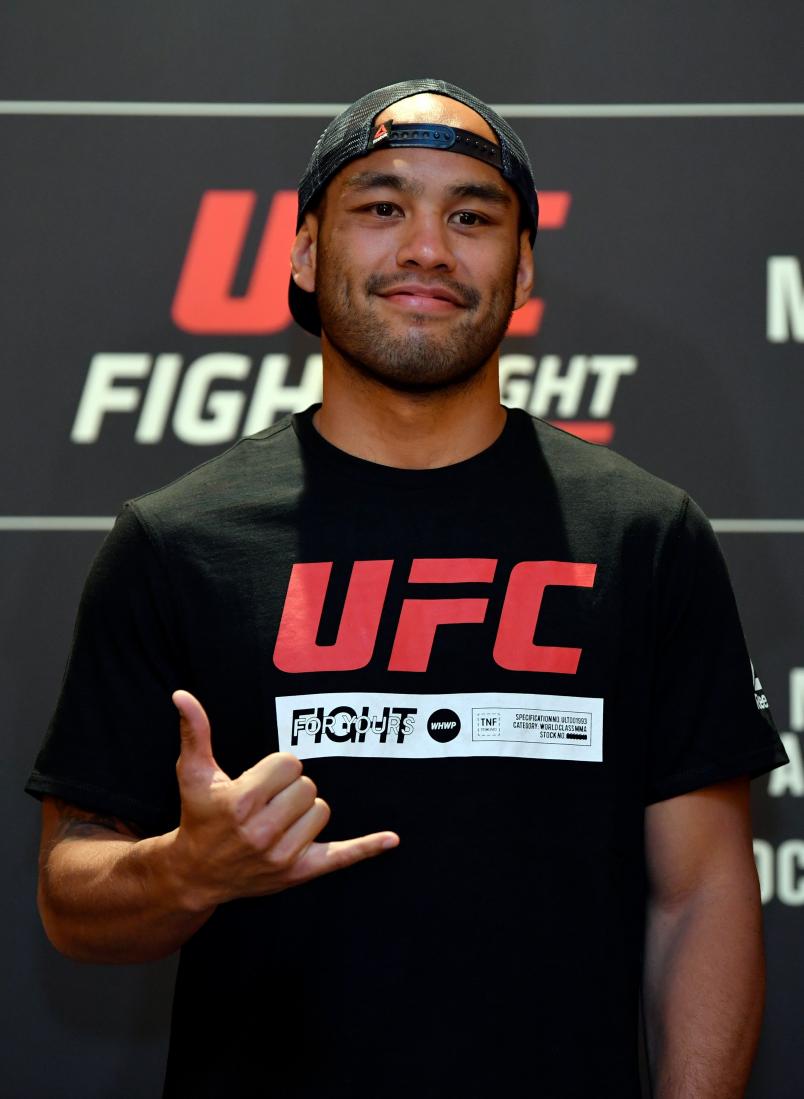 Frank Camacho of Guam poses for media during the UFC Fight Night Ultimate Media Day at the Mandarin Oriental on October 24, 2019 in Singapore, Singapore. (Photo by Jeff Bottari/Zuffa LLC via Getty Images)

Now with some down time at home in Guam due to COVID-19 pandemic that forced the postponement of his April 25 bout against Alan Patrick, Camacho may just revisit that bout on his highlight reel as he brushes up on the mental side of the game until his name gets called again.

“I feel like I'm back where I was two years into training,” he said. “Obviously, we're stuck at home, so I've been doing a lot of stuff that I had been doing when I first started MMA - watching fights, breaking down fights; I have my notepad when I'm watching fights and I’m communicating with coach (Colin Oyama). I'm bothering him and don't care what the time difference is when I text him (Laughs), and it's kind of cool because I'm catching myself working on more of the internal and less of the external. Because the past five, six years of camps, it’s very physical - drilling, banging - and I kind of lost what I'm doing now. So it's a blessing in disguise for me as a martial artist to work on this. A lot of things that I missed or have never really seen, I'm searching for, which is cool.”

I mention the first fight between Diego Corrales and Jose Luis Castillo as a must watch, and Camacho hadn’t seen the boxing classic until later that day. I told him if there was any fight that was in his wheelhouse, it was that one.

“Oyama's gonna kill you for showing me this,” he laughed.