Cat Zingano Has A Plan For Ronda Rousey At UFC 184 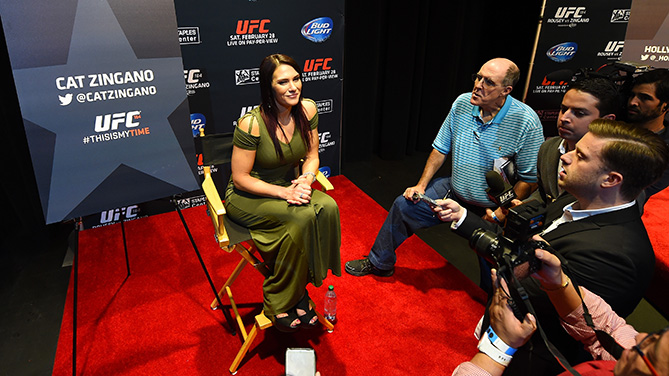 Women’s bantamweight No. 1 contender Cat Zingano has a plan when she faces arguably the biggest star in the sport, Ronda Rousey.

Zingano will to get up in Rousey’s face.

“I plan on being in her face so much, she’s spitting my hair out for a week,” Zingano vowed.
> READ: Cat Zingano Will Not Be Defeated

Whether Zingano will be able to crack the Rousey code is certainly a topic for discussion. During her appearance Thursday with the UFC 184 main card fighters at Ultimate Media Day, Zingano explained exactly why she feels she’ll be the next champion.

“I just know what I’m capable of. Fortunately, and unfortunately, none of you guys have seen my potential yet,” said a confident Zingano, who seemed unfazed by the media circus surrounding Rousey, seatted on the podium immediately to her right. “You’ve seen me come back and land some cool things, but that speaks nothing to what I’m capable of. And I just can’t wait to get out there and do more." 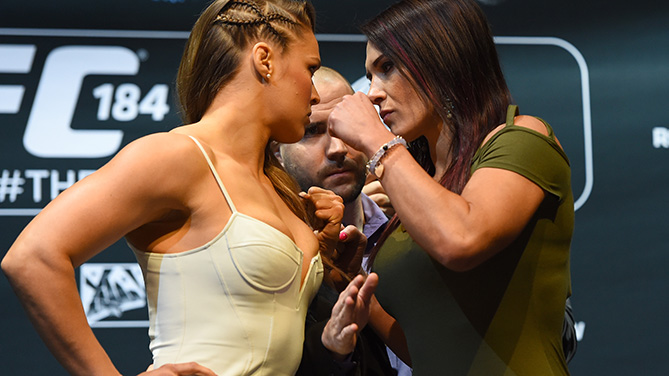 Ever since she first stepped foot onto a wrestling mat, Zingano has had grand plans. She’s soaking up the experience as she takes part in this historic event at UFC 184 – a main and co-main event featuring only women.

“Being here is surreal, and I know how hard I work. I know I do championship-level training. I do everything I need to do to be the best at this sport. Even in all of that, I don’t believe it,” Zingano said, describing the feeling of being a main event attraction. “I’m sitting on this red carpet and this chair while a bunch of people ask me my opinion. It’s cool and on top of that it gives me an opportunity to express myself in this sport, and it has made all the hard work I have done in my life – I started wrestling when I was 12 - come together.”

Zingano couldn’t hide her smile, one that made it clear she’s convinced an upset is coming on Saturday.

When UFC bantamweight champion T.J. Dillashaw slayed the giant that was Renan Barao at UFC 173, the mixed martial arts world went into shock. But Dillashaw has said that he always knew he was going to beat Barao.

Zingano has that same feeling.

“I see it going anywhere. It could really go anywhere,” Zingano said. “I feel like we’re going to be like two spinning tops in there, and ‘pssshhhh,’ or something. I don’t know what that means, but the energy is kind of set up for that way.”

“I just know that when that door closes I’ll be looking at her and it will just come to me what I want to do. The reactions are there, I expect the unexpected, and I’m just gonna go. So far so good, I’m not going to change anything about me.”
> READ: Fighter's Take - Miesha Tate On Rousey-Zingano
In the chair next to Zingano, Rousey was asked about her opponent’s perceived tendency toward slow starts in her fights. Rousey, who has been incredibly respectful of Zingano’s talent and ability, wouldn’t concede there is any weakness that can be exploited — at any point on Saturday.

Is the first round the key to this fight?

“No. I think every individual second is the key to this fight,” Rousey said. 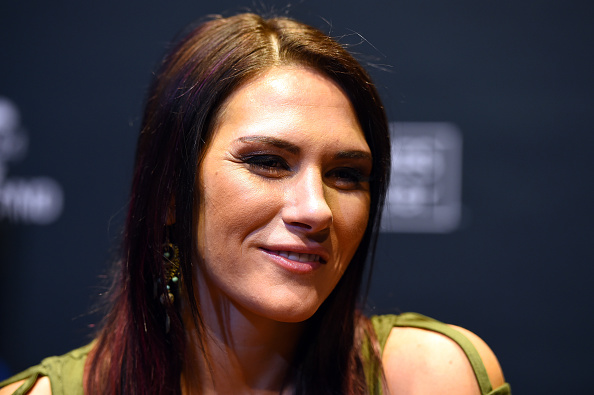 When the Octagon door closes, Zingano thinks she holds the physical advantage over Rousey, and any other competitor in the division for that matter.

Sara McMann fought Rousey tough for a bit, but in the end the champion did what she always does – win.

Zingano said that she is a different fighter than McMann.

“I feel like I’m much more unorthodox,” Zingano said. “I think Sara McMann is an incredible wrestler – I’ve wrestled her and she’s very good – but it’s a different sport. Just because you’re good at tennis doesn’t make you a good fighter. Just because you’re good at wrestling doesn’t make you the best fighter in the world. Fighting is a fight, you’re getting in a fight.”

In her fight with Rousey, Zingano won’t employ a game plan. She’s done it before and, almost always, once the fight gets going, plans change.
> READ: Rousey Rocks The House At Open Workouts

What she will do is take risks and bring the pressure.

“I feel like I’m very strong in my mind, and physically I think I have a lot of technique that I take a lot of risks with, and I make it work,” Zingano said. “When I’m training for a fight I’m training like it’s a sport, but when I’m in there and actually fighting, I’m getting in a fight. It’s preparations, it’s heart, and it’s everything you can’t train for once that cage door closes.”