Danny Castillo checks in with his thoughts on his UFC 177 co-main event against Tony Ferguson... 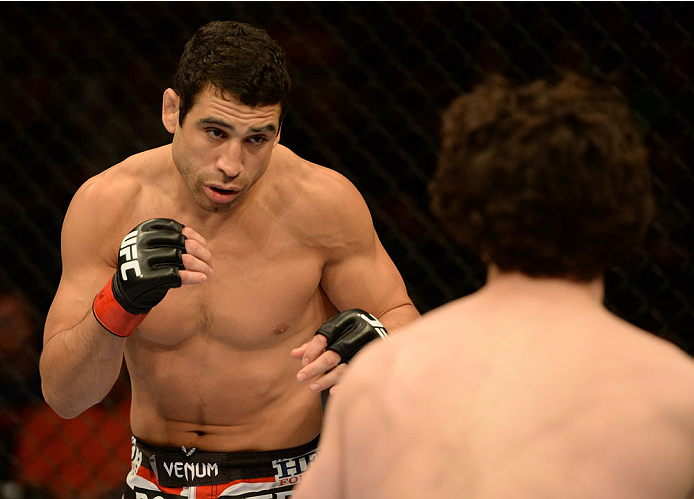 The lightweight clash between Danny Castillo and Tony Ferguson was a top-notch matchup yesterday, but today it’s going to get even more attention as it was announced that the bout has been elevated to the UFC 177 co-main event slot in Sacramento.

For Sactown’s Castillo, fighting at home was enough of a perk for his 19th bout in the Zuffa organization. Now being in the co-main event, that’s even better for “Last Call.”

“It’s a dream come true,” he said. “If you’re into sports, it’s everything you dream about as a kid growing up. It’s validation, and there were so many emotions that I had when I got the news.”

Winner of six of his last eight bouts, Castillo is coming off his most spectacular win since joining the UFC, a blistering second-round knockout of Charlie Brenneman in April, and after a long trek through the 155-pound weight class, he’s finally on the verge of the top 15.

“I’ve been working so hard,” the Team Alpha Male squad member said, “and I’m finally reaping the rewards. I’m super stoked and extremely grateful for the UFC and this opportunity.”

The 34-year-old knows that this brief moment of celebration is over though. Now it’s back to work for August 30 and what he expects to be a fight to remember with Ferguson.

“Both of us really need a finish,” Castillo said. “We fight to a decision in a co-main event and it doesn’t really mean anything. It doesn’t do anything for either one of our careers. So we’re two hungry fighters that are going out for the finish to make a name for ourselves in a shark tank full of lightweight fighters.”