CAST ANNOUNCED FOR THE ULTIMATE FIGHTER: AUSTRALIA VS UK – THE SMASHES™

THE SMASHES PREMIERES WEDNESDAY SEPTEMBER 19 AT 7:30PM AEST ONLY ON FOXTEL
ESPN TO BROADCAST SHOW IN UK

(5 September 2012) – FX and the Ultimate Fighting Championship® organisation today unveiled the identities of the sixteen Australian and British mixed martial artists set to represent their nations in The Ultimate Fighter: Australia vs UK – The Smashes™.

The Ultimate Fighter (TUF™) finalists are among the top fighters in both nations’ lightweight and welterweight divisions, with the Australian team comprised of representatives from NSW, QLD and WA, while the UK team features fighters from all over England as well as Northern Ireland.

“These guys have definitely made the second international TUF show ‘can’t miss’ TV,” said UFC President Dana White. “Going into this thing, I had no idea just how much the Aussies and the Brits can’t stand losing to each other. Now I know.”

Premiering Wednesdays at 7:30pm AEST on FX from September 19, the 13-episode, Australian-produced series follows the selected fighters as they live together in The Ultimate Fighter® house, training and competing against each other for a prized contract with the UFC®, culminating with a live three-hour finale in December. The show will be shown on ESPN UK at midnight on Wednesdays starting on September 19. 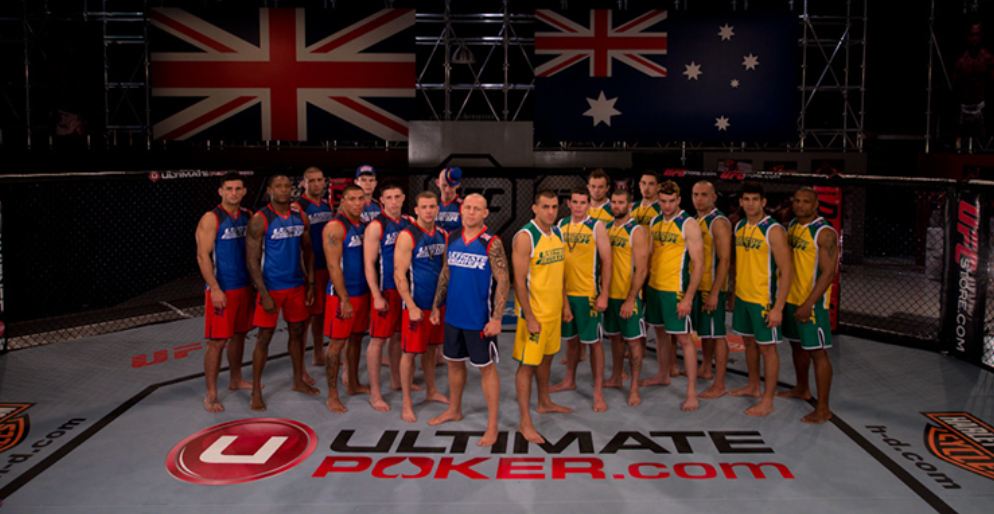 The two lightweight coaches – both alumni of The Ultimate Fighter television series in the Unites States – will also go head-to-head in the Octagon® at the live finale.

Of mentoring his charges, Australian coach George Sotiropoulos said: “It’s a really diverse group of guys on the team, but the thing that’s uniting them is that everyone’s motivated and focused. There’s a lot of personal and national pride at stake but they’re going into the competition with a positive attitude and are really pulling together as a team. I’m very impressed by their maturity.”

British coach Ross Pearson is confident about Team UK’s chances: “Having been where they are, I know exactly what the guys are facing. They’re taking it all in their stride and, despite being so far from home, they’re eager to prove themselves, so morale is high. They each bring unique strengths to the team so the sparks are really going to fly when they meet the Aussies in the Octagon.”

This is only the second time in TUF’s seven-year history that teams will represent their country of origin, the first taking place in 2009 when Team USA took on Team UK.